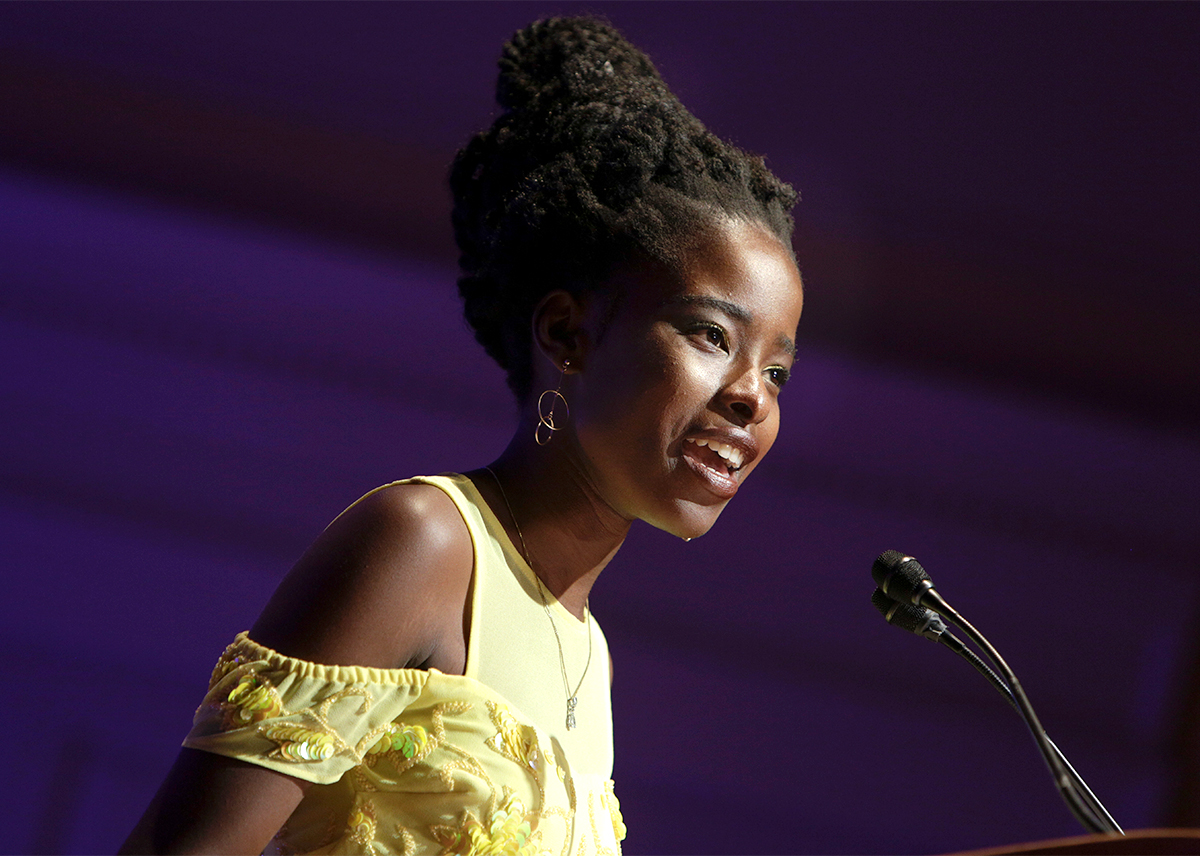 On the one year anniversary of the publication of Call Us What We Carry, we’re celebrating author, poet, and activist Amanda Gorman!

Amanda Gorman’s work centers around themes of feminism, race, oppression, and marginalization. She is best known for reading her poem entitled “The Hill We Climb” at Joe Biden’s inauguration in 2021, after which her notoriety skyrocketed. However, Amanda had achieved incredible things long before her renowned reading at the inauguration.

In 2013, inspired by activist Malala Yousafzai, Amanda became a youth delegate for the United Nations. In 2015, at just seventeen, she published her first collection of poems entitled The One for Whom Food Is Not Enough. In 2016, Amanda founded the non-profit One Pen One Page, a writing and leadership program for young people. In 2021, Amanda released her second poetry book, Call Us What We Carry.

Then came Amanda’s incredible reading at Joe Biden’s inauguration. Following the attacks on the capitol on January 6th, Amanda adjusted her poem, hoping to encourage unity with her words. Of Amanda’s reading, FF2 contributor Roza Melkumyan says, “Her poem pinged all the finest devices in poetry’s arsenal: end rhyme, slant rhyme, surprising language, personification, repetition, and alliteration. Such sound of syllables resonating on the steps of Capitol Hill — the very place a traumatizing incident had just occurred — was just the song we needed. Listeners’ hearts were filled, not just because the poem was well-crafted and emoted, but because we pine for medicine for the soul. This balm is one of poetry’s premier roles.”

Amanda released her third poetry book, The Hill We Climb, in September of 2021. Around the same time, she also released a children’s book, entitled Change Sings: A Children’s Anthem, which she wrote and which was illustrated by #1 New York Times bestselling illustrator Loren Long. Following her reading at the inauguration, both of these books reached bestselling status.

Along with her bestselling books and inauguration reading, Amanda has several other incredible accomplishments under her belt: she was the first poet featured on the cover of Vogue, she was the first person to perform a poem at the Super Bowl, she was named the first National Youth Poet Laureate, she penned the manifesto for Nike’s 2020 Black History Month Campaign, she has performed for Lin-Manuel Miranda, Al Gore, Hillary Clinton, Malala Yousafzai and more. The list goes on and on.

It’s safe to say that Amanda Gorman has been an incredible and influential figure in American culture, even at such a young age. She’s so young, in fact, that she still has several years to go until she can run for president. However, she has stated on several occasions her intentions to run for president in 2036. I, for one, support that wholeheartedly (along with Hillary Clinton, who tweeted her support for the 2036 campaign on Twitter following Amanda’s reading at the inauguration). Amanda Gorman for president! 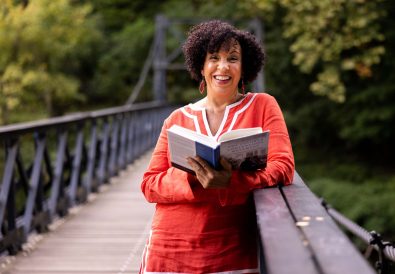 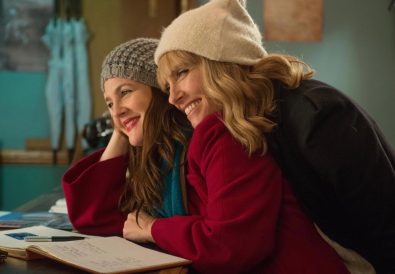 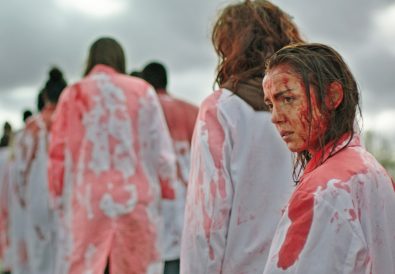 by Julia Lasker December 7, 2022
As an associate for FF2 Media, Julia writes reviews and features for films made by women. She is currently a senior at Barnard College studying Psychology. Outside of FF2, her interests include acting, creative writing, thrift shopping, crafting, and making and eating baked goods. Julia has been at FF2 for almost 4 years, and loves the company and its mission dearly.
Previous Post Next Post