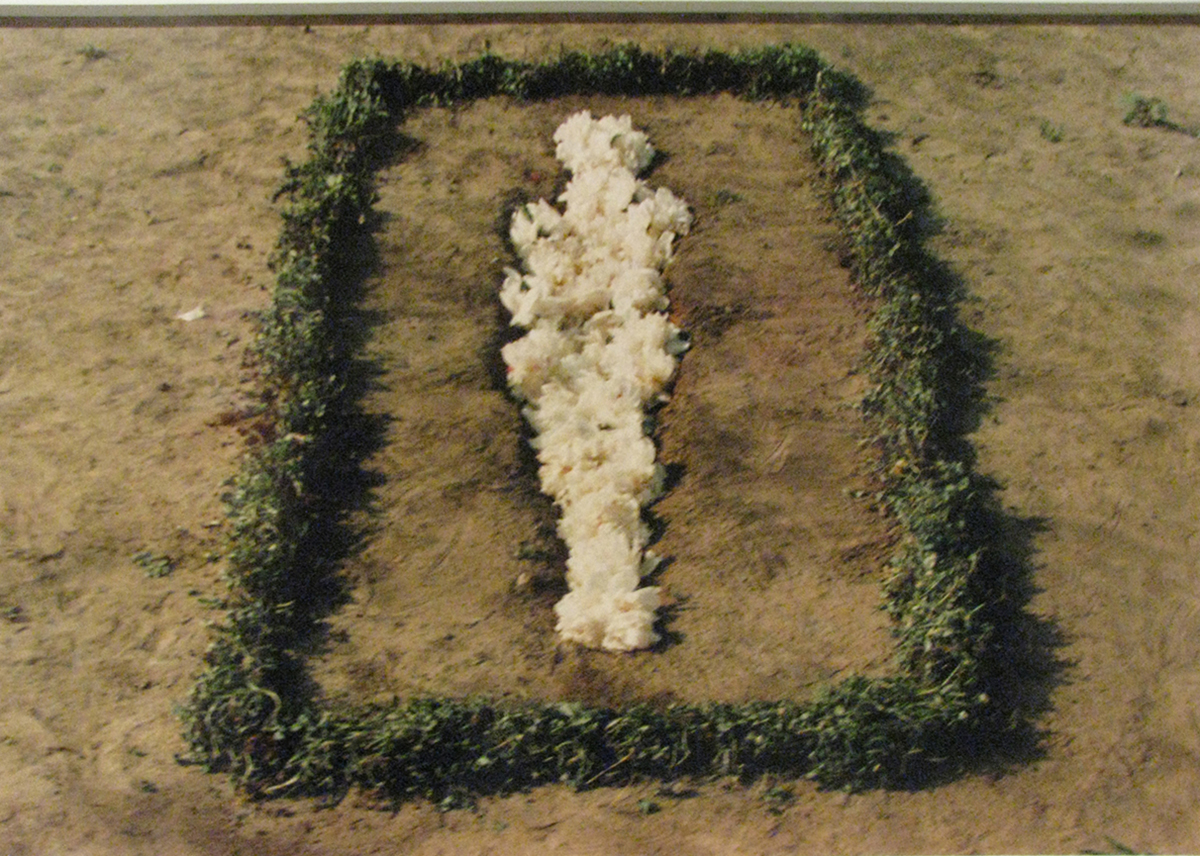 Photograph after photograph depicts silhouettes carved into every natural biome imaginable. From the snowcaps of an icy winter to a captured moment where the explosion of firecrackers traverses up the ridges of a hollow linear body posted up in Oaxaca, Mexico.

The work of the late Ana Mendieta is continuously described by art historians and fanatics alike as groundbreaking, ecofeminist, prophetic, brutal, and a threat to the patriarchy. In my own understanding of Latinx contemporary art and women artists, especially as a Cuban-American woman myself, Ana’s legacy burns continuously. It reminds us that the self is fleeting and yet it is, was, and will be here—ready to accept the permanence of impermanence.

For Helen Molesworth, former Chief Curator at The Museum of Contemporary Art (MOCA), Los Angeles and numerous institutions across the nation, the work of Ana Mendieta resurfaces in 2022 as a story of eerie significance. This year was spent in the wake of threats to healthcare rights and violence against women-born and self-identifying bodies. At the interstice of true crime and contemporary art, Molesworth drives the hosting narrative behind Death of an Artist.

The Pushkin Industries podcast investigates the life and work of Ana Mendieta through the lens of her abrupt death in 1985 at the age of 36. Death of an Artist has crossed the midway point of contextualizing Ana in multiple schemas of who she was during her lifetime: Cuban-born exile, Midwestern art student, emerging artist turned New York transplant, and ultimately, a victim at the hands of her husband Carl Andre.

On September 8, 1985 in Greenwich Village at 300 Mercer Street nearing the half mark of 5am, Ana Mendieta laid lifeless on the roof of a deli in the New York autumn after tumbling down 34 floors from the apartment she shared with Andre. Coming into that knowledge with no prior understanding of Ana, suspicion is easily aroused. What really happened that fateful early morning? The creeping turbulence would snowball in the coming months, years, and decades following the artist’s death.

What really happened that fateful early morning? The creeping turbulence would snowball in the coming months, years, and decades following the artist’s death.

Raised by an intimate family of Cuban exiles, I felt an affinity to the feeling of displacement that was detailed through the violent, sacrificial photographs and earth sculptures created during the 1960s and 70s. I have not felt the wrought extraction of the Pedro Pan passengers. Yet, I saw the pain of escaping one’s homeland through the nostalgia-heavy stories of my late maternal abuelo and abuela. My grandparents did not get to bury their own parents. Ana’s separation as a child from Cuba and her nuclear family at the age of twelve severed a very critical tie of identity that permanently afflicted her work throughout its evolutionary growth.

Ana enrolled as a BA and MFA student at the University of Iowa from 1969-1977. Her motivations were fueled by the foundation of Catholic education of reverence to saints, noted fascination with the immortal aviary figure of a phoenix, and Yoruba and Santeria-inspired ritualistic performances.

The flame ignited by these sources of inspiration burst violently at the seams after the 1973 rape-murder of nursing student Sarah Jane Ottens by football player James Wendall Hall. Like a gut reaction to the horrifying details of the killing, Ana presented Rape Piece: a photographed and staged chilling performance in which the artist remained still for two hours, smeared with animal blood, bent over the kitchen table for her audience.

Rather than an attempt to ride the high of the event’s shock, Ana showcased how any one of us could be a victim of violence. At the heart of Ana’s revolution, there was the encapsulation of anger that was not tied to hysteria. Instead, it was bound to the muffled, haunting realities of being a woman in the world—centuries ago or tomorrow. Where does the violence begin and when does it stop?

Indicted in the coming years and later released on bond for the murder, Hall would roam the university campus as a junior until the commencement of a 1977 prison term that would last six years. He was later freed on an overturned conviction and a new trial in which he would be released from the eyes of the justice system.

Now stationed at the Anamosa State Penitentiary in Iowa on a life sentence, Hall’s cemented fate behind bars would come after the 1992 killing of Susan Hajek. One can only imagine Ana’s wrath. The failings of the justice that should have been served were once again on display through another victim’s slaughter.

In a creeping cyclical matter, Ana herself would move from Iowa in 1978 to pursue an arts career in New York City. She persisted in rendering the motifs of death-driven deities and her signature earth-body outlines—sculptural interventions in the landscape wherein the artist inserted her naked figure (or its outline and contours) in a growing number of biomes and natural elements. Ana would win prestigious grants and enter eminent visual art circles in the metropolitan hub.

In New York, she would meet sculpture artist Carl Andre, and after six years of courting, would marry in January 1985. I do not wish to recount what Molesworth’s Death of an Artist details and summarizes—you can listen to the podcast yourself or read more about Ana through the various catalogs found on her work—but I believe in the veracity of rage that ensued after Ana’s sudden death. It’s a cold case that has yet to be reopened by the authorities and one that remains a topic of personal investigation by art history students, curators, and critical writers alike. I commend those who do not wish to separate the art from the artist and continue to question the fleeting actions that cut the breath of a woman from continuing to rage in this world.

During my beginnings working in the Miami art scene, I’d find Ana at the turning of numerous corners. There’s the estate print bought by a private collector appearing miraculously in the gallery I spent three and a half years working for: a film still of Ana covered in mud within the terrain of Old Man’s Creek in Iowa City. There’s the framed etched-in clusia leaf held onto after four decades of remembered friendship by one of Ana’s peers. The two were based in the same Little Havana where they found themselves as burgeoning artists expelled from the bigger, larger-than-life capital city of Cuba. There’s even the 1998 PhD dissertation that augmented my own knowledge of the artist titled “Ana Mendieta, the Iowa Years: A Critical Study, 1969 through 1977” by Dr. Julia P. Herzberg.

As opposed to the reflex reaction of a hand recoiling from fire, the work of Ana Mendieta never fails to stop me in my tracks.

As opposed to the reflex reaction of a hand recoiling from fire, the work of Ana Mendieta never fails to stop me in my tracks. I operate like a moth to a flame when I’ve passed it in museums, art fairs, and the private walls of commercial galleries. The backstory of the artist feeds into my fascination and personal connection. It’s only magnified by the reverence I wish to pay homage to as artist and rebel.

In the 1976 activation of Anima (Alma/Soul), the dark canvas of the Oaxacan night serves as the backdrop to Ana’s firecracker explosion of a built female silhouette. Using a medium to capture the transience of the moment, Ana filmed the activation in progress as a means of self-preservation. The film stills themselves do only so much in capturing the blazen, hollow body burning rapidly in the darkness. When there is so much quiet and silence, how do you find the space to rage audibly? The emblazoned figure fades from the spark of a fire to the darkness again in mere seconds, and all one sees is the bleakness of the present. The body is fleeting. It exists in a sparky second in time. When the fire is quenched and the dust settles, where does the anger lie?

The Anima (Alma/Soul) silhouette inked into my own spine is a tribute to Ana. My mother was born on the same November 18th Scorpio day as the artist. It is a tribute to the wrath that has weaved my own truth and continues to rear its head at violence I see on a daily basis, none too big or too small in nature.

This past September 8, Galerie Lelong, a leading international art gallery that represents the Estate of Ana Mendieta, posted an emotive revelatory statement:

“🤍 37 years ago today Ana was 36 years old, 2 months shy of 37. She will always be 36 and has now been gone longer than she lived. 37= 3+7=10=1. The number 1 in numerology is the first of all numbers. It puts power into our hands as a symbol of newness and beginnings. It is the number of creation and the birth of all things – the divine origin of the universe. […] Today Ana begins again and again as new people discover her work and others rediscover her unforgettable images that have left imprints in our hearts.”

Thank you Ana. As that same old friend of yours remarked to me when I mentioned my own Anima on the verso of my body: “You’ll carry the fiery spirit of Ana forever.” 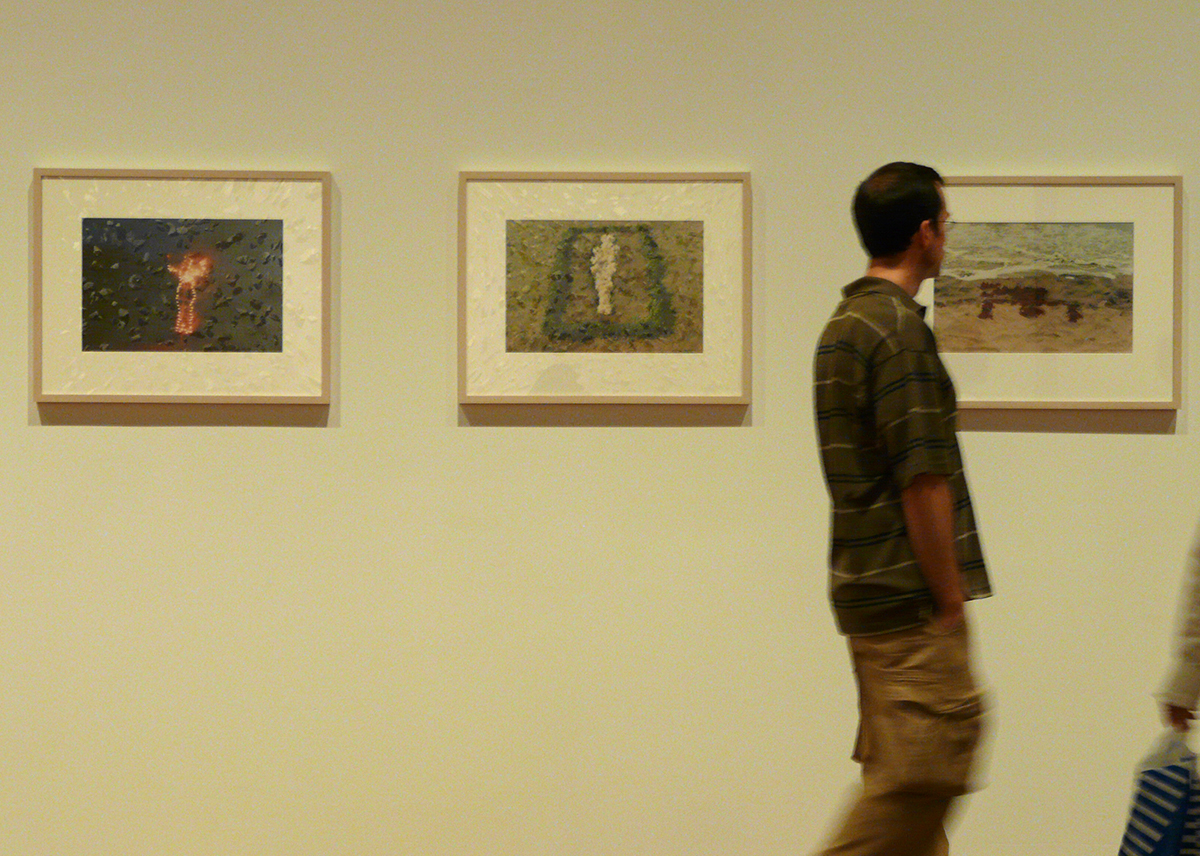 To listen to Death of an Artist, click here. 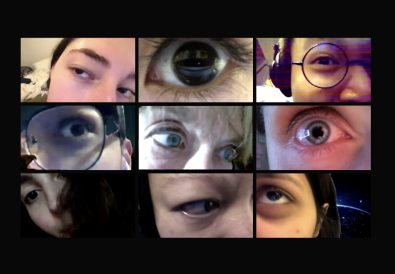 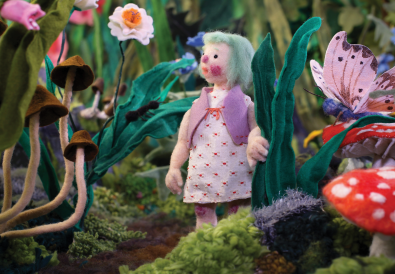 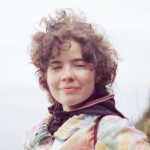 by Isabella Marie Garcia November 25, 2022
Isabella Marie Garcia (she/her/ella), or Isa, as she prefers to be called, is a writer and photographer living in her native swampland of Miami, Florida, where she graduated summa cum laude with her Bachelor of Arts in English from Florida International University in 2019. She divides her time between working as a freelance arts and culture writer whose written for publications such as The Miami New Times, The Art Newspaper, and So To Speak: A feminist journal of language and art, and as a digital and film photographer. She hopes she can help challenge even just one individual to see how important intersectionality is within our world and one’s own local community.
Previous Post Next Post