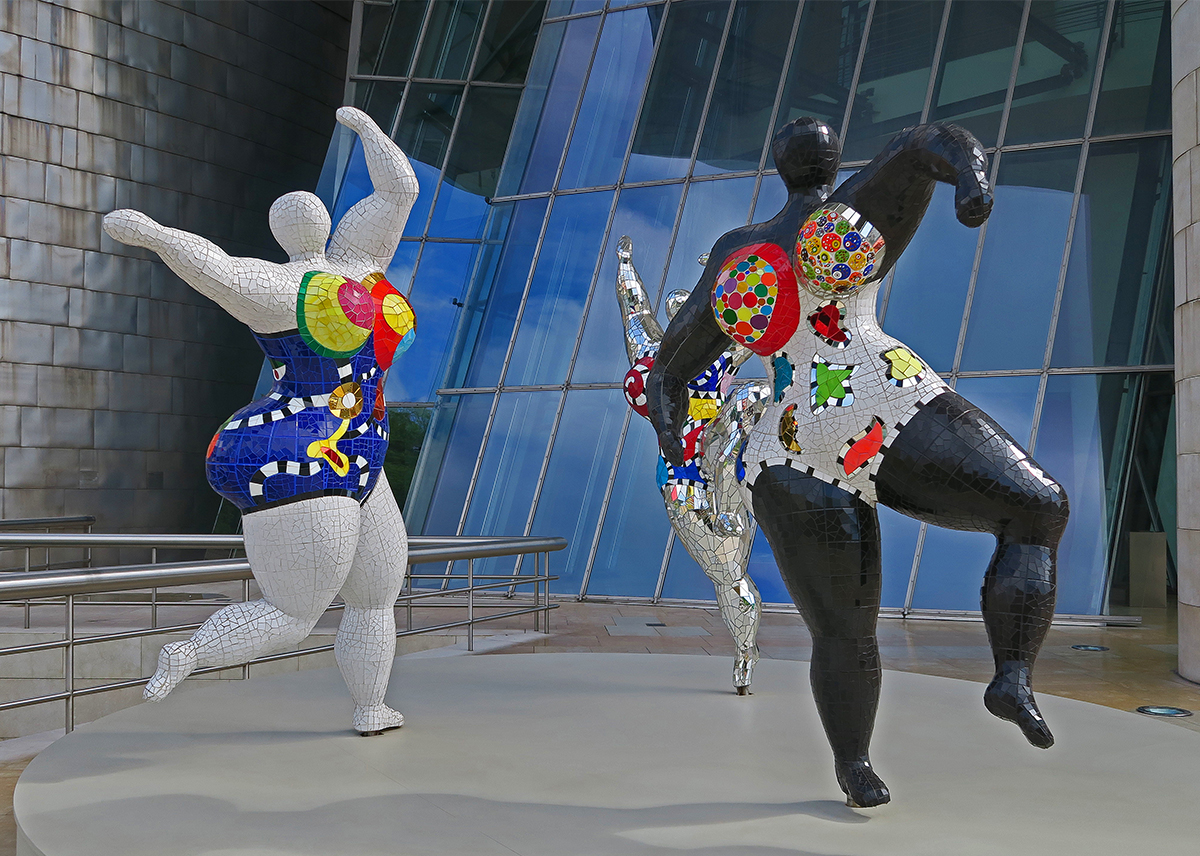 Niki de Saint Phalle is a sculptor, painter, filmmaker and illustrator. She is best known for her sculptures, which combine whimsical and colorful appearances with serious subject matter. In the words of FF2 contributor Jessica Bond, “The whimsical nature of Saint Phalle’s work added an essential component to her art. The use of bright colors, particularly shades of blues, reds, and greens with abstract drawings of humans and creatures created a sense of whimsy that left viewers with a feeling of astonishment alongside the vital message that the work was trying to convey.”

She created a series of works entitled Tirs in the early 60s, in which she suspended bags and cans of paint on white canvases embedded with knives, razor blades, toy guns, dolls, and the like. She would then shoot the canvases so that the paint would bleed out onto its surface. The shootings were themselves performance art; she executed them in front of an audience. Tirs could be understood as a manifestation of Niki’s frustration with the patriarchy; dressed in a prim and feminine all-white outfit, Niki’s performances parodied and protested the limitations of her previous career as a model and actress.

Perhaps Niki’s most iconic work is Nanas, a French slang term that can be roughly translated to “broads.” Nanas is a series of sculptures of women. It began as a protest against the stereotypical roles for women; the early iteration of Nanas depicted ghostly, all-white brides in their wedding dresses and veils, clutching their chests and bowing their heads to the floor. Later, the Nanas became more colorful and took on joyful and exuberant poses, breaking free from their expected roles rather than settling into them. 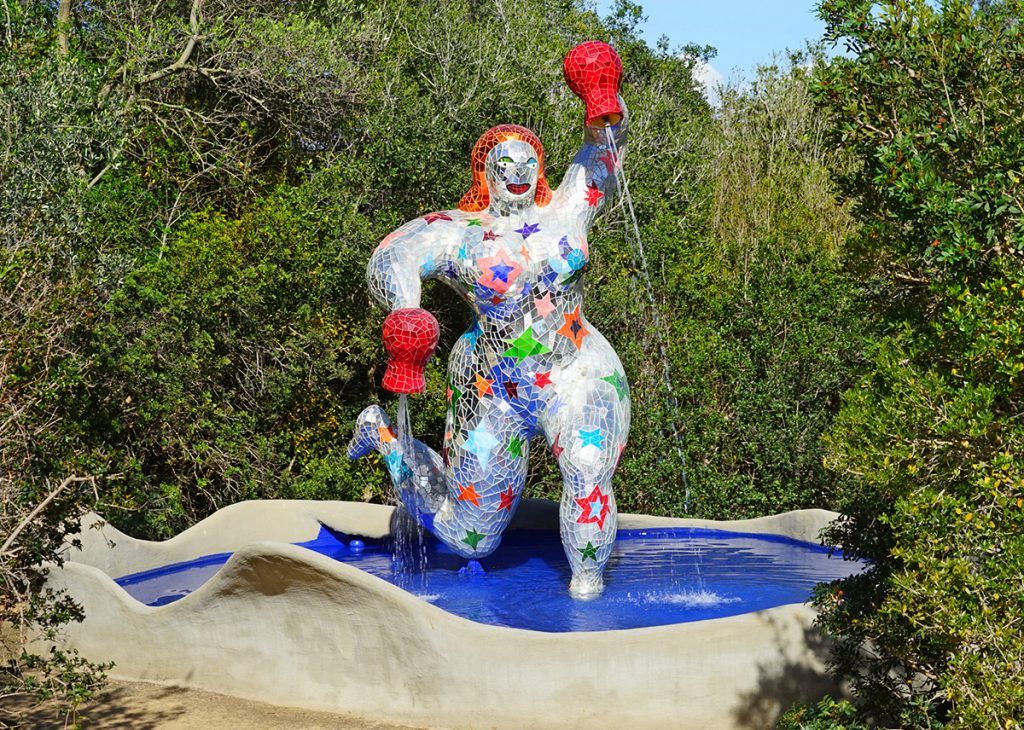 Niki was a woman of many talents; she also designed stage sets and costumes for theatrical productions, as well as creating a surreal horror film entitled Daddy, which depicts a troubled father-daughter relationship. She was also known to work with children. One of her pieces, Golem, depicted a giant monster’s head with three tongues that doubled as slides for the children to play on. Though she was met with pushback about Golem, since many believed that it was too scary for kids, she retaliated by saying that children need narratives about monsters and other scary figures to learn that they can conquer anything. In the words of Jessica Bond, “It allows children to overcome their fears since Golem wasn’t a terrifying monster but a monster that offered itself as a safe space.”

Niki de Saint Phalle was an artist like no other, sending complex feminist messages in a time when the Women’s Liberation Movement of the 60s and 70s was only beginning to take hold, and adopting an exuberant and brightly-colored aesthetic in a minimalist era. The look, feel, and messages behind her art are indubitably timeless. 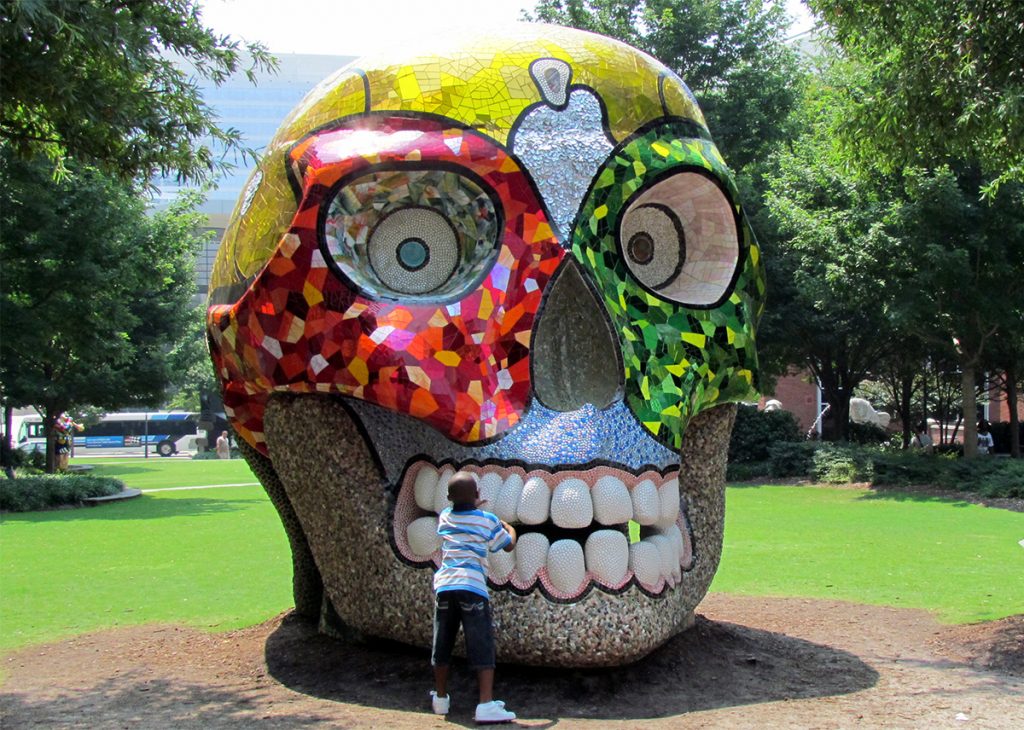 Read Jessica Bond’s review of the Structures for Life exhibit featuring Niki’s work at the MOMA.

Follow link to read review of Niki’s TRACES: Autobiography, Volume I (1930-1949) by Jan Lisa Huttner (FF2’s EIC). Sadly, Niki died before she could publish a second volume, however some answers have now been provided by Nicole Rudick in her recently published book What Is Now Known Was Once Only Imagined. 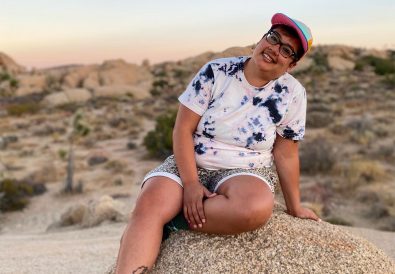 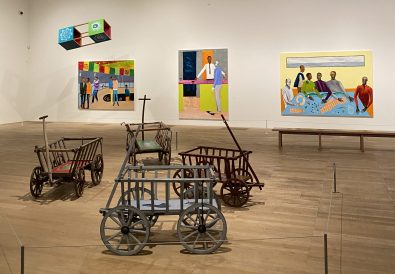 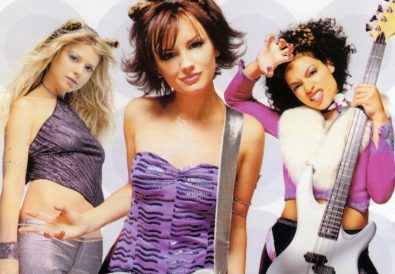 by Julia Lasker October 29, 2022
As an associate for FF2 Media, Julia writes reviews and features for films made by women. She is currently a senior at Barnard College studying Psychology. Outside of FF2, her interests include acting, creative writing, thrift shopping, crafting, and making and eating baked goods. Julia has been at FF2 for almost 4 years, and loves the company and its mission dearly.
Previous Post Next Post