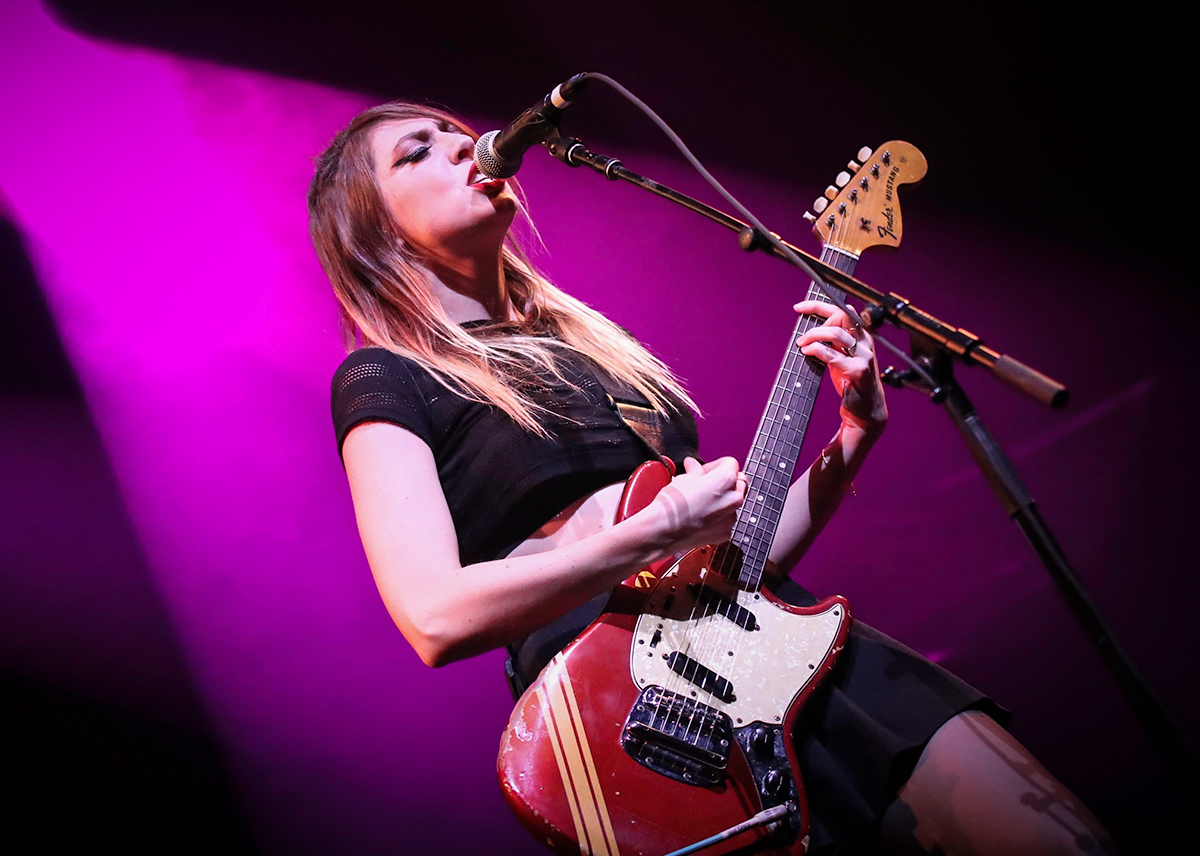 There is something about being a teenage girl that can only be understood once you have experienced it and then lived to step outside of it. The intense, dramatic importance of a returned text, the self-conscious nervousness of being truly seen, the demanded loyalty, the heartache and love, the sometimes petty and sometimes deeply righteous anger, and how all of it feels immediate and inescapable are just a few elements associated with bearing this identity that are both universal and somehow stereotyped only on teen girls. It’s difficult to capture the core of this experience in art, but musical group “Charly Bliss” effortlessly echoes back something about being a teenage girl, perhaps without even setting out to do so.

Eva Hendricks is the frontwoman and guitarist of the group…

Charly Bliss is a power pop band from New York City. Eva Hendricks is the frontwoman and guitarist of the group. She is accompanied by her brother, Sam Hendricks, on drums, Sam Fox on guitar, and Dan Shure on bass. The band is very invested in defending girlhood. This is evident through their lean into pop sensibilities and Eva Hendricks’ lyricism.

Listening to Charly Bliss for the first time is an experience in confrontation. There is no way to ignore or downplay the high-pitched, breathy vocals of Eva Hendricks. The vocals are an immediate and direct declaration, demanding one’s attention and keeping it with unique delivery. The band’s look, and especially Hendricks’ outfits, work to the same effect. In live shows, she is often seen gracing the stage in clothes and makeup that might most accurately be described as loud. These outfits include the fluffy Barbie-pink dress she wore for the band’s appearance on NPR’s Tiny Desk concert, or other iterations and shades of pink skirts and tops.

And then, of course, there is the music. Charly Bliss’ first album, Guppy, was recorded twice before its release. The first recording presented a more grunge-leaning project, which was scrapped because the band realized that it was not authentic to the sound they wanted to produce. The second time around, the record was closer to what they had envisioned for themselves, donning a more power pop punk sound.

This act of doing and redoing, the practice and continuous attempts at perfectibility until you learn your lesson or until you harden a little bit (but without ever giving up) are all reflections of girlhood and growing up. The music is meant to be played loud and screamed along to, and the upbeat tempo of the drums and guitars makes it easy to ignore the message if that’s what you want. But, it’s also easy to lose yourself in deciphering Eva’s poetics throughout the record.

Guppy is mostly angry, but not always directly so. At times, it is also sarcastic and elusive, as if, even in all of its rage, it still stops itself short of saying exactly what is on the tip of the tongue. This is no issue, as the universal and yet deeply personal lyrics make it easy to fill in the blanks. “Percolator” kicks off the album, announcing immediately what the band is about. Eva croons “I cry all the time, I think that it’s cool / I’m in touch with my feelings,” announcing her absolute disregard for people’s perceptions of her, her sensitivity, or her dramatics. The song goes on to crush the manic pixie dream girl trope within three lines of the pre-chorus, “I am pregnant with meaning / could I be more appealing / Writing slurs on the ceiling?”

The upbeat tempo of most of the songs, along with arrangements that simply sound much more positive than what the lyrics unveil underneath, seems to me a more than fitting metaphor in and of itself for people’s perception of girlhood. For some reason, looking back on our younger selves usually elicits a strange, embarrassed disconnect. It seems it is hard to take our past selves seriously at times, considering all the knowledge we have now that we did not then.

“DQ” showcases the anxious fear that circles around girlhood, especially when you’re young enough and don’t know any better and no one wants to give you any answers. “I’m four years above sixteen,” Eva claims, rather than stating that she’s twenty. In this line, she is measuring a current state against what used to be and weighing the odds of what she knew against what she now knows. Teen girls are sometimes known for being mean and maybe this was true in the past, but now Eva claims she is “too sad to be mean” as the weight of consequence and responsibility bear down as one gets older.

Guppy was followed, two years later, by the band’s sophomore album Young Enough. The album is definitely no sophomore slump. Instead, it is measured and self-reflective, another testament to distance perspective and getting older. Eva Hendricks has spoken in interviews about the album and how it is a meditated reflection and therapeutic exercise in beginning to talk about the abusive relationship she was able to escape. The cover of the album might be a dead giveaway, picturing Eva in the bottom corner, illuminated by blue light, isolated, as the rest of the band is pictured in what appears to be a living room, warmly lit and together, glancing towards her, as if unsure how to approach.

The band’s sound on this record is more mellow. None of the songs really reach the crescendo or anger of the first record. Instead, they are interested in sitting with discomfort and what might come up when they do. Framed once again in mostly musically upbeat frameworks, the lyrics of the songs track the fallout of the relationship and what came after. The most touching song on the record for me is “Hurt Me,” a song about sticking around long after you know you should have left, about giving and giving yourself to people that do not deserve you.

Charly Bliss is still crafting their authentic sound. In the progression from Guppy to Young Enough, it is clear the band is not interested in creating the same project twice. The music is evidently an exercise in making their way towards what is authentic to the band. Most importantly, Eva makes sure that in both records, there is a fierce devotion to forgiving yourself for not knowing better. There is an honoring of righteous anger, and there is the championing of the teenage girl inside all of us. 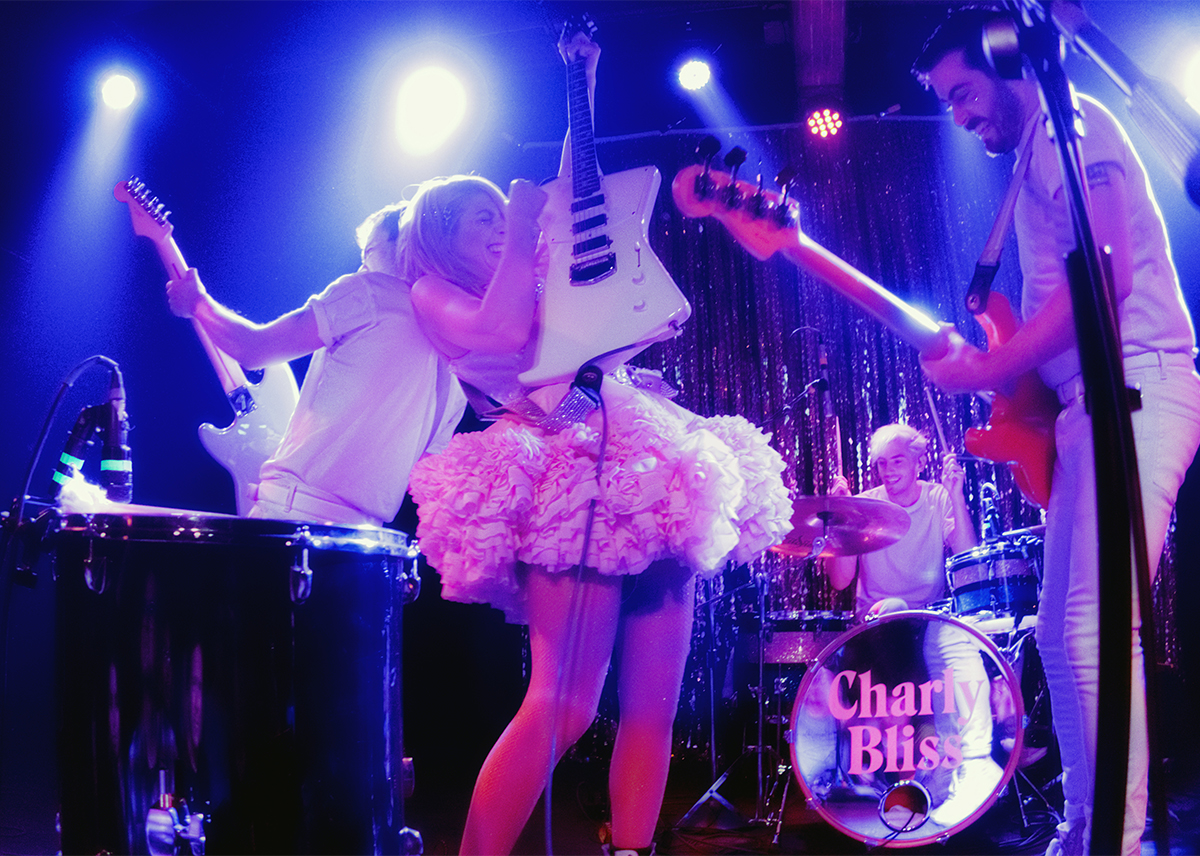 Visit Charly Bliss’ website in order to see when the band is on tour, buy merch, and check out music videos and more.

Visit Pitchfork to read their album reviews for Guppy and Young Enough.

Visit Rolling Stone in order to read an interview with the band.

Visit YouTube to watch a more in-depth interview with Eva and Sam Hendricks. 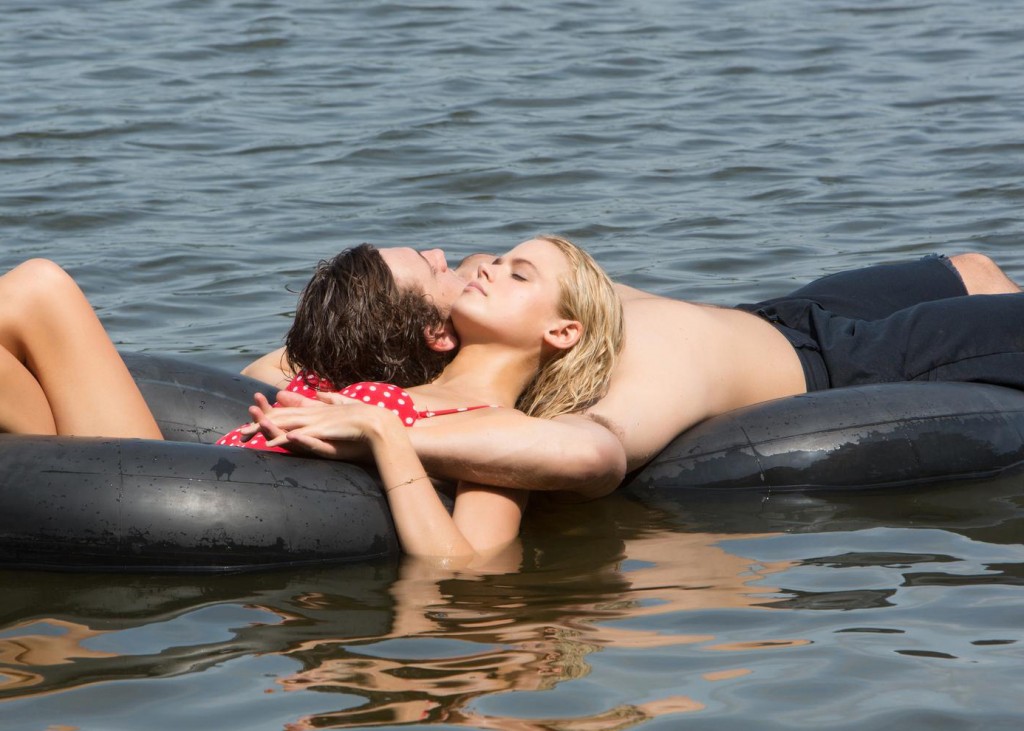 by FF2 Guest Post June 2, 2022
FF2 Media welcomes Guest Posts from writers who self-identify as women. Do you have a passion that you want to write about? Send us a pitch: witaswan@msn.com. We pay experienced writers $100 for each post (of approximately 1,000 words per post). We also need interns for administrative back-up. Compensation for interns begins at $15 per hour.
Previous Post Next Post