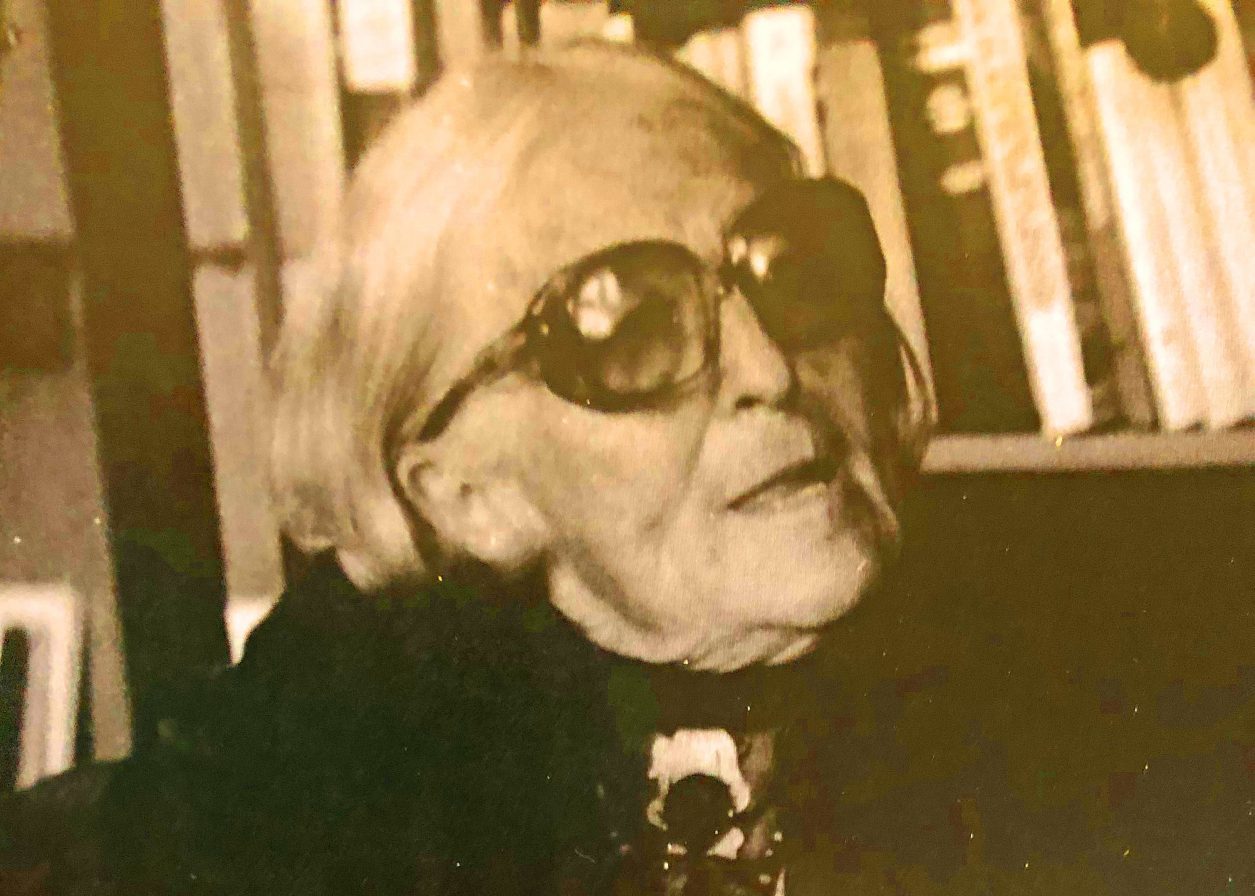 From Jan Lisa Huttner (Editor-in-Chief of FF2 Media): Poet Iris Jamahl Dunkle, having completed a masterful biography of Charmian Kittredge London, is now doing in-depth research on her next subject: Sanora Babb. And FF2 Media is proud to announce that we will be traveling with her!

We have several reasons for embarking on this journey with Iris. First and foremost, Iris is a well-respected writer who delves deeply into the lives of women writers who deserve to be better known than they have been heretofore. By traveling with her, we will not only learn more about her subjects, but we will also learn more about her process. How does one talented woman go about exploring the life and work of another? What will Iris see on her journey that others have overlooked? How will Iris convince us that we need to learn more about Sanora Babb too? When will Sanora Babb reveal herself to us as someone pointing the way forward?

On the Road with Sanora Babb Part 4:

The True History of Meridel LeSueur

In December, I was back on the road with Sanora Babb – this time on a research trip to the Harry Ransom Center at the University of Texas at Austin where the Sanora Babb Papers are housed.

While I was digging through one of the endless folders of correspondence, I made an amazing discovery. Misfiled in another file of correspondence was a 1935 letter to Sanora from Meridel LeSueur (one of the leading radical woman writers of the 20th century).

That’s the way it works in the archives. You are looking for one thing and another thing – something far more interesting – slaps you in the face.

Meridel had written to Sanora after she’d read Sanora’s short story “Unemployed” in the January 1935 issue of The New Tide.

“I think it is time for women to speak.” Meridel wrote having seen Sanora’s gift and wanted to encourage her to lean into it — to use her powers to empower women. “You must write now like a woman, give yourself all your experiences as a woman and make a path… I demand you write more shamelessly and nakedly particularly in your own writing,” said Meridel to Sanora in this letter from 1935.

“You must write now like a woman, give yourself all your experiences as a woman and make a path… I demand you write more shamelessly and nakedly particularly in your own writing.”

Sanora and Meridel would meet a few months later at the first Writers Congress for the League of American Writers in New York City (April 26-28, 1935). Sanora had traveled from Los Angeles “in a one-set, soft top Ford roadster (and nearly froze)” with her friend Tillie Olsen.

Meridel gave one of the main speeches at the conference – a call to action to her fellow writers to write about the agricultural workers in California. Her speech inspired Sanora to take a position with the Farm Security Administration (FSA) a year later.

Serious about writing the stories of women, Meridel practiced what she preached. “That’s the thing about women. They don’t read about the news. They often make it.” Like Sanora, she was a writer who chose to tell the stories of people whose stories had been hidden by the larger, better-accepted narratives.

Meridel (born Meridel Wharton) had a writing career that spanned over fifty years. Born, like Sanora, in the Midwest (in Iowa in February 1900), Meridel was raised by politically active parents. In her teens, she went to Hollywood to become an actor. She landed a contract, but when the studio wanted her to get a nose job, she refused. Instead, she started to write as a gesture of liberation. In her words: “My grandmother, who helped open up Oklahoma and who never took a bath except in her shift, couldn’t understand why I wanted to reveal what she had spent her life trying to conceal.”

Meridel’s writing career didn’t take off right away. She published stories in places like Marianne Moore’s Dial and  American Mercury. Then, her short story “Persephone” – which used myth to tell the story of a real woman – was reprinted in The Best American Short Stories of 1927. But, as she would later explain, Meridel wasn’t interested in fame: “I was less interested in being a commodity. I thought I had become a writer in order to express the lives and thoughts of people who were unexpressed.”

Her writing was bare and gritty, and she wasn’t afraid to tell the understory of America – the stories of the women who’d suffered from starvation through the Great Depression, or who had died of illegal abortions. As she’d write in her essay “Crusaders,” the meaning of women’s lives have been “suppressed within the history of man, the history of an oppressed people is hidden in the lies and the agreed-upon myths of its conquerors.”

As I read that letter in the archives at the Harry Ransom Center, I was struck by what survivors both of these women – Meridel and Sanora – were, and how hard they had fought to tell the unpopular stories, the stories that had been hidden in the shadows.

When I found that letter Meridel sent to Sanora in 1935, I felt like she wasn’t just sending a call to action. I felt the echo of that call to tell the “true history” loud and clear as if it were being spoken directly to me.

Writing a biography about a woman like Sanora is a daunting task. But Meridel’s words make me feel again the importance of my work and inspire me to continue. 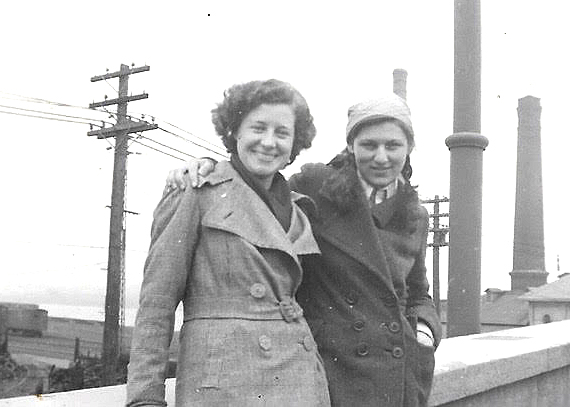 A comprehensive website has been created by the Meridel LeSueur Family Circle: “We are members of the family of Meridel LeSueur—her daughter, her grandchildren, and her great-grandchildren. We are the ones in our big, beautiful family who take care of Meridel’s groundbreaking legacy, working to keep more of her books available, taking care of contracts, permissions, and requests about her work. We’ve organized this website to share and update information about her life, her writing, and the timeless wisdom that shines through it all.”

Sanora’s friend Tillie Olsen is best-known now for her novel Tell Me a Riddle (adapted for the screen by Lee Grant in 1980).

Click here to learn more about the League of American Writers.

Drawing of Meridel LeSueur reprinted with permission from The Sitting Room.

Photo of Sanora Babb and Tillie Olsen in 1935 (on their way to the Writers’ Congress in NYC) reprinted with permission from Joanne Dearcopp (Literary Executor for Sanora Babb).

For additional background, read my FF2 feature Once Eclipsed, Sanora Babb’s Dust Bowl Novel Demands Our Attention which was posted on 9/9/21.

For Part 1 of the series, read On the Road with Sanora Babb: Part 1, Origins and Oklahoma, “… young Sanora sought refuge with the Otoe people…”

For Part 2 of the series, read “On the Road with Sanora Babb Part 2: Donkeywork & Winged Things”

For Part 3 of the series, read “On the Road with Sanora Babb: Erasing Steinbeck to Find the Ghost of My Grandmother” and “Jennifer Sperry Steinorth on Erasing to Find the Hidden New“ 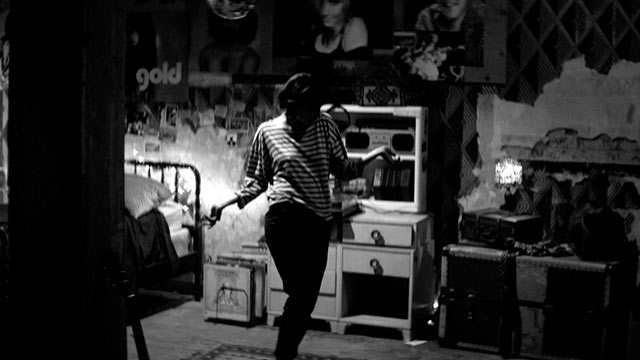 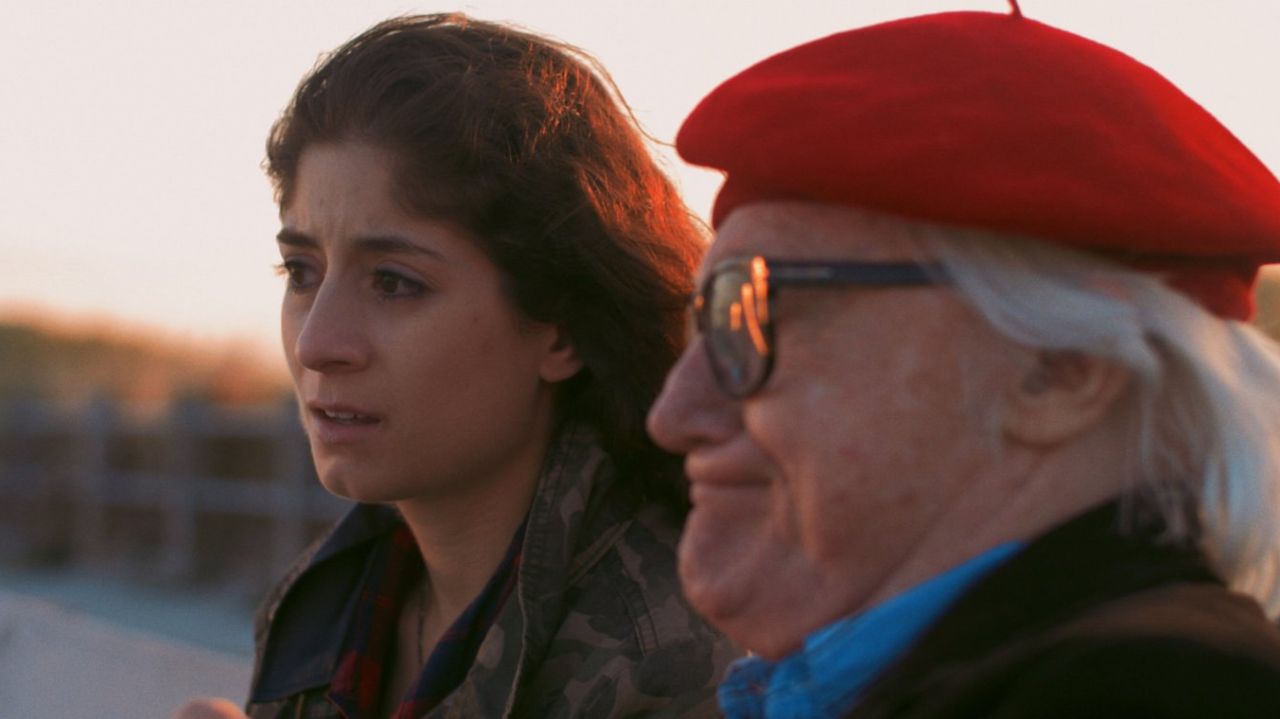 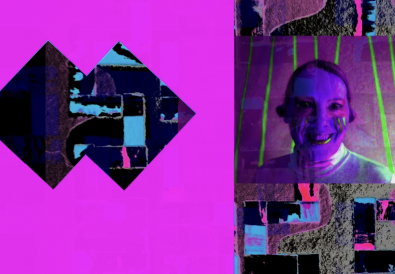 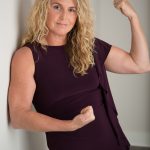 by Iris Dunkle January 18, 2022
Iris Jamahl Dunkle is an award-winning literary biographer, essayist, and poet who lives in Northern California. She wrote the first full-length biography on Charmian London, Jack London's wife, Charmian Kittredge London: Trailblazer, Author, Adventurer (University of Oklahoma Press, 2020). Her fourth collection of poems, West : Fire : Archive was published by The Center for Literary Publishing in 2021. Dunkle teaches at Napa Valley College and is the Poetry and Translation Director of the Napa Valley Writers' Conference and is currently writing a full length biography of the author Sanora Babb.
Previous Post Next Post