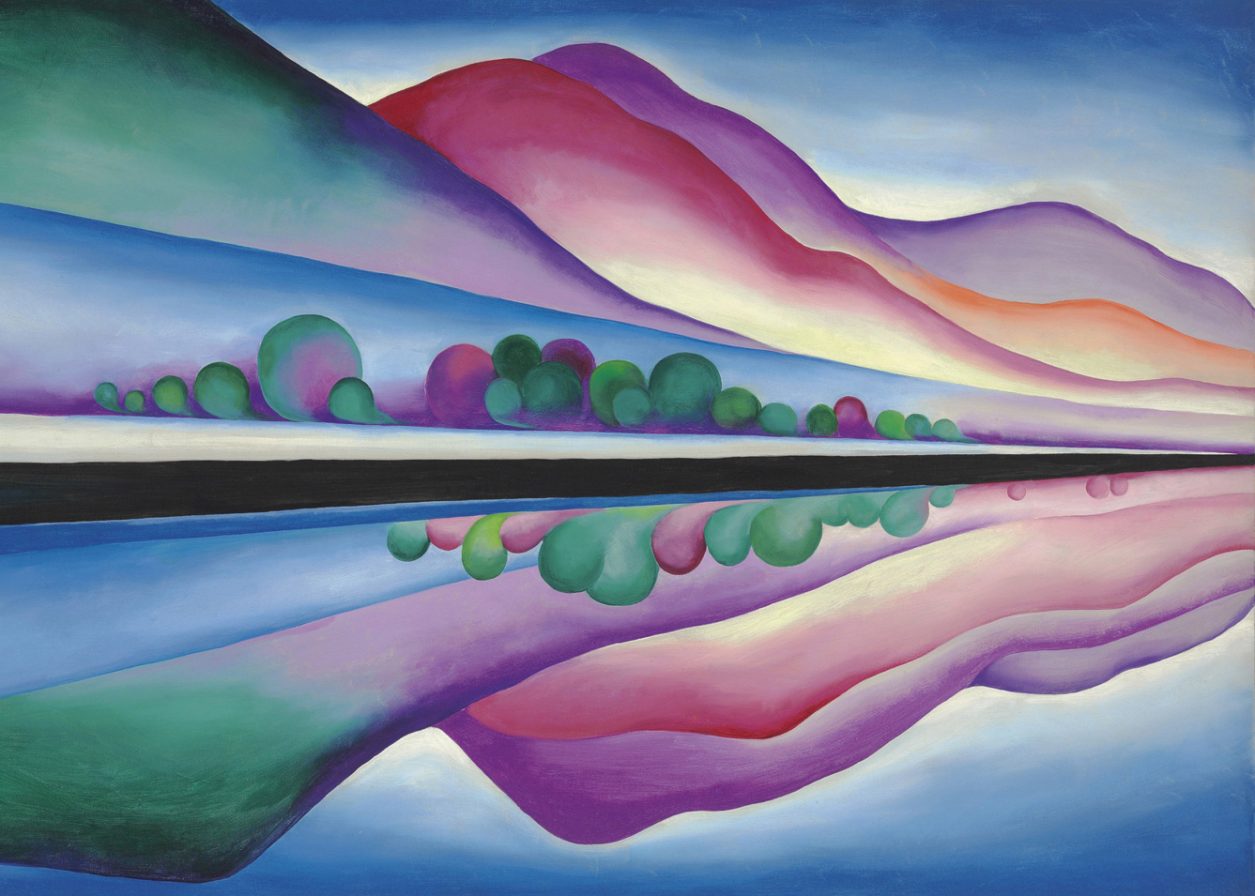 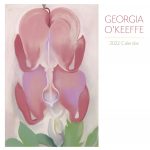 This holiday season, we’re excited to introduce Pomegranate, a publishing and printing company that offers its customers “art you can bring home.” In celebration of Pomegranate’s commitment to inclusivity, we’re proud to spotlight some of the brilliant women artists in their catalogue! Read more about Pomegranate below.

If you ask a group of people to name female visual artists, it’s almost certain that at least one person will mention Georgia O’Keeffe. I remember making paintings of flowers based on her work in summer art camp as an elementary school student.

O’Keeffe is not only the “Mother of American Modernism,” but perhaps the most well-known American female artist to have ever worked with a visual medium. Today she is remembered for her paintings of enlarged flowers, New Mexico landscapes, and New York City skyscrapers, though she was also a pioneer of women pursuing art as a career.

O’Keeffe was born on November 15, 1887 in Wisconsin and grew up on a dairy farm. She was the second eldest of seven children and decided as a young girl that she wanted to be an artist. She received art lessons as a child but knew that she wanted to pursue art more seriously.

O’Keeffe attended the School of the Art Institute of Chicago from 1905 to 1906 before studying with New York’s Art Students League. She learned traditional painting and realism and even won a prize in 1908 for her oil painting, “Untitled (Dead Rabbit with Copper Pot).” She spent two years working as a commercial illustrator and taught art in Virginia, South Carolina, and Texas from 1911 to 1918.

However, O’Keeffe began to develop a new style and experiment with abstraction, inspired by Arthur Wesley Dow’s ideas about simplifying art to basic shapes and the importance of an artist developing a personal style. This new direction energized her desire to be a professional artist once again and she embarked on a series of charcoal drawings.

She used bold colors and simple lines to explore both botanical shapes and cityscapes. She was a key figure in the Abstract Movement in the United States. 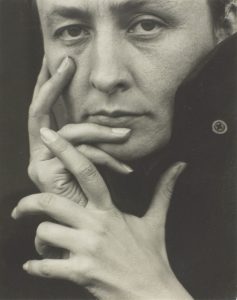 It was around this time that O’Keeffe met another man who would greatly influence the course of her life and artistic career. Alfred Stieglitz was a photographer and art dealer, who was well connected within New York circles. Her staged O’Keeffe’s first exhibition in April 1917 after including ten of her pieces in a group exhibition the year before.

In 1918, she moved to New York as Stieglitz had offered to fund her work for a year. Though he was already married, the two fell in love and entered into a relationship. She certainly influenced his artwork as he took many sensuous, often nude photographs of her. In 1924, after his divorce was finalized, the pair got wed and lived together in New York until his death in 1946.

Stieglitz worked tirelessly to promote her art and ensure that she was independently financially secure. He believed, unlike many at the time, that female artists could be entirely equal to male artists. With his help ensuring people saw her paintings, O’Keeffe was a celebrated and popular artist by the 1920s.

However, Stieglitz’s photographs of her influenced the Freudian interpretation of O’Keeffe’s work which she herself was opposed to. Many at the time theorized that her paintings (in particular, those of flowers) were meant to comment on or mirror the female body. She denied this and may have moved away from abstraction to escape these readings of her work.

O’Keeffe was a member of the National Woman’s Party, a radical feminist organization that had been founded in 1916 to promote women’s suffrage. After the vote was won, the organization continued to fight on behalf of women’s rights. Thus, it’s not surprising that O’Keeffe resented the gendered interpretations of her work.

After Stieglitz’s death, O’Keeffe moved permanently to New Mexico. She had begun visiting the state in 1929 and her work was very influenced by the scenery she saw there. In the 1950s, she started traveling internationally and her painting was inspired by what she saw abroad in places like Peru and Japan.

She wrote an autobiography, Georgia O’Keeffe, with the help of Juan Hamilton that was published in 1976. The following year, she contributed to a documentary, also named after her. Later in life, painting became difficult for her as her eyesight deteriorated and she needed the help of an assistant. However, she continued to create art until her death on March 6, 1986 at the age of 98 years old.

O’Keeffe is an important example of one of the first full-time female artists to be recognized by the New York art world. Her painting “Jimson Weed/White Flower No. 1” from 1932 was the most expensive painting ever sold at auction by a female artist.

O’Keeffe was a trailblazer for women in the arts and yet she was adamant that her work should not be judged differently because of her gender. She famously said, “The men liked to put me down as the best woman painter. I think I’m one of the best painters.”

A new Georgia O’Keeffe 2022 Wall Calendar is available for purchase on Pomegranate.com. Check it out here!

Please support this FF2 project by ordering directly from Pomegranate rather than from Amazon. Thank You! 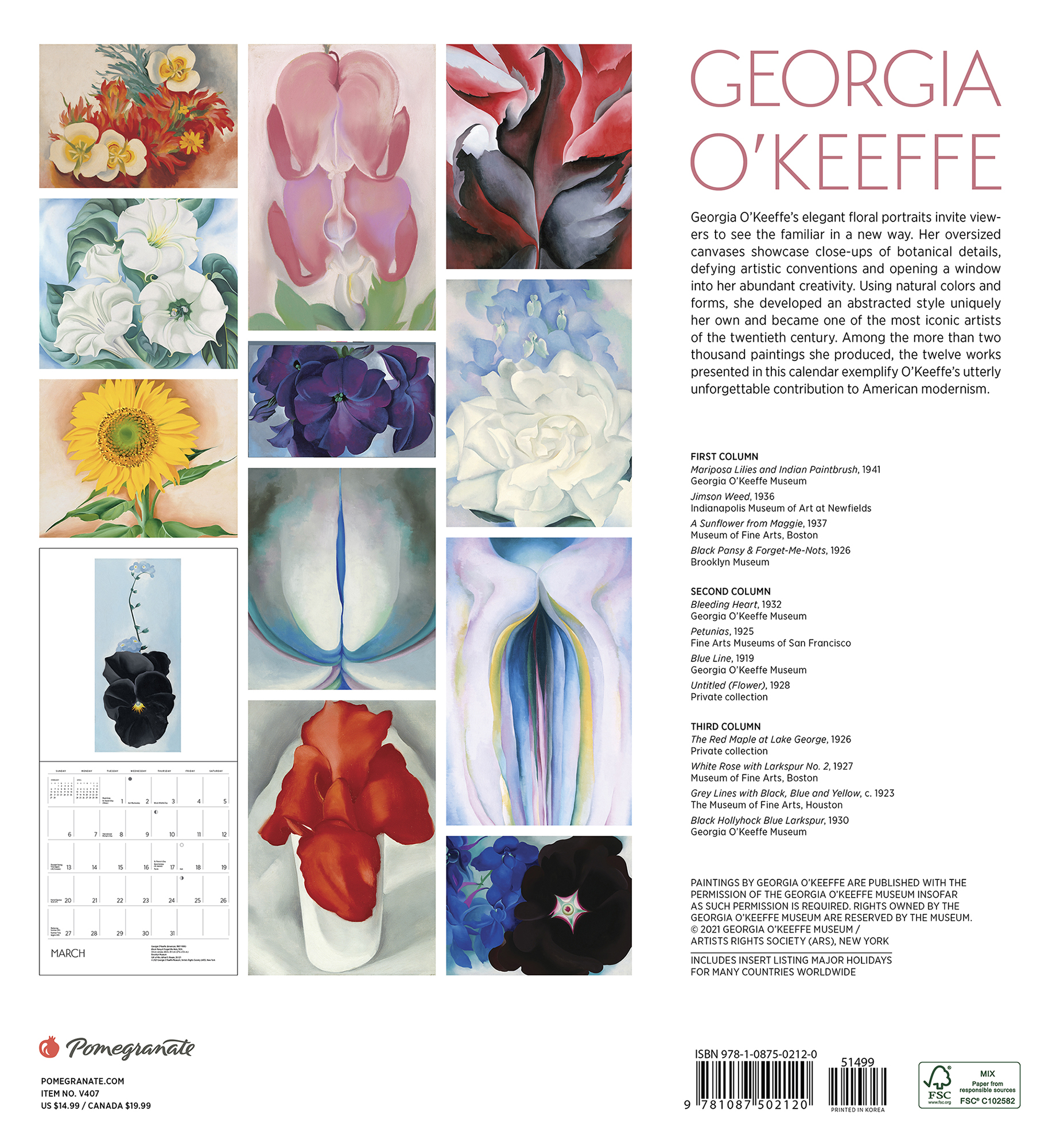 Featured Image is from Wikipedia. Lake George Reflection is now in the Public Domain.

Middle photo of O’Keeffe is by Alfred Stieglitz and is also now in the public domain. 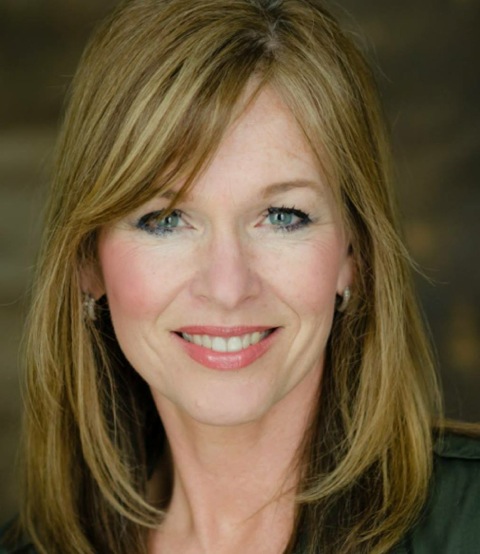 by Nicole Ackman November 30, 2021
Nicole Ackman is an FF2 Media Associate based in North Carolina, after living in London and New York. She graduated from Elon University with a Bachelors degree in History and Strategic Communication and from City University of London with a Masters degree in Culture, Policy, and Management. She is a theatre and film critic and is a member of the North Carolina Film Critics Association. Her taste in film tends towards period dramas, movie musicals, and anything starring Saoirse Ronan. In addition to film, she is passionate about history, theatre, Disney parks, and classic novels by female writers.
Previous Post Next Post