Alice Wu Has No Patience with the ‘Perpetual Foreigner Syndrome’ 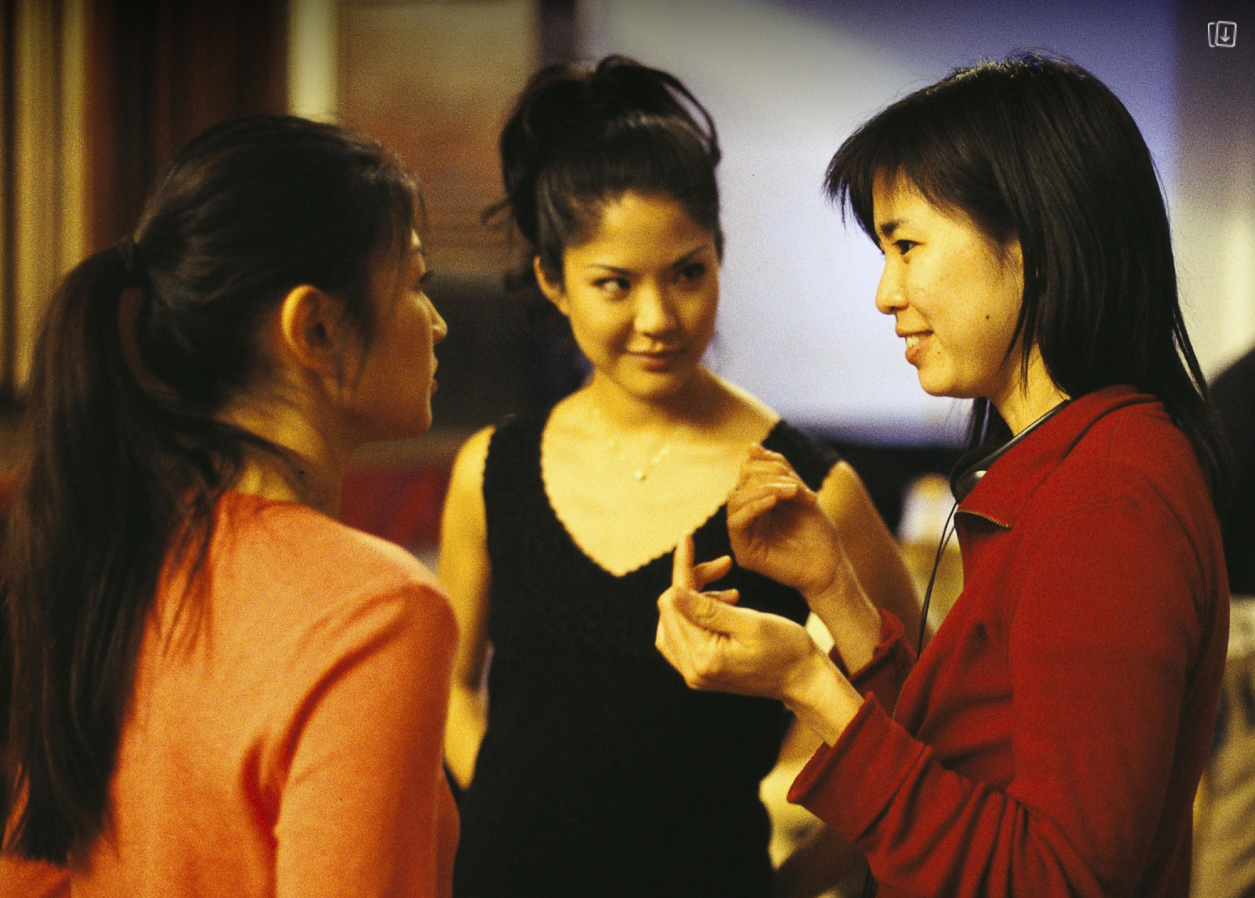 As the 2021 Toronto International Film Festival kicks off this week, we remember the TIFF premiere of Alice Wu’s Saving Face on this day, 17 years ago! The romantic comedy follows Wil (Michelle Krusiec), a lesbian in a budding relationship with an openly gay dancer, Vivian (Lynn Chen). Simultaneously, her widowed mother, Hwei-lan (Joan Chen), finds herself pregnant out of wedlock. Encountering the disapproval of their traditional relatives, the pair is forced to move in together. Saving Face centers around the titular concept of “face,” an East Asian value where family members are expected to prioritize and maintain the family reputation. Released in 2004, it was also the first Hollywood movie to center Chinese-Americans since The Joy Luck Club in 1993.

When FF2’s editor-in-chief, Jan Lisa Huttner, spoke with writer/director Alice Wu and actor Joan Chen, Wu remarked on language barriers and cultural beliefs depicted within her film, “I grew up in Northern California, also in an insular community, and my mom speaks wonderful English. But if she had her choice, she wouldn’t speak English at all. She loves to speak Mandarin. Part of my point is that many Chinese people don’t want to become totally ‘American.’ Certainly Wil’s grandfather makes it very clear that he thinks being Western, well, there’s something sinful about that. As for Ma, she works in a beauty salon [in Flushing]. She doesn’t have to speak English at work, and she lives at home with her parents. What would her impetus be to learn English?” Check out the rest of their conversation here.

Saving Face was Alice Wu’s first feature film, and despite studio pressures to replace her Chinese cast with white actors, Wu stood her ground to ensure the screenplay stayed true to her vision. The movie went on to receive nominations for Breakthrough Director at the Gotham Awards and GLAAD Media Award for Outstanding Film in Limited Release and won the Viewer’s Choice Award at the Golden Horse Film Festival as well as the Audience Award for Best Narrative at the San Francisco International Asian American Film Festival.

Her second feature film, The Half of It, debuted on Netflix in 2020. The movie features many of the same themes present in Saving Face but focuses primarily on teenage queerness and sexuality. In the film, Chinese-American high school student, Ellie (Leah Lewis), helps her male classmate woo a popular girl despite also having feelings for her. Katusha Jin reflects on the refreshingly diverse story here, writing that “Wu doesn’t try to create perfect stories – she chooses to write the stories that are ‘truest’ to her and to not think about what an audience may think because it’s impossible to create one piece of work that everyone would connect to. The topics she tackles reflect perspectives that are unconventional and barely seen on screen, and she hopes that with each movie that is made, more and more studios will be willing to finance the next films.”

In Katusha Jin’s piece for FF2 on the importance of films that tell immigrant stories, she explains, “Asians are given very little screen time, and when they are given roles, many fall into stereotypes—we’ve all seen the tech nerd or introverted awkward character played by an Asian. Almost six percent of America’s population is Asian, yet as a minority, many still experience ‘perpetual foreigner syndrome,’ which is when minority group citizens are perceived as foreigners. Representation on the big screen helps minorities feel included, and it also helps educate the rest of the population on the struggles that these groups face at home. Their homes are now in America, and as Americans, their stories should be no less important.” Read the full article here, and learn more about why films like Crazy Rich Asians, The Half of It, Joy Luck Club and Saving Face are necessary — “they help provide a voice that can educate the rest of the world.” 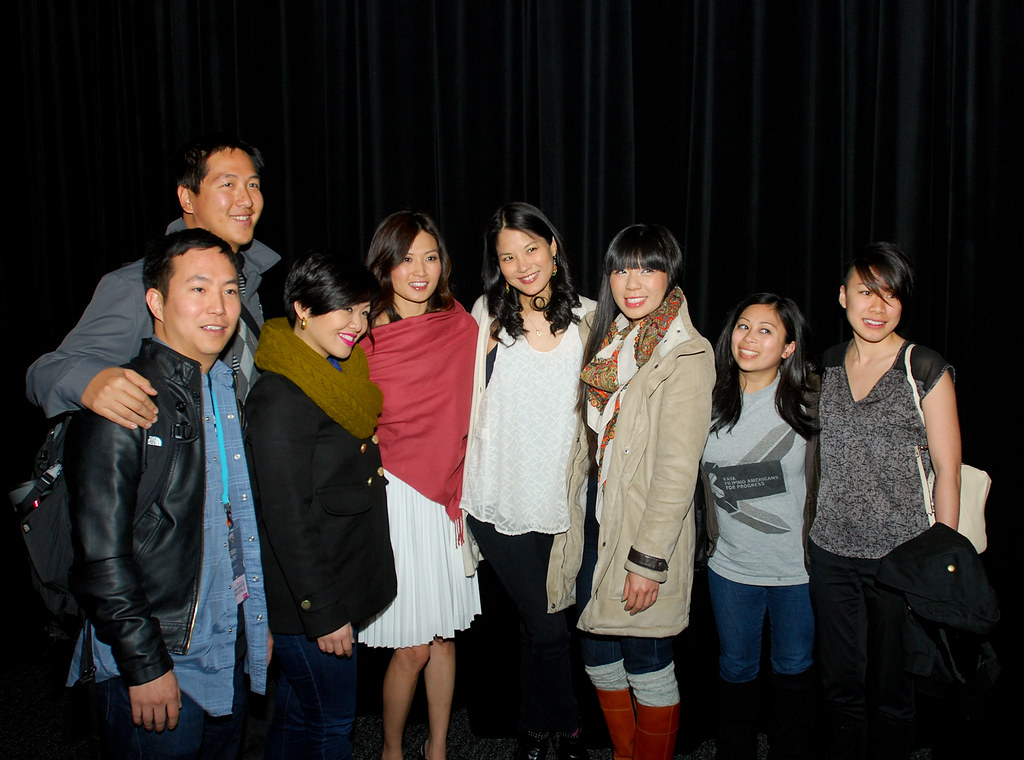 Featured Photo: Alice Wu on the set of Saving Face.

Bottom photo: “SFIAAFF30 Saving Face Reunion” by bittermelon is licensed with CC BY-NC 2.0. To view a copy of this license, visit https://creativecommons.org/licenses/by-nc/2.0/ 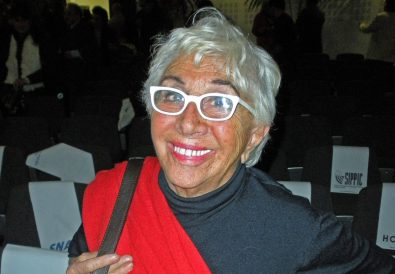 by Anna Nappi September 12, 2021
Anna is currently a senior at Brandeis University studying Film, Journalism, and Psychology. At Brandeis, she writes for the student newspaper and is the undergraduate degree representative of the Journalism program. From theaters to museums to concert halls, she loves exploring the art world in Boston as well as in her Maine hometown. Anna is passionate about FF2’s mission and excited for the opportunity to work alongside a wonderful team dedicated to supporting women artists.
Previous Post Next Post