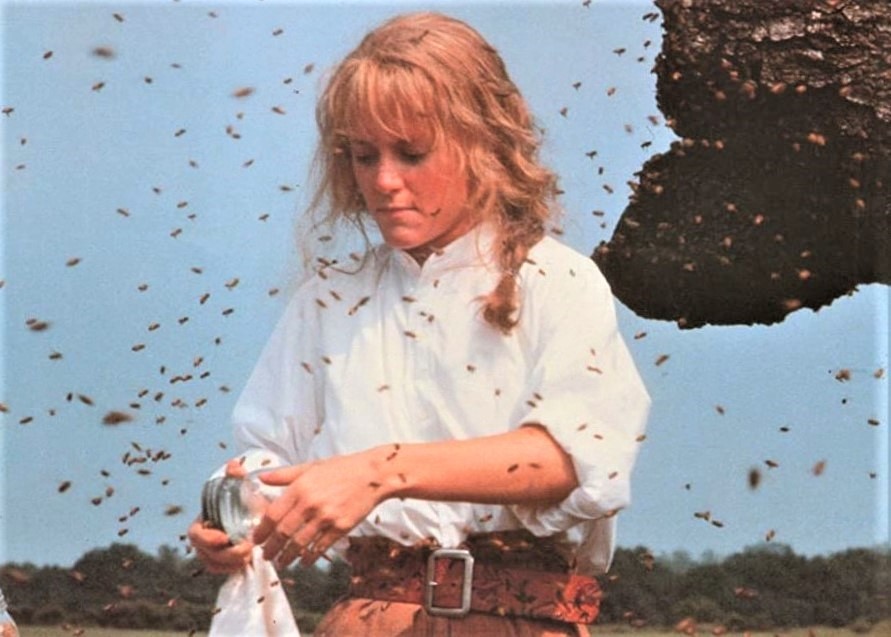 As part of our 30th anniversary tribute to the film classic, Fried Green Tomatoes, Dayna Hagewood describes change over time from the 1920s to the 1990s. Conclusion? Despite some essential albeit cringe-worthy plot elements, Fried Green Tomatoes is definitely worth the watch in 2021.

Written by Fannie Flagg and Carol Sobieski (and directed by Jon Avnet), Fried Green Tomatoes–released in 1991–tracks two central relationships between women of different eras as they navigate the many facets of 20th century life in the American South. Tackling issues of sexuality, gender identity, and racism in a relatively neat package, Fried Green Tomatoes is a tender and affecting portrait of the power of relationships across many lifetimes.

Fried Green Tomatoes begins with Evelyn (Kathy Bates) getting kicked out of her husband’s aunt’s nursing home room. Dressed in classic 80s prints and ready to munch on a candy bar to calm her dismay, she wanders out into the lobby where she is confronted by a resident named Ninny (Jessica Tandy) who begins to tell a long-winded story from the past.

As Ninny talks, we flash backward in time to a bustling wedding day where a young troublemaking Idgie Threadgoode is pictured beating up another child, flinging off various formal dress pieces, and hiding up in a tree to avoid the wedding. During the wedding reception, Idgie and beautiful Ruth Jamison (Mary-Louise Parker) bond over a shared tragedy despite their vastly different personalities.

Shortly after, we return to the present and follow Evelyn as she attends comically outdated marriage courses, prepares elaborate dinners for her clueless husband, and becomes more and more dissatisfied with her own circumstances. For the rest of the film, we bounce back and forth between Evelyn’s developing relationship with Ninny and the story of Ruth and Idgie (now Mary Stuart Masterson) as adults with a cast of recurring local characters as they navigate escaping from Ruth’s abusive husband, her pregnancy, and eventually the opening of the Whistle Stop Café.

Ruth and Idgie quickly develop their own familial structure and jointly care for Ruth’s baby while co-owning the café. But, when Ruth’s ex-husband Frank Bennett comes back to town with Klan members to terrorize Big George (Stan Shaw) who has worked with Idgie’s family for years, deface the Whistle Stop Café for serving to Black people, and steal Ruth’s baby, Bennett suddenly goes missing and we are left to wonder what happened to him.

From the beginning of Fried Green Tomatoes, it is obvious that Idgie doesn’t fit the mold of the idyllic 1920s young girl. In addition to rambunctious tendencies and a lack of interest in traditional “ladylike” behavior, she is visibly more comfortable wearing a suit and pants rather than the frilly dress provided to her for the wedding. Even well into her life, Idgie’s clothes play an integral role in demonstrating her rebellious and individualistic personality. She wears pants, suspenders, and ragged button-down shirts as she gambles with the town men, pokes fun at the church, and fishes in the river. Idgie’s clothing and behavior contribute to her characterization as a more masculine character and hint at her possible struggles with gender. While Fried Green Tomatoes doesn’t make it explicit, we recognize today that there may be something more to Idgie’s gender than her just being a “tomboy.” In this case, it makes sense that Idgie’s gender dysphoria is brought up most often through clothes and actions rather than words; the 20s didn’t exactly allow for a robust vocabulary to discuss gender-nonconforming people. On the issue of gender, this subtlety is one of the great strengths of Fried Green Tomatoes. While the pieces are there, it is up to our twenty-first-century perspectives to synthesize them and come to our own conclusions about Idgie’s gender expression and what that means for her relationship with Ruth.

The real heart of the film rests in the relationship between Idgie and Ruth (and Evelyn and Ninny) as it develops over time. While also not as explicit as it could have been, Idgie and Ruth’s relationship is steeped in sexual and romantic desires. Whether in an intimate food scene or in their shared parental duties or the sultry looks they shoot each other, it is clear (from a modern perspective) that there is something to their relationship that goes beyond friendship. Here though, the subtlety of the film struck me as a bit of a disappointment. The relationship between Ruth and Idgie is already clear enough that it could have been explicitly acknowledged without threatening historical accuracy (unlike the more taboo issue of Idgie’s gender). Because much of the intimacy we see between the two happens privately anyway, there could have been a stronger nod to Ruth and Idgie’s queerness that is noticeably lacking.

The attempts at realistic historical representation also contribute to some of the pitfalls of the difficult scenes involving the mistreatment of Black characters in the film. Even though Idgie in particular is characterized as a “good” person who defends the Black people that work at and frequent her restaurant, many of the Black characters are infantilized, poorly developed, and offered limited speaking opportunities. While the film does certainly demonstrate many of the horrors of the past, it doesn’t condemn them as harshly as it could have. For example, when the KKK rolls into town and ties up Big George, the local sheriff strolls over to them calmly, essentially asks what they are up to, and gently encourages them to scatter. This lackadaisical treatment of an interaction with the KKK felt wrong even if it was true to the past. While this might have been acceptable behavior in the 20s and even truthful to the historical record, the scene offered a missed opportunity for further engagement with issues of race that fell flat instead.

Even still, Fried Green Tomatoes walks the thin line between historical accuracy and playing into tropes relatively well overall but with obvious opportunities for further engagement with issues of race, gender, and sexuality. But of course, we must also consider that a film made thirty years ago may not perfectly hold up in terms of how we talk and think about social issues today. It does, however, offer context which can ultimately provide productive ways to move forward.

All things considered, Fried Green Tomatoes impresses with its ability to wrestle decently well with complex social issues, two timelines, and a mystery plot in a neat two hours. I found the time rewinds and fast forwards to be well-paced and refreshing and enjoyed watching Evelyn’s character develop independence along with Idgie and Ruth. Many of the scenes employ the comforting small town glow of southern charm or the nostalgic bright colors and décor of the 80s in a way that feels wonderfully genuine and immersive. But most importantly, Fried Green Tomatoes drives home an evergreen essential message about the intense power of friendship and storytelling to keep us connected, hopeful, and engaged in the world around us. 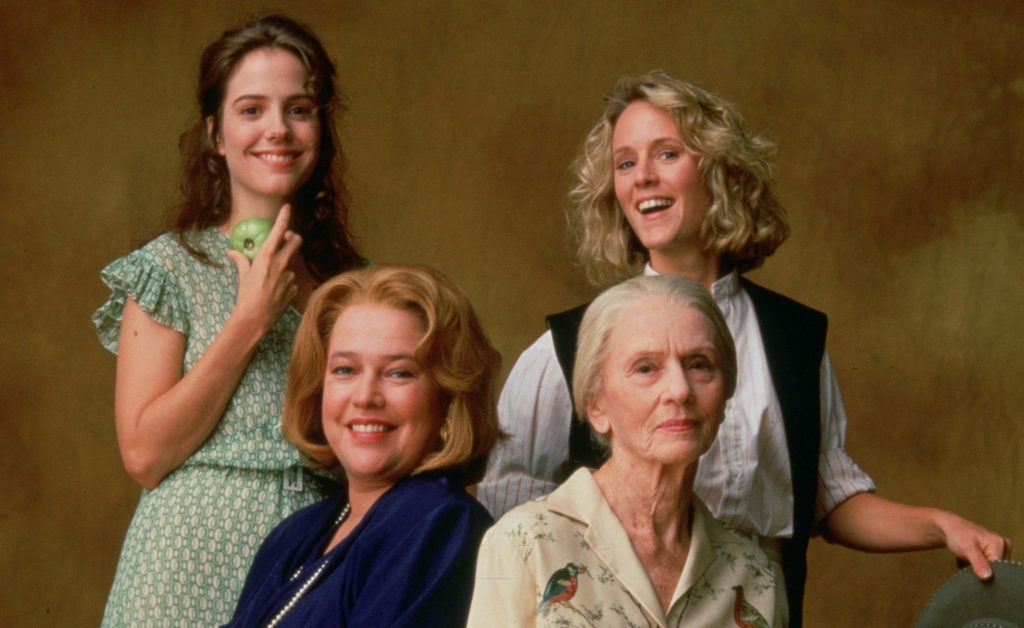 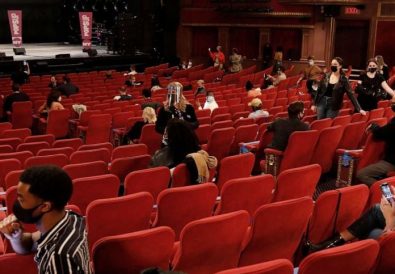 Virtual Art Vs. Live Art: What Art Enthusiasts Will Enjoy After Lockdown 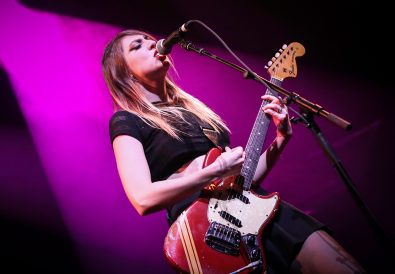 by Dayna Hagewood May 1, 2021
Dayna graduated from Rutgers University in May of 2019 with a degree in English and Cinema Studies and a concentration in Creative Writing. Dayna loves working with FF2 Media because writing about film harmonizes her greatest interests and allows her to participate in showcasing women artists doing amazing work. As a writer, film buff, and avid cross-stitcher, Dayna appreciates that FF2 carves out a space for women artists in an industry so unwilling to lend one to marginalized groups. She is proud to aid in creating and facilitating that necessary space.
Previous Post Next Post