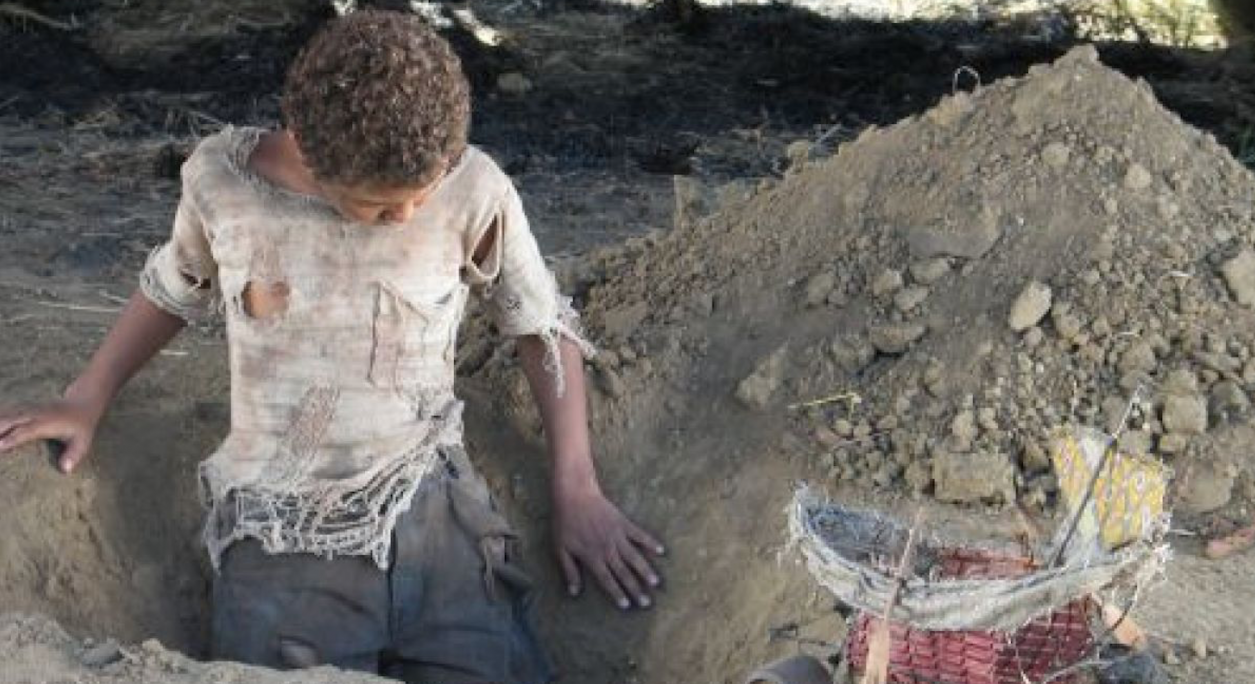 Teresa Prata’s work, Sleepwalking Land, is an adaptation of Mia Couto’s novel of the same name about wartime in Mozambique between 1977-1992 and the common people’s struggles to survive the conflict. Quite often, when a woman creates a film, she is labeled a “female filmmaker.” Her work is limited by her gender role and the stigma which comes attached to it. Men are not labeled in the same fashion. Teresa Prata, the director and writer of Sleepwalking Land, separates herself and her work from that label. Targeting styles and themes more stereotypically masculine such as action and the human horrors of violence.

Prata was born in Portugal and raised in Mozambique and Brazil. The artistic direction she takes is inspired by her childhood, which was troubled with unrest from the civil war in Mozambique. From the World Wars in Europe—with rationed supplies and uncertain futures for the loved ones around you—to Asia’s guerilla warfare in Vietnam and nuclear impact in Japan, war is indiscriminately devastating, and the victims of it strike a paradoxical balance between hope and despair. To this day, we are not cured of this sickness––Syria, Iraq, Saudi Arabia, Yemen, Iran, and many more countries continue to suffer from it. Each day, men, women, and children are scouring for food and finding shelter. If you are hunted, then you must hide and try to stay alive.

Sleepwalking Land follows two companions trying to survive the civil war—a young “Muidinga” (Nick Lauro Teresa) and old “Tuahir” (Aladino Jasse). Thrust into the harsh realities of hiding from gangs and burying the dead, young Muidinga, barely a teenager is forced to accept his new dystopian norm. Prata drew inspiration from her memories to more accurately depict what life was like. She remembers weapons and helicopters that circulated during her childhood in Mozambique. She uses her movie to describe this conflict as a “ghost war,” where a lack of leadership in a“ghost army” results in innocent victims who don’t harbor  weapons, such as women and children, “who suffer the most.” 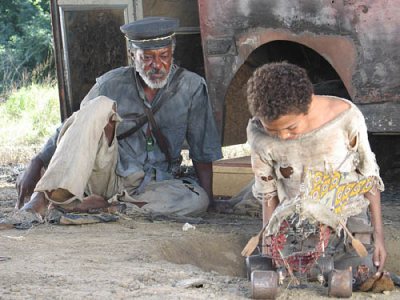 In a 2009 interview with Jenny Halper for AWFJ (Alliance of Women Film Journalists), Prata describes how she had memories from her childhood that she dug up to better understand her main character, Nick Lauro Teresa. Through this film, Prata shows that although she is a woman, the story is more human. Muidinga experiences war as she did in her childhood. Her in-depth personal knowledge of a child’s experience during those hardships means her writing of the screenplay is raw and real. She left Mozambique at the young age of seven and a half. When she moved to Berlin and began writing the script for Sleepwalking Land, she was somewhat recounting details of her time in Mozambique, such as her distaste for helicopters and her father being checked for weapons at work. Prata’s depth and understanding of life in those times are on an individual level, which makes it no surprise that it took her eight years to finish the project.

A film that inspired her and helped her through her creative process is Elim Klimov’s Go and See, a personal story about wartime that took him ten years to complete. Being categorized as a female filmmaker makes it sound very exclusive, as though there’s something innately different about how a woman directs a film. This doesn’t make the industry equal. If women filmmakers are viewed as just filmmakers (not based on gender), perhaps the industry and the rest of the world will accept films made by any gender. Imagine having to label men as “male filmmakers.” Women in the industry are filmmakers first and women second. It shouldn’t be a distinguishing factor.

Teresa Prata’s main film gained her four awards and one nomination. When Prata was asked what interests her as a female filmmaker, she responded that she is not a “female filmmaker,” but rather, she is just a filmmaker. She tells stories because she finds them compelling, not because she is a woman. As confirmed in an article by The Week, “A director’s gender has no bearing on subject matter.” Angelina Jolie directed Unbroken (2014), also based on a woman’s novel, about a WWII soldier who suffers a near-fatal plane crash. He spends over a month stranded at sea and faces incarceration in a prisoner-of-war camp. It doesn’t matter whether the director is a woman or a man; the vital fact is that the story is being told. Prata feels it shouldn’t matter what the gender of the filmmaker should be as long as the essential message is given, and the story is being told. These stories happen to be very profound and don’t need gender identification to be told. Unfortunately, because the film industry is predominantly made up of men, it is more poignant that women are directing or writing or composing for films. This sets women aside, labeling them “female filmmakers” instead of normalizing them. Films like Sleepwalking Land, Unbroken, and Go and See focus on the story, not the storyteller. Although different genders may have different focuses, there are so many angles a filmmaker could take. At the end of the day, the film should be about the story, not about what gender was prescribed or embodied that tells it. 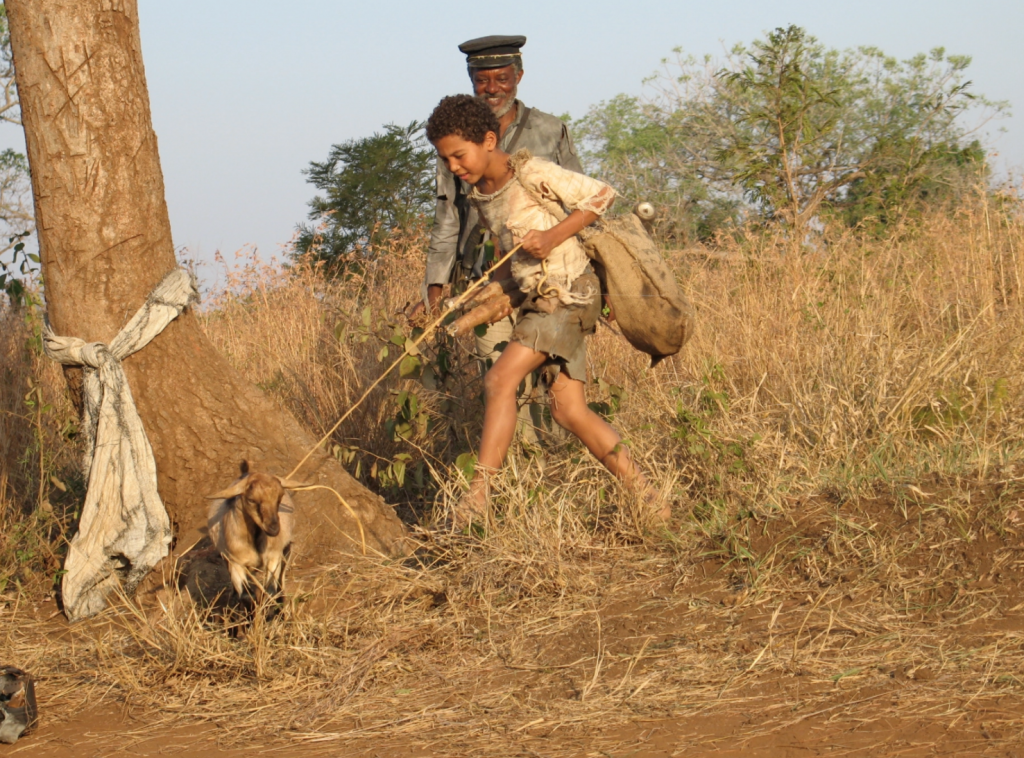 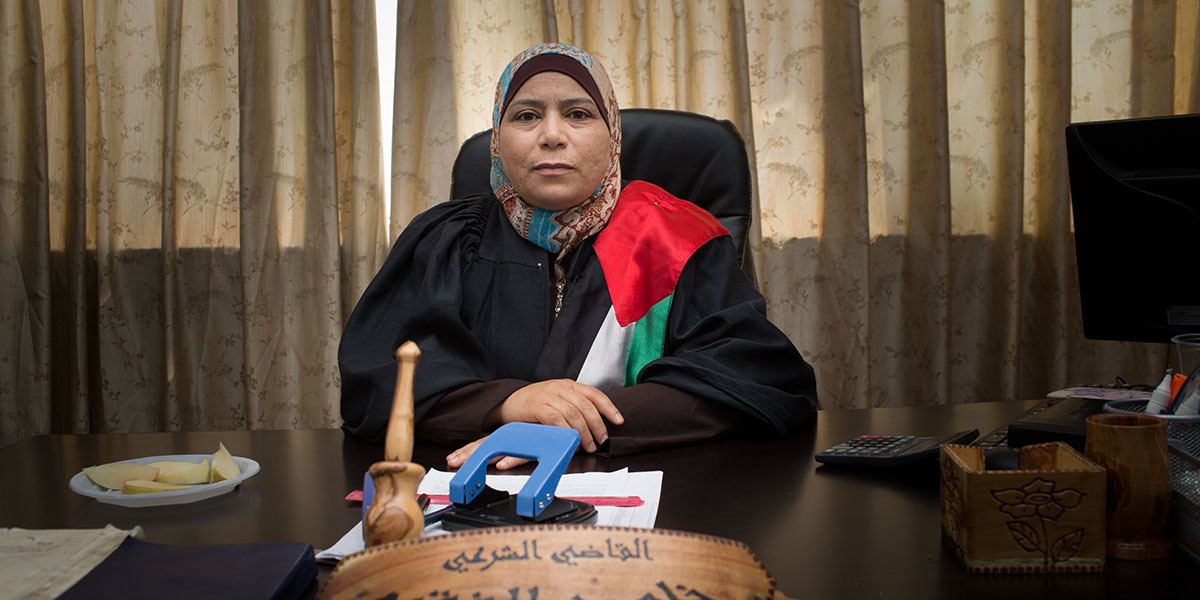 by Sophia Jin September 9, 2020
Sophia is currently a student of classical music. She joined FF2 Media in 2018, and loves working with everyone on the team because not only does it promote women's roles in films, it also opens her up to more works done by women. Sophia is so glad that there is a space that is full of women alike in their passion to bring more attention to females who are just as capable or even more capable than men in the industry.
Previous Post Next Post