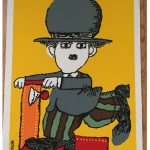 I went to an art exhibit last week. How did I do that, you may ask, when the coronavirus is still spreading and New York is only up to outdoor dining in the reopening process? Atlas Obscura hosted a talk on Zoom about Cuban Propaganda Art, featuring posters from the wide collection owned by guest speaker Elisa Shoenberger (an expert on the Cuban revolutionary aesthetic). I was curious to see what the new breed of Zoom art “experiences” would be like, as well as to see the way Cuban artists depict their own country (as opposed to how Americans depict Cuba). What I got was a portrait of a revolution–while my own country is in the midst of its own. The connection between these two liberation movements was so palpable to me that it left me with even more hope than before for America’s future.

Firstly, it should be noted that one reason America has been so pernicious in vilifying the Cuban government is that the USA used to be able to take anything it wanted from Cuba, treating it as a colony in practice if not in name. When the Cuban people put Fidel Castro in power in 1959, American could no longer take whatever sugar, cigars, and other goods from Cuba it wanted at whatever price it mandated, and that made our superpower imperialist state angry. Hence, the economic and political isolation of Cuba at the hands of the USA hands (not to mention the Bay of Pigs invasion in 1961 and numerous failed assassination attempts against Fidel Castro). With the full brunt of American mass media turned against them, Cuban revolutionaries had their work cut out for them telling their side of the story.

A new kind of revolutionary art has been cropping up all around my own neighborhood too, as part of 2020’s resurgence of the Black Lives Matter (BLM) movement. One particular drawing of George Floyd has been on signs at all the protests I’ve been to–and interestingly, a picture of Fidel Castro from the exhibit has the same dynamically abstract workmanship. As Shoenberger explained during her talk, the colorful yet simple designs of Cuban poster art were meant to catch the eye and communicate a message quickly and clearly–in many ways, they were modeled on the pop art of Warhol and other 60s advert artists. Just like the Castro poster, this image of George Floyd also has a certain something in common with Warhol’s silkscreens of Marilyn Monroe and Mao Tse Tung.

The sensibilities of the Cuban revolution can be connected to other murals, posters, and social media graphics made during the past month of BLM protests. The Cuban posters have simple designs with vibrant colors, and they often strove to represent the local communities their artists were part of. One mutual aid space by my place has a mural of a little girl at a protest; the girl herself is pictured here with the finished work. One Cuban revolutionary said that he wanted the movement’s art to glorify every victory of the revolution, no matter how small or local.

Portraiture of heroes has been a major theme of the BLM protests, with victims of police brutality like Sandra Bland or organizers like Marsha P. Johnson being celebrated through pop art influenced imagery. The movie posters Shoenberger used for a large part of her talk often have compositional and tonal similarities to this image of a woman with an Afro. There are also minimalist designs involving hands and faceless figures that are reminiscent of the designs for some of these posters as well, most notably the one with the swirl design. There has even been art that takes its inspiration from emojis, the pop art of the 21st century.

One challenge will be to avoid the fate of one of the most famous and most reproduced images of human culture as a whole–a picture of Che Guevara, an Argentine revolutionary who was instrumental in Cuban history. Almost everyone has seen people wearing this image of Che, whether or not they agreed with his original ideals or even know who he was. The documentary Chevolution —co-directed by Trisha Ziff and Luis Lopez–features an interview with a girl wearing a t-shirt with Che’s face on it, paired with the words “I don’t know who the hell this is.” The task of BLM and other protest movements will be to spread their ideas without allowing their ideas to be diluted or even stripped of their meaning. Few people know more than a few basic facts about Che Guevara; one interview subject in the movie thought he invented the mojito! While Che caused a revolution in some parts of the world, his image was used to fuel capitalism in others–BLM could find corporations ready to commodify it at every turn.

As of this writing, 2020’s Black Lives Matter protests have been going on nationwide for a month, and here in New York they’ve progressed to an occupation of City Hall on Manhattan. It would have been hard enough to wrest a quasi-colony away from the United States’s control, but maintaining Abolition Square in the Financial District–the heart of American capitalism–will be another task altogether. The rewards will be huge, the legacy of a second Civil Rights movement. However, a lesson can be drawn from how the more radical aspects of the civil rights movement are often glossed over so that schoolchildren can be taught a more neutralized version of Dr. Martin Luther King’s message. For BLM to retain its radical principles, it will need to keep control of these dynamic protest images for the long term as well as lighting up the streets (as well as our social media feeds) in the short term. 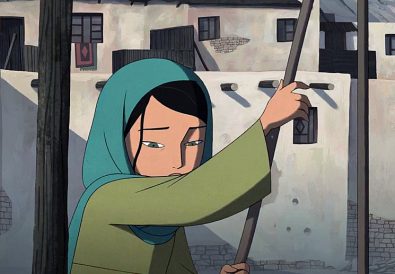