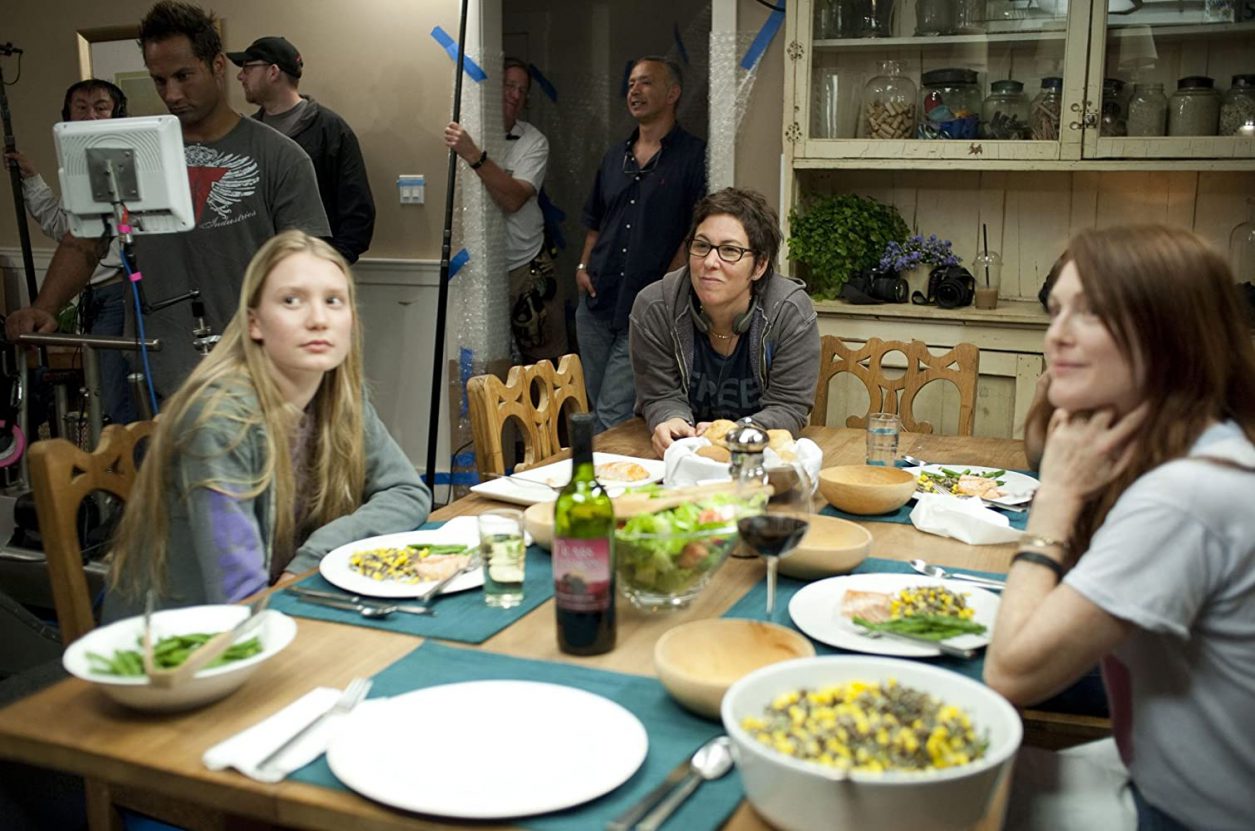 Lisa Cholodenko is a director and screenwriter based in Los Angeles, who has won numerous awards. Since her debut feature High Art, she has worked on a number of television series and movies including The L Word, Olive Kitteridge, Laurel Canyon, and The Kids Are All Right. In the film and television industries, she has been a strong representation for the LGBTQIA+ communities by often incorporating the stories from these communities in her works. Her projects usually star women and are largely about interpersonal relationships, and highlight the little things that make up our regular, complex human lives. (Click on our links to read more about the relevant titles!)

The Kids Are All Right

The Kids are All Right is a comedy drama directed and co-written by Lisa Cholodenko. Julianne Moore and Annette Bening star as Jules and Nic—a lesbian couple that have build a life for themselves with two children from a donor. When the children become curious about their heritage, they reach out to their biological father, which has a domino effect on the rest of the family and their relationships.

I love the cast of this film. For Cholodenko, finding the right actors was a lot of analysis and work. In interviews, she reveals that she obsessed over the casting during pre production. She wanted the child characters to be performed by actors with different cultural backgrounds so that there would be a sense of feeling “different”, and she knew that the connections between the characters was unusual, so the chemistry between the actors would require careful guidance. Mark Ruffalo’s character, “Paul,” was the last one to crack. She wanted the audience to feel sympathetic towards him, but also included more egocentric choices to make him three dimensional. This was a good call because as a viewer I was conflicted about Paul, but that is exactly what an audience needs to see—that people aren’t one way or another, they’re usually a mix of many things.

Of course it has to be mentioned that there aren’t many films that are about a family led by women, so the first assumption is that the film is one that it commentary about lesbian relationships. Although the director has been known to work on LGBTQ+ projects, Cholodenko says this movie was meant to be about complex familial relationships. In creating these characters, Cholodenko admits that the lead characters are based on personal experiences—her insecurities and need to seek approval, but also her nervous and controlling nature as a director.

The film is important because it is about two women and their children. But what Cholodenko wants people to take away from it is that a gay/lesbian family can be the same as any other and that these relationships should be accepted and viewed as equal to all others. Read our review of the movie here!

Where do I begin…we usually focus on films, but our Editor-in-Chief highly suggested Olive Kitteridge—a series that is extremely popular amongst women. I can now safely say that it’d be difficult to write about Lisa Cholodenko without bringing up this excellent series from 2014. Olive Kitteridge is an HBO miniseries set in a fictional town in Maine. It is based on a novel by Elizabeth Strout made up of a collection of short stories. Strout and Jane Anderson went on to pen four hour long episodes that star Frances McDormand (Olive Kitteridge) and Richard Jenkins (Henry Kitteridge).

Olive is a schoolteacher who doesn’t like people, whereas Henry is a pharmacist who cannot stop himself from helping others. Their son, “Christopher” (Devin Druid – child, John Gallagher – adult), is one of the many characters that is affected by his parents’ behaviors. In fact, Cholodenko’s direction brought out the small interactions between the characters and how each is affected by another’s words. How do parents affect their children? One example is Christopher, another is “Kevin Coulson” (John Mullen – child, Cory Michael Smith – adult). But Cholodenko doesn’t only delve into children’s perspectives, she includes the perspectives of a wife, a husband, a teacher, a newlywed, a friend, and many more. The presentation of the people showcases the feelings that are usually buried deep down, but exist in most of us. Perhaps the audience may know someone like Olive Kitteridge—a person who comes across as bitter, antisocial, and filled with hatred towards everyone around her. But Cholodenko makes sure that this is not all that we see. It’s never as simple as that. Her direction ensures that the audience sees how Olive observes her husband’s actions towards other people—the disgust, the boredom, the fear. She also shows Olive as someone who needs reassurance, but only shows the opposite. Why do we act the way we do? It could be because we had a bad day, or that depression runs in the family. Why do people have affairs? But also why do some choose to stay in marriages? Cholodenko shows the audience her answer. The direction and the acting is phenomenal. Frances McDormand’s portrayal is so enticing that I find it difficult to see her as anyone but Olive Kitteridge.

The series has an unusual structure, as it skips a lot of years at a go, but Cholodenko’s execution shows that even the small lives like that of Olive, or any of the audience, matter. This is a smart show that really elevates the level of television pieces; it is smart and unforgettable. Lisa Cholodenko took this Pulitzer Prize Winner of the fiction category and turned it into an award-winning miniseries with 29 wins and 31 nominations (including multiple Primetime Emmy Awards and nominations).

When Cholodenko started out in the industry, she was given the label of being the lesbian director. When given a label, an artist is usually expected to only make pieces related to that topic. Luckily, Cholodenko was able to break out of that and created the projects she felt needed to be seen. The Kids Are All Right was released in 2010, so it’s been a while since she has released a feature, but Toni Erdmann is in the plans and will hopefully be out for us to enjoy soon!

Feature Photo: Julianne Moore, Lisa Cholodenko, and Mia Wasikowska in The Kids Are All Right (2010) 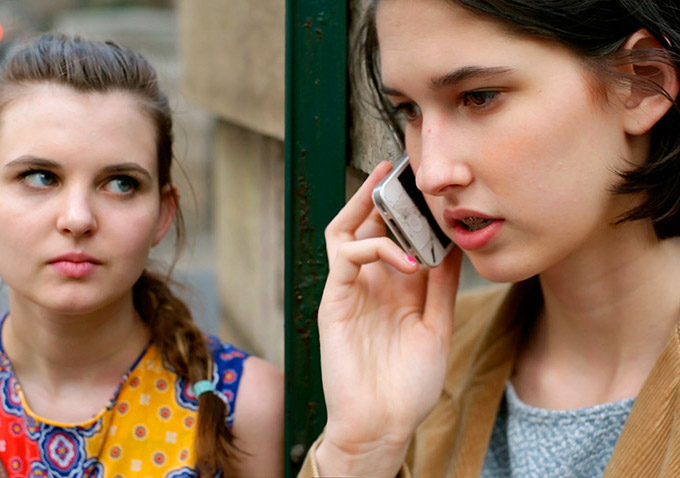 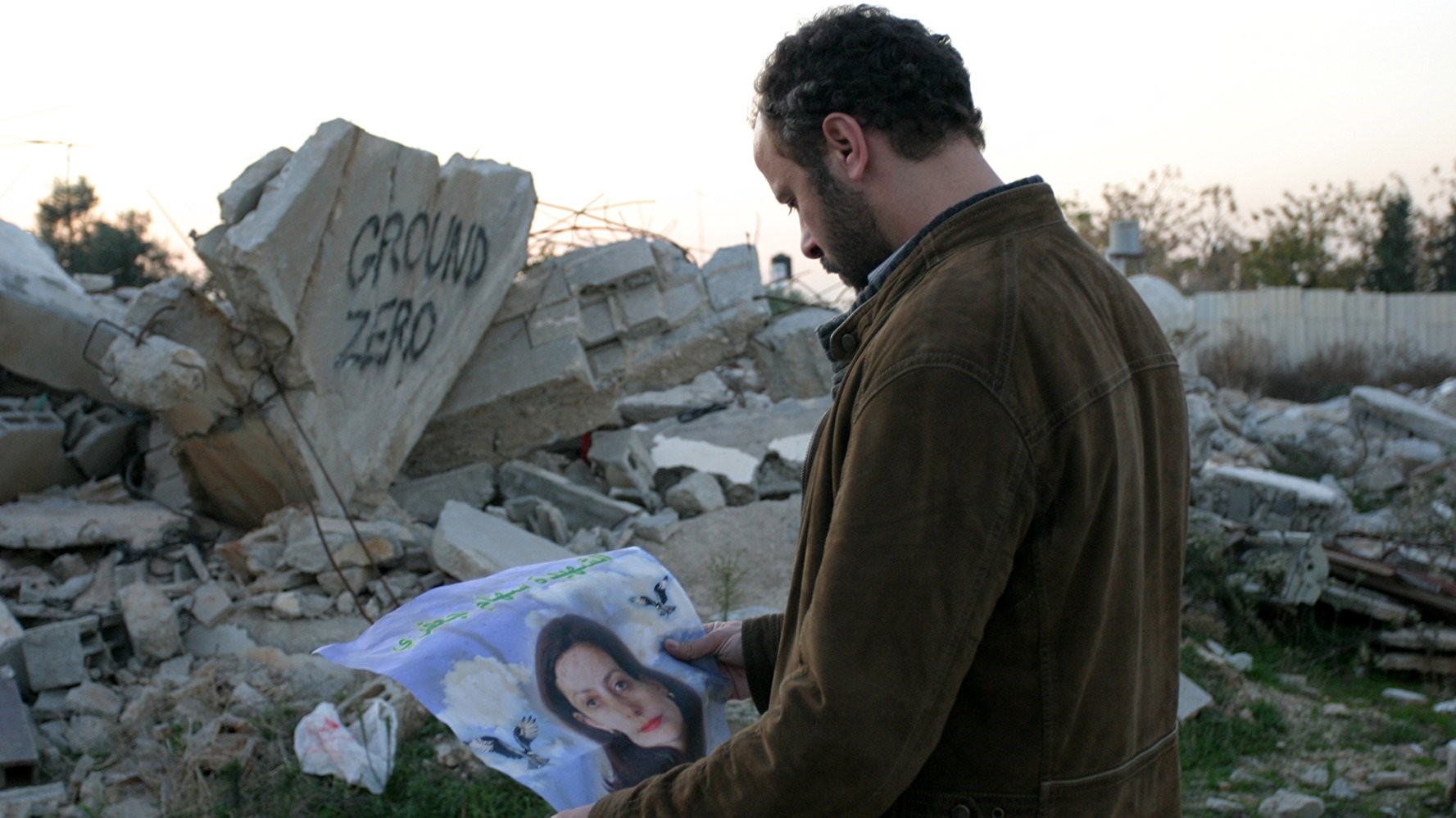