J.J. Abrams seems to have a heart bigger than his film budgets. From his earliest creations in television, with Keri Russell-led Felicity and groundbreaking phenomenon Lost, Abrams seems to understand the importance of human connection. But if you thought Felicity was about Team Ben or Team Noel or if Lost was about a polar bear, Star Wars: The Rise of Skywalker is not for you. Rather, Episode IX of the mega-franchise is for the ones who understand deeper meanings of storytelling, an epic adventure that concludes a three-part saga, 42 years in the making.

While his name will most likely be read aloud for Best Actor at the 92nd Academy Awards in February 2020 for his work in Noah Baumbach’s Marriage Story, Adam Driver wins December with his portrayal of Kylo Ren, an embodiment of a tortured villain whose mission it is to find and destroy nemesis Rey (Daisy Ridley). Together, the equally-compelling Driver and Ridley lead the cast of familiar faces aboard the Millennium Falcon: a comically-gifted Oscar Isaac as Poe and John Boyega as Finn, alongside the legacy cast Billy Dee Williams as Lando and Anthony Daniels as C-3PO (Joonas Suotamo takes over the role of Chewbacca from the late Peter Mayhew). But most importantly, through the magic of technology and unused footage from previous films, Abrams pays an emotional tribute to Princess Leia and the late Carrie Fisher (with daughter Billie Lourd in close proximity). Although Fisher passed away two years ago, her presence and actual “legacy” are felt throughout, buoyed by Ridley’s poignant portrayal of the last Jedi.

At a refreshing two hours and 22 minutes, Abrams and co-writer Chris Terrio (along with the long IMDb list of editors) keep viewers at constant attention with a triple axel of character development, visual effects and an occasional breather for a laugh; purposefully similar to George Lucas’ vision four decades ago.

While Walt Disney Studios has kept the film and its many components highly guarded out of fear of spoilers, the themes in The Rise of Skywalker are nothing new. To the contrary, they are some of the oldest themes you can find in written word: friendship, hope, resilience, redemption. This years-in-the-making conclusion would have made millions at the box office with or without a thoughtful story, but the fact that it goes the extra effort to mean more than its “spoilers” makes it all the more special. Also worth noting that the film’s second unit director, Victoria Mahoney, is the first woman to helm a Star Wars film.

Marketed perfectly for a holiday season opening, theaters will be filled with friends, family or friends who feel like family – a mirror of what this story celebrates. Before people weigh in with 280 characters on Twitter about the plot holes or how dissatisfied they are with this ending (and they shouldn’t be) I would suggest looking around at the faces in the theater when the opening titles appear on the screen, when the Star Wars theme blares from surround sound speakers, when the simple, blue font welcomes us back to a galaxy far, far away.

The looks on people’s faces (young and old) are proof that this franchise does something right. It touches hearts because it has one of its own. Like when Poe looks up and asks, “How do we thank you?” Or when Finn assures, “We go together.” Or when Zorri Bliss (played by Keri Russell) comforts a friend with, “They win by making you think you’re alone.” Or when C-3P0 says, in the warmest robot voice there ever was, “In the case that I don’t return, R2, you have been a real friend. My best one, in fact.”

For many, this story was their friend too. The best one, in fact. 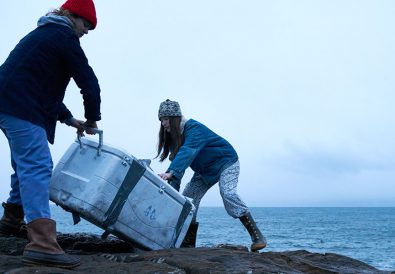 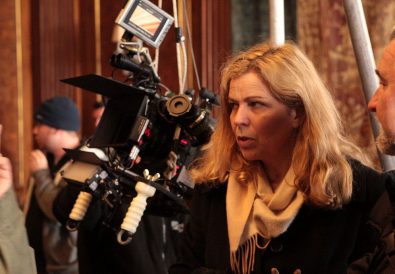 by Brigid K. Presecky December 17, 2019
Brigid Presecky began her career in journalism at Chicago's Goodman Theatre. In 2008, she joined FF2 Media as a part-time film critic and multimedia editor. Receiving her Bachelor of Arts degree in Communications from Bradley University, she moved to Los Angeles where she worked in development, production and publicity for Berlanti Productions, Entertainment Tonight and Warner Bros. Studios, respectively. Returning to her journalistic roots in Chicago, she is now a member of the Chicago Film Critics Association and certified Rotten Tomatoes Film Critic.
Previous Post Next Post