Three years ago, Nanfu Wang emerged as a documentarian to watch with her highly praised Hooligan Sparrow, premiering at the Sundance Film Festival and ultimately winning the top documentary prize from the Independent Spirit Award. Hooligan Sparrow told the story of how the Chinese government targeted activists, and telling that story made Wang a target as well. That fact led to her partner with director Lynn Zhang on their new film, One Child Nation. Although China’s strict population control policy is well known, One Child Nation attempts to pull the curtain back on how they were carried out and the lasting impact it had on families. Read FF2 Media’s full review HERE.

Lesley Coffin: You had your baby right before filming, but did you conceive of the movie because of that or did it come about with the policy change?

Nanfu Wang: The very first time I thought of making the film was when the policy change first happened. I was speaking with one of the people who would become our producer, Christopher York, and we went for coffee in New York. The policy had just changed, and he asked me what I thought about it, probably because I was the only Chinese person he could ask. And I started talking about the policy, assuming of course that I was an expert. When he asked how the system had affected me, and I told him it didn’t because I have a younger brother. But it was when I became pregnant that I started having more questions about the one-child policy and started talking to my mom about her experiences. And her answers helped me realize how little I knew about it.

Lesley Coffin: And in terms of the policy change, it isn’t that the policy has completely changed, just that instead of one child couples can have two.

Right, but the penalties for having a third child will likely be hefty fines. Lynn Zhang: Depending on where people leave, it can be two to ten times their household incomes. But in general, the government is encouraging and in some cases forcing people to have more children because the country doesn’t have enough young people. There are a lot of advertisements on TV, and the newspapers publish articles claiming having children isn’t a private matter, it’s a public matter.

Lesley Coffin: So the state is still very involved in childbearing and family planning?

Nanfu Wang: Absolutely. There are a lot of rules over reproductive rights. The national agenda, whether to control the population or create a larger workforce, is always put ahead of personal choice or individuality.

Lesley Coffin: One of the things the film addresses is the issue of international adoptions which occurred because of this policy, especially Chinese girls. When both of you came here to go to school, were you surprised by how many Chinese Americans were here because of that?

Nanfu Wang: Before we made this film, I remember seeing how many adopted Chinese American had been adopted but didn’t think that closely about the reason. I just assumed there were a lot of children who had been abandoned, but I didn’t know why they would have chosen to go to China to adopt. It was when I started making the film and especially after I met Brian that I realized why.

Lynn Zhang: Yeah, I was aware that a lot of children were adopted from China, but we weren’t told the details about why that happened or the state’s involvement.

Lesley Coffin: After deciding to make the film, when did you chose to co-direct?

Nanfu Wang: I had just made Hooligan Sparrow and wasn’t sure if I could go back to China. That film was a very political and sensitive subject, so there was a possibility that I wouldn’t be allowed back in the country. And there was always the possibility that I’d start the film and then the police would show up, endangering our subjects and the filmmaking. So at the very beginning, I reached out to Lynn to ask her if she’d collaborate.

Lynn Zhang: I traveled to China more in the beginning, but after Nanfu had her child and it seemed that no one would be after her, I encouraged her to make more trips to China for the filming.

Lesley Coffin: You were a bit of a character in Hooligan Sparrow, but in this film, you have your own child on your lap during some of the interviews, and it feels far more personal. Why did you feel that was the most effective way to tell the story?

Nanfu Wang: Hooligan Sparrow was a different process because I didn’t choose to take that approach until after we’d finished filming. I decided to do that because while making that film, the government started to target me. So to tell the true scale of that story of how activist were targeted, meant I had to show how people like myself became a target just for telling the story. From the beginning, I knew I wanted to include my family’s story. I’d be telling a story about something that happened to my mother or uncle, and realize my family’s story is like a microcosm for the country. So it was a conversation I had with producers and consultants early on, and they agreed that my account was a great way to enter the story.

Lesley Coffin: How did you source the propaganda material?

Lynn Zhang: There are different types of material. The national parade is put on every year, and they put on two-hour videos every October 1st. And those videos are all on Youtube. We also found a man who had an entire room of propaganda material. He’d hoped that one day he’d be able to open a museum to showcase the history of the One-Child Policy. He’d lost his job for having a second child, so we spoke to him about that as well. And we also found material on the internet, because propaganda was created on all different scales. Every kind of ceremony seemed to create new content.

Nanfu Wang: But even going to antique shops and bookstores, you can find items created to promote the policy.

Lesley Coffin: Do you think people would have been as willing to give these interviews or been as straightforward if you started this film before the policy changed?

Nanfu Wang: I don’t think it made a big difference because we didn’t go to them asking them to criticize the policy. And most of them didn’t. Most of them would say they were in favor of the system. Even though they suffered the consequences or, they still felt that policy is policy, and it was necessary for China.

Lynn Zhang: Some people refused to be interviewed because they wanted to forget some of the hard parts. But I think the people who were willing to talk to use would have spoken to us before the policy changed.

Lesley Coffin: What role, if any, did sexism plan in how this policy was carried out?

Nanfu Wang: I don’t think it played a role in how brutally the laws were carried out. You have to think, how can a government control someone’s reproductive rights without brutality? How can a leader believe he can control something which feels like a fundamental human right. And China’s such a huge country, how could they carry this out without violence, from terminating pregnancies to forcing sterilizations. When you hear about other countries concerned with population and say “we need to follow China’s example”, I hope they see this film and realize what happens when you have those policies in place. First, it is not the right of the government to control that aspect of how many children a woman can have.

Lynn Zhang: As soon as the policy started, there was strong resistance from rule communities because families depend on children to manage the farms, especially boys. So when the government pushed down and disregarded the complexity of China’s different regions and cultures, they faced a lot of resistance. And that’s when the government began implementing things like forced abortions and forced IUD implementation. Of course, they tried to use a lot of incentives to encourage people to stick with the policy. But the family planning officials were very detailed, monitoring women’s periods and check how many condoms are used. They needed foot soldiers to care out these laws.

Lesley Coffin: Even though the film is talking about China’s history, how do you feel the film speaks to some of the issues we see right now regarding abortion rights and women’s reproduction laws?

Nanfu Wang: I think our film shows what will happen when you take away women’s rights to make their own choices. When a government tries to restrict someone’s reproductive rights, there will be true human consequences. 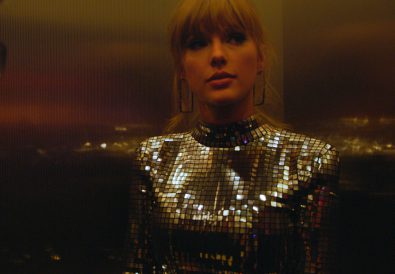 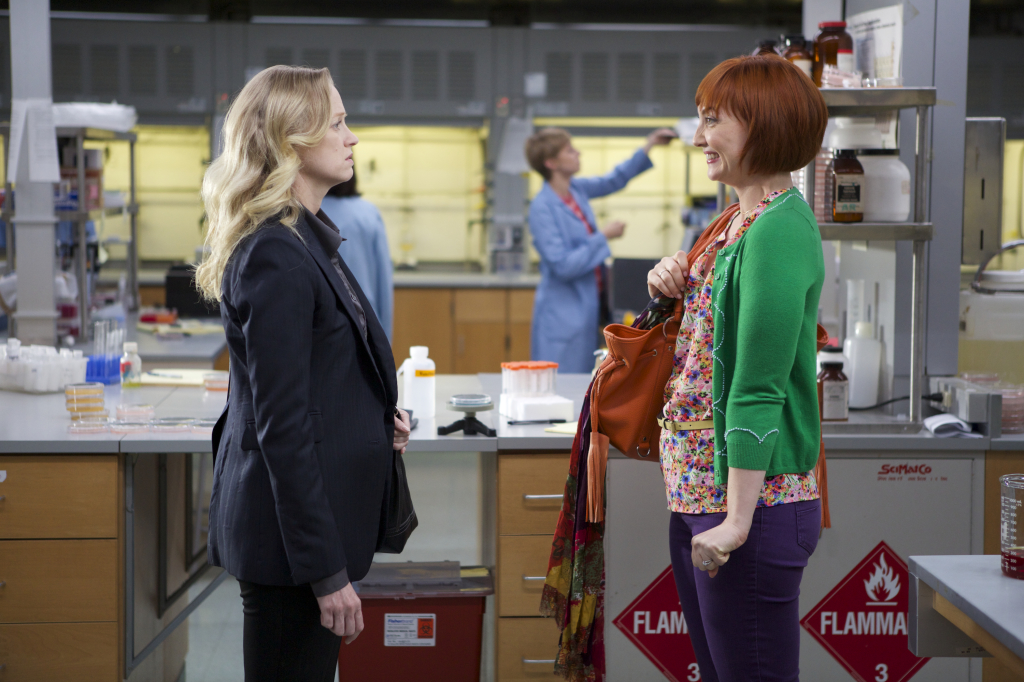 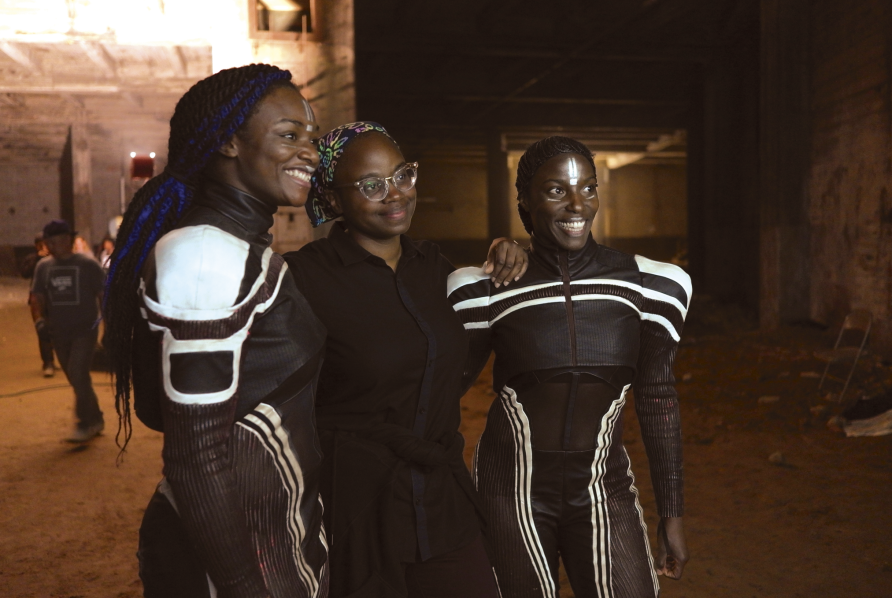