Miranda Bailey is all about looking at the inner lives of liars. Her first film as director, the documentary The Pathological Optimist, focused on the discredited doctor Andrew Wakefield (who authored the infamous study linking vaccines to autism). Bailey followed that up with the award-winning short Another Happy Anniversary, and now her feature debut, Being Frank, starring stand-up Jim Gaffigan as Frank, the father of soon-to-be college-bound Phillip (Logan Miller).
Phil’s life is thrown off course, however, when he realizes his father has been unfaithful to his mother (Anna Gunn) and started a second family with Bonnie (Samantha Matthis). Discussing the film, Miranda delved in her personal connection to this father-son story, the controversy the film has faced, and the state of comedy post #MeToo.

Lesley Coffin: How did the script come to your attention?
Miranda Bailey: At the time I was writing my own screenplay about a father-son relationship and this came to my attention but it was funnier and dealt with similar themes to the ones I wanted to address and explore. So I pitched my version, suggesting we set it in the ’90s and how we could adjust the female characters. The script was more of a farce when I read it, but I thought it might be better to make it a dramatic comedy where we could really explore those darker places. I personally think a lot of tragic things can be funny.

Lesley Coffin: What made you think the ’90s was the right time period for this story?
Miranda Bailey: I identify with the character of Phillip and I had to deal with similar things in the ’90s. In 1992, my father left my family and moved to another town to start a new family. And because I lived that time period and know that time period, it was easier to set it then, rather than further back or in the present day.

Lesley Coffin: You mention that you were writing a father-son story, but the film could also be told from the perspective of Frank’s daughter. What drew you to telling that side of the story?
Miranda Bailey: I think I tend to identify with characters who are male. I think there is something inherent between boys and their dads, which is different from girls and their dads, that I was interested in exploring. And men have been making movies about women forever and I’d hate for us to say female directors can’t make movies about men.

Lesley Coffin: Do you know if there were male directors approached before you were brought on board?
Miranda Bailey: There was. The story was very different before I came on board. It was a much more farcical, male-centric story. It’s still a father-son story, but we really changed the characters of Frank’s wives.

Lesley Coffin: What were the big changes you made to those characters?
Miranda Bailey: When I first got the script, the woman he’s not in love with anymore, played by Anna Gunn, was this uptown lawyer working mom. And the woman he’s in love with is this sweet homemaker. And I didn’t want to do that. I don’t want to put something out there that villainizes working women. But I’m also not making a story from the perspective of a cheating husband, I’m making a film from the perspective of a boy whose father betrayed his mother. So Bonnie, his second wife, is modeled a little bit more on myself, kind of cooky and artsy. And that also meant she could be a painter who always painting the same thing. Because a big theme of the film is that everyone’s lying to themselves. Anna Gunn’s character is lying about her marriage, denying that it’s over. In ’92, when my mother got divorced, it was a much bigger deal because so many women felt trapped in their marriages. Bonnie is lying to herself because she knows there is something he’s not telling her, she knows there is a lie, but she’s in denial.

Lesley Coffin: Did you feel the same way about the kids? That they were living in a state of denial?
Miranda Bailey: No, because when we’re kids, we live in a state of oblivion. And then we each have a moment when we realize something about our parents. I had a very similar situation as Phillip. And the beauty of that moment is realizing, your parents aren’t who they say they are, so I don’t have to be everything they say I should be. They don’t know everything. I love the line, “I don’t know what I like, I just know what I’m good at.” And at this age, I felt the same way. Phillip’s a football player, and I was a ski racer and tried to go to the Olympics. That was the path I was on.

Lesley Coffin: What made you think of Jim Gaffigan for the lead?
Miranda Bailey: Well, he’s a great actor and has such a range. He’s, of course, hilarious and I think we have a very similar sense of humor.

Lesley Coffin: Frank could have been more antagonistic or the hero, especially in a film that didn’t treat the female characters with as much nuance. The film really falls right down the middle, but you certainly are asked to have empathy for him. What thoughts did you and Jim have regarding how to play him?
Miranda Bailey: It’s interesting because I’ve had a couple of friends who led double lives. And when you’re put in the situation to justify something you’re doing that’s wrong, you can find ways to rationalize anything. And it can be anything. We’ve all found a dollar on the street and picked up or bumped a car and didn’t leave a note because there didn’t seem to be any damage. We’ve all done those things. He’s rationalizing his coward and selfish behavior by claiming he’s staying for his kids. And maybe he did marry Bonnie for the right reasons, but he’s lying to both these women because he’s scared to lose something. It’s the reason Alex’s character says in the film, liars are cowards and I wanted to show that.

Lesley Coffin: The movie feels like something which could have been made in the ’90s, before the studio films were just these blockbusters. Did you think about some of the films that were being made when the film was set for influence?
Miranda Bailey: Oh, for sure. And we probably had a budget that was pretty similar to those. We didn’t have a lot of money. There were a bunch of different movies made with a similar tone back then. And if a studio made this film now I think it would just be a big silly farce without a lot of heart.

Lesley Coffin: Did the producers have any apprehension because this was your first feature?
Miranda Bailey: I don’t know. I’d already made a pretty long short, also about lies in marriage. It’s a real theme for me, even my documentary’s about a less-than-honest guy. I started work on this in 2015 before all the #MeToo stuff started popping up because this movie would have been much harder to produce if we made it after.

Lesley Coffin: Because some people think you’re condoning behavior?
Mirand Bailey: I think so. There’s such a double standard out there. You can make Saw, and no one thinks the film is advocating that behavior. Somehow it’s better to watch a murder than a philanderer. And there might also be something slightly sexist in that belief, that women who make movies are expected to have messages. I don’t have a problem with a movie having a message, but the only message in this film is to put out an expression of my own experience.

Lesley Coffin: That also feels like a very recent idea in Hollywood, that just by putting an idea out there you are condoning the behavior or share the character’s sense of morality?
Miranda Bailey: It’s so recent, it’s been on the rise even in the past year and it’s this unfortunate double standard. I think male and female filmmakers have very different experiences with that, and people say it about certain films but not about others. Horror movies are a good example. With Halloween, the people who made that movie are not condoning the character’s actions, it’s very complicated because it’s good for people to stand up for what they feel is right, but we also have to remember that art can also be a way for the individual artist to create their own sense of expression.

Lesley Coffin: Do you think comedies are experiencing this more than other genres?
Miranda Bailey: I don’t know. Step Brothers is my favorite movie of all time, and I think that’s a great example of something that was allowed to be pure entertainment, but it’s also about 10 years old. I would hate to think that, because I love comedies. Flirting with Disaster, speaking of movies that got made in the ’90s, is to me a perfect movie because it takes this very complex idea and uses comedy to reveal these truths, but is still laugh out loud hilarious.

Lesley Coffin: I can see that influence in this film. I actually thought the film had a slight connection to some of the movies Elaine May made in the ’70s, like The Heartbreak Kid or Micky and Nicky.
Miranda Bailey: Oh my gosh, she is my hero. Her influence is all over this movie. A New Leaf is one of my all time favorite movies. Frank could absolutely be one of her deeply flawed men.
© Lesley Coffin (6/19/19) FF2 Media 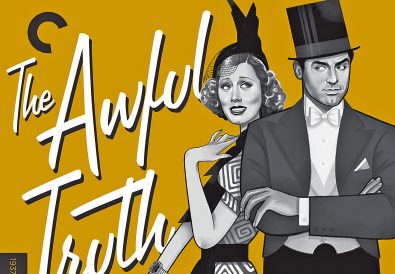