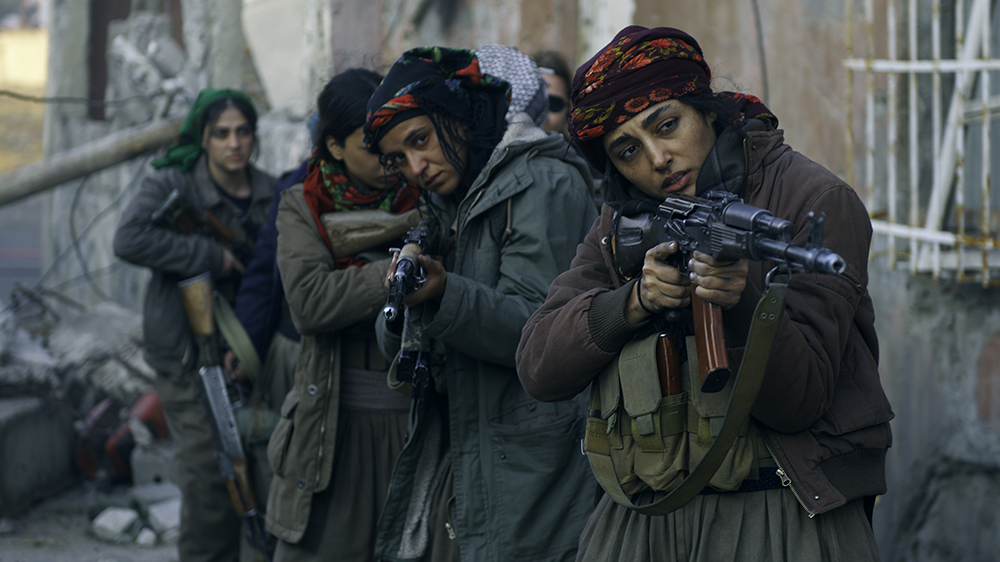 Eva Husson has been a major talent to watch for since beginning her directorial career 15 years ago. After producing two short films her debut narrative, Bang Gang (a modern love story) guaranteed high praise when it premiered at the Toronto International Film Festival. Three years later, she returned to the festival with her film Girls of the Sun, the story of Kurdish female fighters (and the horrors they endured under oppression). Told in two interwoven stories, Husson manages to create an epic war story with limited funds and time.

Lesley Coffin: Was the story of Girls of the Sun based on a real battalion?

Eva Husson: The first trigger was a news article which mentioned these women referred to as girls of the sun. It turned out however that the article was in fact propaganda. When I finally met them, I learned they weren’t fighting but a PR thing who could be shown to journalists. Western journalists of course love that kind of thing. But I then learned that among the guerilla fighters, which is not the same thing as the official army, there include female and as I went on with my research there were battalions starting to be formed amongst women.

Lesley Coffin: Were you originally thinking of basing the film on those articles?

Eva Husson: No, because there was no narrative. There were a lot of them at the time but no content, which made me question if they existed and forced me to do my own research. The problem with those initial articles I read was that they didn’t give me any meat.

Lesley Coffin: How did you come up with the idea of having two narratives which ultimately merge, rather than use a more straight forward one?

Eva Husson: At first I planned to set the entire movie in the present time, but I quickly realized that you can’t truly empathize with these women fighters if you didn’t know their journeys. And I felt it would be more efficient to tell one of those stories by having a story which mirrored the events in the present time. And the second consideration was financial. It’s easier to tell a story like this with flashback because you won’t have to film as many of the in-between scenes. We made Girls of the Sun for a ridiculously small amount of money and we only had 37 days to film, so on that scale you must make choices about what you can afford to film?

Lesley Coffin: Did you have to deal with government or political permission to depict the army? I know in America it can be difficult to depict the military without having to go through their offices.

Eva Husson: I didn’t have to deal with that directly, but I did ask myself that. One of the reasons I took out all the battalion names out of the film. The Kurdish conflict is a thousand years old, so trying to deal with it in a two-hour movie would never work. And the film isn’t about that, it’s about the women in war trying to maintain their own sense of dignity. So, I really tried to boil the film down to its essential elements. The only battalion name a kept in the film was Girls of the Sun, which was a propaganda creation. But we got all the weapons and uniforms from the Jordan government.

Lesley Coffin: Did you go back and forth with the title because of those articles’ connection to propaganda?

Eva Husson: I went back and forth about that a lot. I didn’t want to suggest I was choosing sides with one side or another. And people were not happy about that, but I didn’t make the movie to make them happy.

Lesley Coffin: The film does deal with sexual violence and ultimately sexual slavery during war, and it was noticeable the scenes you choose not to include which other films probably would have. What decisions did you come to before or even during production about how to depict those elements of the story?

Eva Husson: I think that rape has been mainly depicted by men and through the male gaze. And I have been countless movie theaters which made me very uncomfortable which made me question why scenes were included. Is this about showing the horror of rape or is this about the director sort of enjoying what he’s filming in a very unhealthy why. The more I read about feminism the more I realized that the depiction of rape is a powerful tool used to keep women in check. It’s showing what could happened to you if you don’t do as you’re told. So, I wanted stay far away from that and show that rape is a political tool of oppression. I couldn’t film this story without talking about rape because in conflicts, 70% of victims are women. And that isn’t the way war is depicted in most of our films. We still haven’t represented enough of the other side. You don’t have to shy away from representing rape, but there is another way to depict it.

Lesley Coffin: Building off what you just mentioned, and what the film depicts, did you see the film as depicting the female experience of war in a more universal sense, outside of this specific conflict? The fact that women are often the victims of war and violated sexually, but there have also been and will be women fighting alongside men?

Eva Husson: That was the biggest thing I learned when I started doing research. I was so ignorant about women in war. I really thought the Kurdish women the first female fighters. Have you seen a film about the 1 million women who fought on the Russian front? There is about that but where are the films? Women have been fighting since the dawn of time. They are just now starting to rewrite the history of Viking wars to include the female warriors. Women have been cut out of that part of history, western society especially has been good at teaching us that women don’t fight back, so I had to go searching for those stories myself. 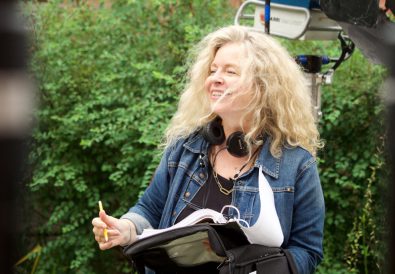 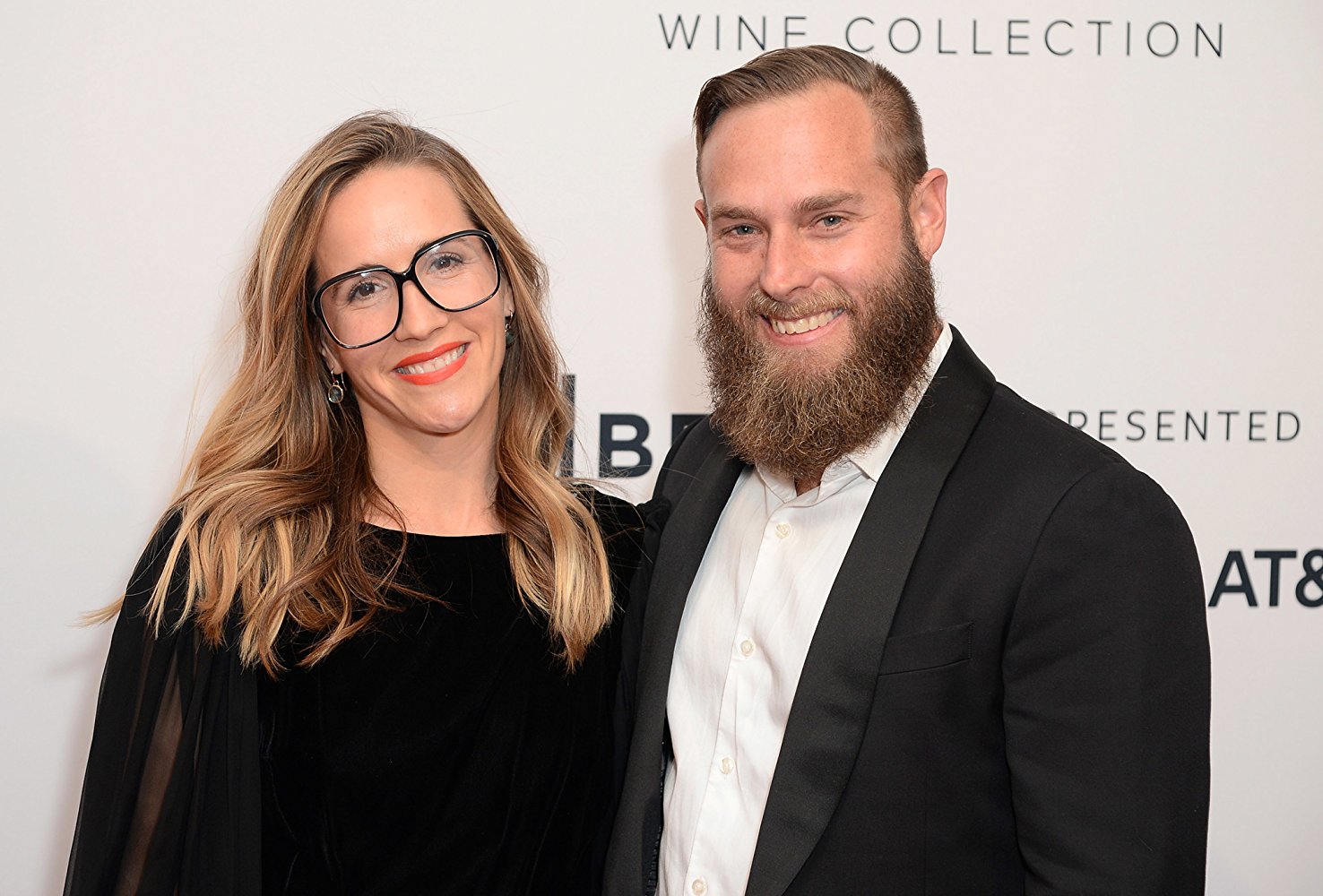 ‘State Like Sleep’ Director Talks Grief, Filming in Brussels and the Appeal of Michael Shannon 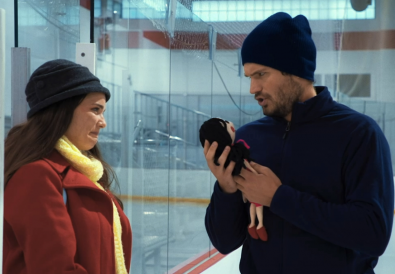