Nothing says romance more than Valentine’s Day…except for maybe a good romantic comedy!  Thanks to the efforts of Miraya Berke, the first ever Rom Com Fest will be taking place on June 20-23 in Los Angeles at the Downtown Independent (251 S. Main St.) to not only celebrate rom-coms, but to shed a new light on the everlasting love affair with the genre.

The festival will showcase classic romantic comedies as well as new ones, host filmmaker panels and parties, serve desserts and present a round or two of speed dating.  Of course, there will be red carpet and networking events, and even a pajama party and craft night. Rom Com Fest promises to make us laugh (and probably cry) as we enjoy the films and the traditional and new events at this film festival.

Berke, an entrepreneur and former founder of the boutique event studio Pop Productions and founder of Dessert Goals, a festival in New York and L.A., followed what seemed to be a natural path of creating a romantic comedy film festival.  With festivals for every other type of film, this one was missing. She said, “…we all need something uplifting to escape to…” and

she perceived that critics typically dismissed these films, hoping that this festival will change that attitude.  Who knows? Rom Com Fest just may give us the next When Harry Met Sally or My Best Friend’s Wedding.

You can submit a short or full-length feature romantic comedy, a love-and-laughter music video or web series now through April 20, 2019.  While Berke invites all genders to submit, she stated that, “Rom Com Fest will look to showcase female filmmakers and strong female characters.”  She continued, “…the film festival will lean towards stories that are directed and/or written by women or have female-driven plots with dynamic female leads.”  These stories will not only reaffirm the rom-com genre as Berke looks for uplifting stories and screenplays, giving it “…the love we feel it deserves,” it will increase opportunities for women in all aspects of filmmaking.

For more information about submitting your heartfelt romantic comedy, or to stay informed of what’s happening, go to romcomfest.com 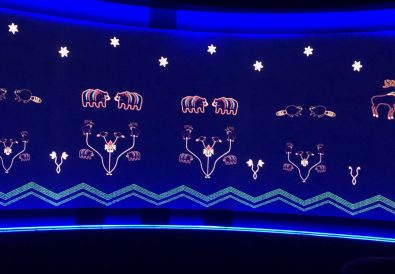 by Pamela Powell February 21, 2019
New York native film critic and film critic Pamela Powell now resides near Chicago, interviewing screenwriters and directors of big blockbusters and independent gems as an Associate for FF2 Media. With a graduate degree from Northwestern in Speech-Language Pathology, she has tailored her writing, observational, and evaluative skills to encompass all aspects of film. With a focus on women in film, Pamela also gravitates toward films that are eye-opening, educational, and entertaining with the hopes of making this world a better place.
Previous Post Next Post