The Thai film with English subtitles is based on a Bencharongkul’s real-life friend whom, when dying of cancer, she promised to tell her story. Sad Beauty centers on the friendship of an out-of-work model, Yo (Florence Faivre), and an ailing dancer, Pim (Pakkawadee Pengsuwan). As tragedy unfolds, the relationship between the two best friends is tested as they encounter many obstacles – including a death and disposal of a corpse. Bencharongkul praises the actors and describes their talent, telling FF2 Media that Pengsuwan reminded her very much of her friend who’s passed away– based on characteristics, behavior and personality.

“All actors dream of directing their own film,” she said. “I always dreamt of being a director because I have a story to tell.” Bencharongkul began learning acting and later studied directing and script-writing. She first became a filmmaker in 2013, co-directing a film called Angel.

Read below for Bencharongkul’s full interview with FF2 Media as she talks about her latest film and what the future holds. Special thanks to Supattha Lanie Rodvong who was the translator for this interview.

Stephanie A. Taylor (SAT): In Thailand, there are female filmmakers, but few who are mainstream. Do you plan on going that route?

Bongkod Bencharongkul (BB): I am happy with doing indie movies that are watchable, to different types of people. Going mainstream would obviously mean more money but it’s more about having the viewer understand the movie. This movie is about having a little bit of privacy. The movie looks dark and stressful. Thai viewers are not fans of those types of movies. So this is why this is an indie film, because it has a darker content to it.

SAT: Considering that some of your experiences are very prominent in the film, which emotions came out during filming?

BB: I was tired. I was not only the director, but the producer and writer. I had to bring back a lot of memories from the past while making the movie. I almost saw my friend in the film, like she was still alive. I had to find the will to wake up everyday and film the movie.

SAT: I hid behind my pillow during this one particular scene where the crocodile devoured a dead body! Were you looking for a strong reaction?

SAT: To be clear, you came to this idea while you were feeding the fish. Correct?

BB: Yes, I came back and wrote the scene. When I can’t think of anything I’ll go and find new inspiration. That day I went to Temple and fed the fish which are there.

SAT: It seems difficult to be a woman in the world, including Thailand. How do you cope with being a minority in such a male-saturated industry?

SAT: Tell me about your experience with making the film. There were some bumps in the road.

BB: People, on my initial team, weren’t listening to me–because I didn’t go to school for directing or scriptwriting. So, I had to fight for people to listen to me. People who worked with me and had higher levels of education in directing and scriptwriting felt they didn’t have to listen and didn’t trust what I said. I had to keep looking for the right team. I had to find team members who would support me and not hinder the project. It took three years and four different teams to find the right people.

SAT: Do you have any future projects in the works?

BB: Yes, I’m working on a script about a woman who accidentally becomes a mother when she’s not ready.

SAT: Is there a set time for that to come out or will you be working on promoting Sad Beauty for now?

BB: I will work on the future project as I’m promoting Sad Beauty. I’m not sure when the next project will be out yet.

BB: Movies are art. It’s very hard. It’s not easy to make films. One day, you’ll get to do it and won’t complete it or succeed. Don’t give up. If you want to be successful you have to be hardworking. If you want to be better you’ll have to practice more than others. Don’t go out and party, and you will get what you want. 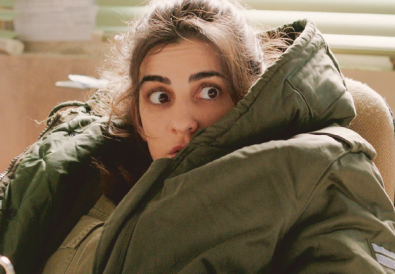 by Stephanie A. Taylor September 25, 2018
Stephanie A. Taylor is an award-winning journalist living in Chicago. She's been with FF2 since 2016. Her niche is women's issues. Her favorite articles she's written are: Women in media facing sexism, exclusivity, Pulchronomics plays a prominent role with women in media, and her interview with Danièle Thompson, French director of Cézanne and I (Cézanne et Moi.)
Previous Post Next Post