Despite happening in September, a multitude of films this year were set during and around Christmas at the Toronto International Film Festival. After all, many can relate to the high pressure that comes with the holidays, especially holidays you celebrate with your family. That sense of frustration and love is key to Paprika Steen’s new film That Time of Year, a dramedy set on Christmas. Steen has been acting for more than 30 years, creating a career in Denmark which usually called for her to play the louder, more extroverted characters. But in her third film as director, Steen is plays the “straight woman,” a woman hosting her loud and argumentative family for Christmas Eve dinner.

Lesley Coffin: What made you want to tell a Christmas story about family?

Paprika Steen: I think Christmas is a good setting for a movie, because the only true taboo is that our family’s crazy but we don’t want everyone else in the world to know how crazy. We say maybe, our mom’s a bit obnoxious, but inside we’re saying, she’s crazy. And there’s nothing like the annual family dinner to bring out all the masks we carry. Everyone has a number on their back, and that number never changes no matter how old we get. There is a competitive side to siblings and they become competitive about how you’re raising your kids. But when you walk out the door, you are also extremely protective about your family to the outsiders. It a strange thing.

Lesley Coffin: Is the family based on your own family?

Paprika Steen: No, and I’m still able to see my family because of that. Some of things are a little bit inspired by my own family. But I also had a writer and my ex-husband produced it. The boy in the movie’s my son. So I’m very inspired by my family, But I think the aspect that comes the most from my life are how many times I’ve found myself in one of the character’s positions. I’ve been the daughter upstairs, I’ve been the guest, and I’ve been the daughter hosting dinner. I just haven’t been the grandmother, yet. But there were three marriages on both sides of my family so there were 15 Christmases as a kid. But what Americans and Canadians don’t realize is, when they watch it they think “thank goodness that only happens once a year.” But in Denmark we have three dinners in one week.

Lesley Coffin: The film has an interesting visual sense of comedy. There is a sense of high-drama in the kitchen, using extreme close-ups to rev-up tension, and then filming the daughter in lower angles with this really soft light so her story is almost a melodrama. When you started filming did you plan to film all the scenes with these very distinct styles?

Paprika Steen: I set the house up so every room felt very different. The kitchen was the boxing ring. The living room is where the tradition happens. The first floor is a place to be thoughtful and contemplative. That’s why my daughter in the film is always upstairs in her room. I told my DP, she’s the Judy Garland of the film, the 14-year-old writing love letters in her bedroom. The attic is where the universe just stops, there’s no furniture, so you can do anything you want. And the other attic is just a fantasy world. I laid the house out like that, even if people don’t realize it.

Lesley Coffin: Your husband in the film essentially camps out in the kitchen and stays away from a lot of the drama going on in the living room and dining room. Why have that character kind of cut off from the action? Is he initially trying to avoid it her family?

Paprika Steen: I see him as the solid rock in her life, and I think it’s very common, at least in Denmark, for husbands to cook the Christmas Eve dinner. They don’t cook every day, but men cook the big dinners. My ex-husband spends three days in the kitchen cooking for Christmas Eve. He takes control of that area, allowing me to be the hostess. He’s taking care of everything, but doing it quietly. If she hadn’t had him, she would have had a nervous breakdown. He’s like the perfect husband. I had a perfect husband for 15 years, I know what it’s like to have that. The thing we sometimes forget about during the holidays is, husbands and wives are the family you get to choose. You have no choice about the siblings and children you get.

Lesley Coffin: There are three couples in the film, the sisters and their three husbands. And you introduce the new husband of the youngest sister. Did you want to draw any comparisons to the marriages of these three sisters?

Paprika Steen: I think at this point in their marriage, they are the most comfortable and real of any of the couples. I play country music over their scenes, playing in the snow. They are just in love, and don’t feel the need to analyze everything. They are attracted to each other, they love each other, that’s why they’re together. They are more blue collar than the other two sisters, because when you go up in class there is a tendency to tell yourself “you fall in love with the mind.” I don’t think that’s true. My other sister and her husband are always analyzing everything. What we don’t know about the youngest sister’s marriage is if their relationship will last. It’s really hard to be with an addict. I think the little girl is symbol of all the children looking at the adults misbehaving thinking “what are you doing?

Lesley Coffin: She has such a shocked look in her eyes.

Paprika Steen: She’s probably less terrified to see the adults acting like this than my son in the film or his cousin, who are older. I think parenting, and this all over the world, is so overprotective it’s getting out of hand. In the states especially, I can’t meet a mother who doesn’t say her child has an allergy. They are so protective of them everywhere, but then they go home and these kids are in a war zone. The parents fight and yell at each other and their kids so much. That idea is the next movie I’m working on.

Paprika Steen: They’re so politically correct about everything, yet their kid’s bouncing off the walls. It’s just crazy and sad to see that de-evolution.

Lesley Coffin: Were you ever concerned about balancing characters like them, who are very funny but sort ridiculous people, especially compared to the other characters?

Paprika Steen: They are just such great actors. They aren’t comedians, they’re known as dramatic actors. The woman who plays my middle sister is famous for playing very dramatic parts, she was on the show The Killing before it was remade in America. And the actor who plays her husband is a friend of mine that I’ve acted with many times. He played George to my Martha in Virginia Woolf. He rarely plays comic roles but I knew was one of the funniest people I knew.

Lesley Coffin: How do you select the roles you’ll play in a film you’re making?

Paprika Steen: I had all the actors I wanted to cast, but I was in doubt about who to cast in my role and my husband’s role. My producer told me to play it, but I said “I’m not making this to have an acting job.” And personally, she’s kind of the most boring character in the film. I’m used to playing women with really big personalities. But they convinced me, and I really did want to play someone a little more normal after playing so many extroverts.

Lesley Coffin: Were you concerned about having to be on set as an actress and directing at the same time.

Paprika Steen: On this, it was just a thrill. I really like doing jobs where I’m just an actress or just a director, but doing both wasn’t that much harder. I think it appeals to my natural bossiness. I kind of relax the more I have to do, the less I have to do the more restless I am. So the actor who played my husband noticed and said “you’re in your zone doing all this.” It surprised me that I felt so good about it.

That Time of Year made its World Premiere at the 2018 Toronto International Film Festival.

Photos: That Time of Year (Courtesy of TIFF) 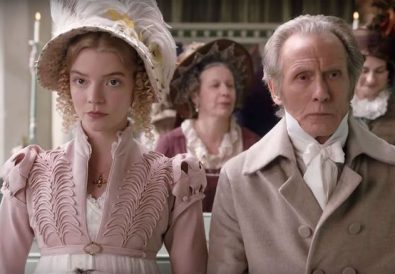 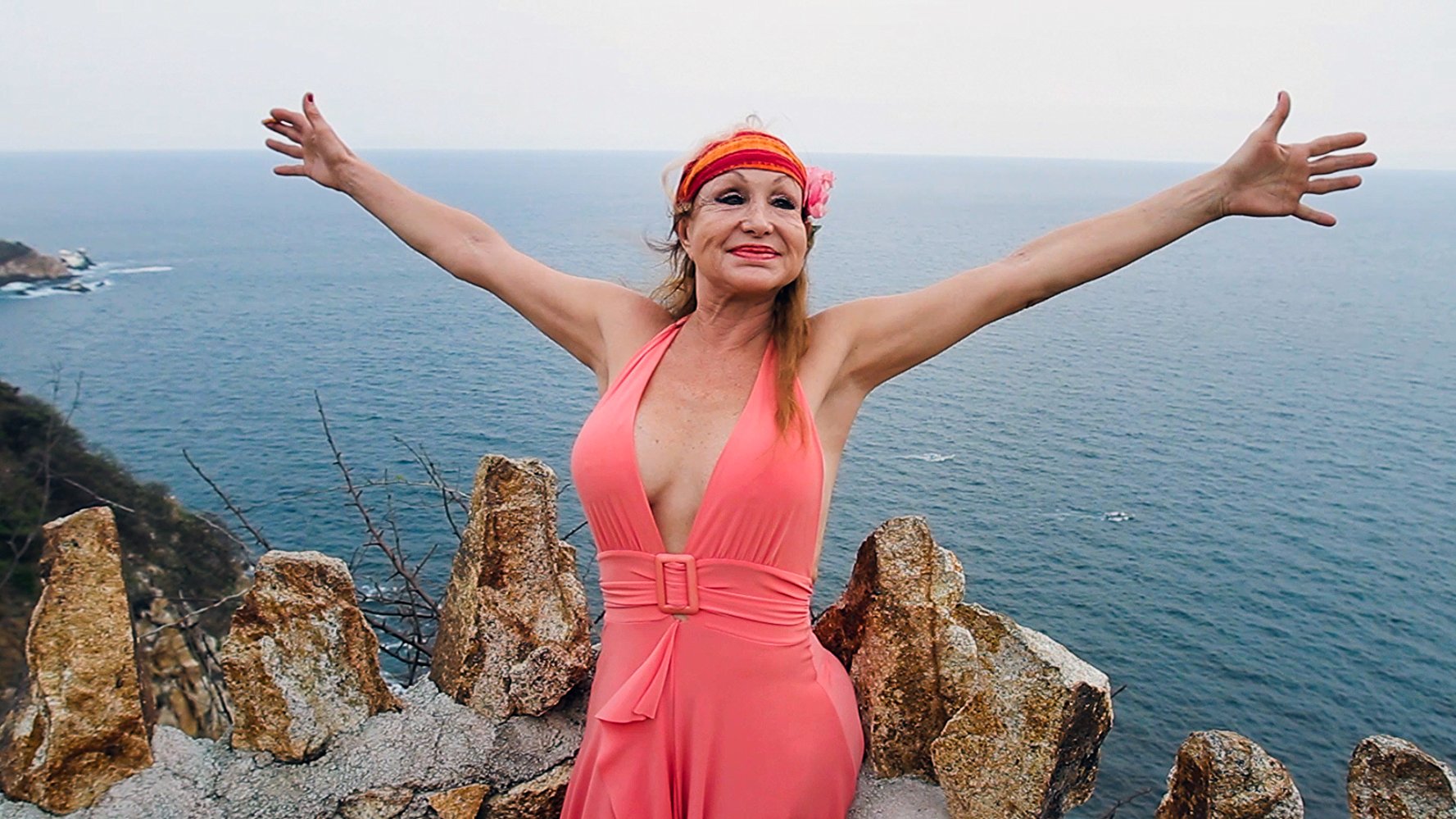