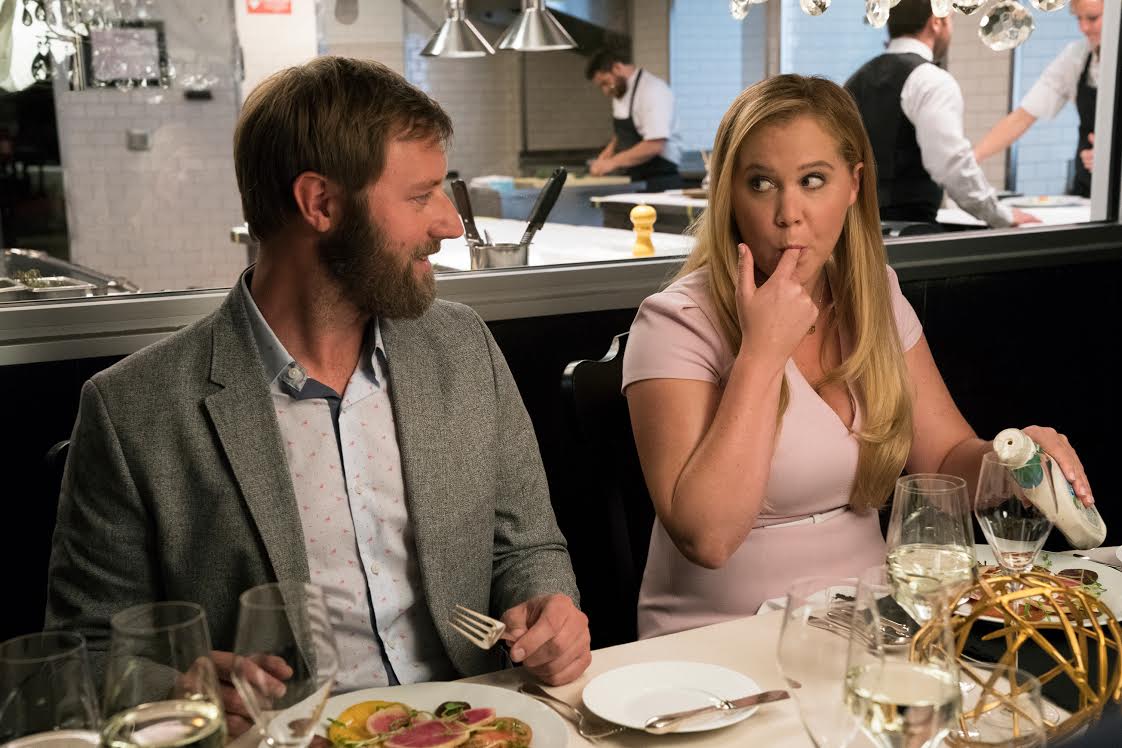 It’s been almost 20 years since Abby Kohn and Marc Silverstein arrived as two of Hollywood’s go-to romantic-comedy writers with Never Been Kissed. Since then, they’ve written a handful of female-driven romantic comedies including He’s Just Not that Into You, Valentine’s Day and How to be Single. But now they’re returning to their high-concept comedy roots with their co-directing debut, I Feel Pretty. Altering the body-switching plot device, the film stars Amy Schumer as Renee, a body-conscious New Yorker who sees herself in a new light after hitting her head. We discuss their long partnership, working with comic actors and what the title really means.

Lesley Coffin: What was it about this project that lead you to make this your directorial debut?

Abby Kohn: We’d been interested in directing for a while. We met in film school, and we went to film school with the goal of becoming directors. But then we started writing and that became our careers. But I think directing was always a goal we had in the back of our minds. And about three years ago we started to drill down and thinking about which film would be our directorial debut.

Marc Silverstein: And we started to write projects with that in the back of our minds.

Abby Kohn: Yeah, because we’d been sent scripts by other people, but as writers, we thought it was important to write it ourselves and show what our vision really is. So we wrote this with that as the vision, and we had the plan that if we were going to make this, we decided it wouldn’t be something we give away to another director. And if that meant having to sit on it, we were okay with that. We shopped this film around with us attached to direct or we weren’t going to sell it.

Lesley Coffin: I feel like I’m seeing directing teams more and more, and I know some have very specific roles, but a lot of times they are a cohesive unit. How do you two work?

Marc Silverstein: We are definitely the latter, and I think that comes from all those years writing together. At this point I think we feel like we have a shared voice, so when we’re on set together, I think we can anticipate what the other wants. There are moments where we need to discuss, but it’s rare that we don’t come to an agreement.

Lesley Coffin: A lot of your films have focused on female protagonists. They are contemporary romantic comedies. Looking at the work you’ve done as a whole, and now this film, do you feel like your body of work has created a signature style audiences identify?

Abby Kohn: There are definitely things which are a throughline which exists in all our films. They are definitely character comedies, they always have a true mix of comedy and heart. And that was true from the time of Never Been Kissed. But we weren’t intentionally creating a style, those elements exists in all our work because that’s what we like. I don’t sit down thinking of the comedy, but my authentic voice wants to make it a comedy. That’s who we are.

Lesley Coffin: So when you layout the story structure and then build the script, you aren’t thinking about where to add a comedic moment or where the story needs to have a tender moment.

Marc Silverstein: No, and especially not with a film like this. I wouldn’t call ourselves joke writers. I think those moments of heart and comedy are built into the characters, so it sounds like something those characters would organically say. Understandably, the beginning you should feel the heart because she’s struggling, and the end you should feel the heart in an inspirational way. But in the middle, I think the scenes all have a comedic conceit but it’s determined by the characters when you go for the laugh or when they go for the heart.

Abby Kohn: And I think we gave ourselves a gift by having a premise which lends itself to both. Of course she would roll her eyes at someone the audience knows isn’t flirting with her. The comedy flows so easily once you create this premise and create the characters.

Lesley Coffin: Did you write this with Amy in mind?

Marc Silverstein: We try to avoid writing with anyone in mind.

Abby Kohn: Although sometimes we write for a friend, who may or may not be a performer.

Marc Silverstein: Yeah, because you don’t want to write a part for someone and then have to find someone else you’re always comparing them to.

Lesley Coffin: Because it can feel like you’re casting a second choice?

Marc Silverstein: Exactly. We try to create a character that might be based on a friend or a couple of our friends. But it worked out that Amy fell in love with the screenplay and the role fit her perfectly. We didn’t need to have a lot of conversations about the tone of the character, we were always on the same wavelength.

Lesley Coffin: I’m a big fan of Rory Scovel but this is probably his largest role to date. How did he get on your radar as a choice to play Amy’s love interest? Did you hear any feedback about needing a bigger name for the part?

Abby Kohn: A little bit, but as a soon as people saw the chemistry between Rory and Amy together, they realized it was obvious that he was our guy. They are so lovably believable together, and Rory is so great. So much of this film depends on how other characters react to her, and his reactions are so perfect. He’s charmed by her, he’s amused by her, and he’s a little concerned about her. And you can see in his performance that he’s falling in love with her, and he does that so beautifully. He’s brilliant.

Lesley Coffin: Regarding the title and the

premise of the film, I think it’s important to note that although the title is I Feel Pretty, the film is about a woman’s confidence rather than her appearance.

Marc Silverstein: Exactly. The most important word in the title is absolutely “feel,” not pretty. Renee’s issues are looks-based, but that’s the underlying problem to the larger issue of her not feeling confident. And that lack of confidence can impact any aspect of your life. Some of the characters have other insecurities. They don’t like their voice, they struggle with their masculinity, or they don’t feel smart enough. Anything.