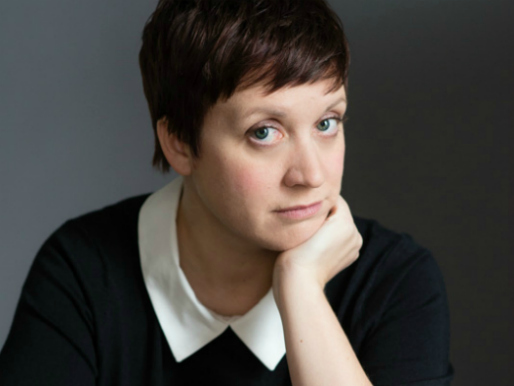 Elkhart, Indiana native Jessica Hardy takes comedy seriously as the founder of the long-running and increasingly successful Chicago Comedy Film Festival (CCFF) since 2010.  Taking place at the New 400 Cinema in the Rogers Park neighborhood of Chicago on November 9-11, the festival is one of the few comedy festivals in the country and will screen more than 50 short- and feature-films with Q&As with the filmmakers and talent after each showing.  This competitive film festival is what Hardy hopes will be a platform for independent comedy filmmakers to launch their career and “…encourage [them] to go bigger and think bigger.”

Completing her degree at Indiana University, Hardy moved to Chicago and studied at The Second City, completing their beginner, conservatory and acting programs.  Currently, she shares her love of improvisational comedy by teaching both children and adults.  Her dream was to always make a feature film, but as she said, “…I didn’t go to school for it so I felt like I shouldn’t.”  However, after a death in her family, she knew she had to embrace her time and do what she really wanted.  Her first feature film, so aptly timed to today’s conversation about sexual harassment in the film industry, was Off the Cuff, a mockumentary about sexism in the Chicago improv scene.  Learning from this filmmaking endeavor, Hardy went on to make two more feature films with her husband Brent Kado under the auspices of their production company Flowfeel Films.

Now in its seventh year, the CCFF had a few obstacles in its path as Hardy met with some resistance being told that she should follow in the footsteps of a long-standing male director and not do things her own way.  She confided, “I felt that we were being compared to things…and maybe we weren’t given a lot of credit in the beginning.”  She continued, “[Now] we’ve built something really great and I think we’ve shown that we have great voices…”

From its inception, the CCFF attracted submissions from not only Chicago, but all over the world, filling the void in festival programming for comedy.  Now a non-profit organization, the group’s mission statement is to “…support comedy filmmaking as a vital art form” and championing diverse voices.  Women are one such diverse group.  Hardy stated that the festival has, “…always done a top female filmmaker award because comedy, in the past, has been dominated by masculine voices.  We’ve made it part of our objective to accept a fair amount of female producers, writers, and directors…”  While the representation at this point isn’t 50-50, Hardy does see a growing trend with women in comedy.  Last year, Hardy proudly said, “…was the first year that the best feature went to a woman.”  The film, The Merry Maids of Madness by Jenn Daughterty also won the top female filmmaker award.

Creating your own work as a woman is Hardy’s answer to moving forward in this male-dominated field.  Referencing all that is happening in Hollywood right now, Hardy said, “I do feel like more women are feeling compelled to start making their own stuff rather than feeling obligated to just be in someone else’s film.”  Having lived and worked in L.A. as well as Chicago, she openly expressed her thoughts about the heated and necessary conversation that’s happening in Hollywood.  ““When you’re on set, you’re looked at as meat, basically…they’re looking at you to see if you have the physical attributes that put you at the top.”  She continued, “In Chicago, it’s a little more on the down low…but certainly there’s an underbelly…if you go out on a date with someone high up on the totem pole, if you play that game, you stay in the scene; you’re relevant.  If you don’t do that…you’ll quickly find yourself not being a part of that inner circle.”  She thoughtfully said, “It’s funny how 10 years later this conversation is going on about sexism in the Chicago community and the comedy scene and that’s been going on for a long time.  It’s taken this long for people to start

speaking about it.  That was the reason that I felt even more compelled to start doing my own thing.”

Hardy encourages others to “…negate the bad…write stories that you would like to tell.  Write yourself some parts that are strong female characters that you want to see…I just hope that we (the CCFF) are giving a platform for those voices so that  maybe it will be echoed.”

Many voices will be heard at the CCFF as the festival opens the doors of The Second City Harold Ramis Film School on Thursday, November 9 for its Opening Reception and Chicago Shorts Program.  The remainder of the films begin on Friday evening following a Red Carpet Reception and will run through Saturday evening at the New 400 Cinema. Many up-and-coming as well as seasoned veteran filmmakers and actors will also be a part of the festival such as Petra Bryant and Henry Hereford (“For the Love of George”), David Figlioli (“Special Unit”), Matthew Atkinson (“Room for Rent”) and many more.

As Hardy described this “community based” feeling among festival participants as support from one another extending long after the festival, she was excited to share a new aspect of the festival.  For the first time, a Chicago-based distribution company, Quest Star Entertainment who has relationships with “…all the big guys [Netflix, Hulu],” Hardy laughed, “I said big guys!  It could be big girls!”  Whether guys or girls, the CCFF has something for everyone, but most importantly, it promises to have a lot of laughs.

For more information about the festival go to ChicagoComedyFilmFestival 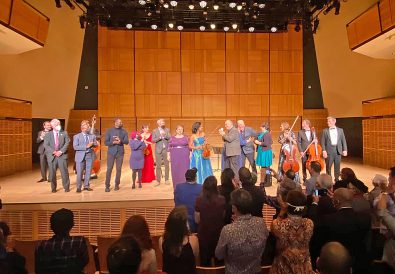 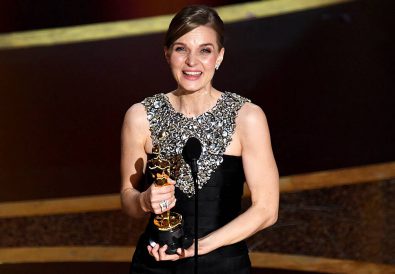 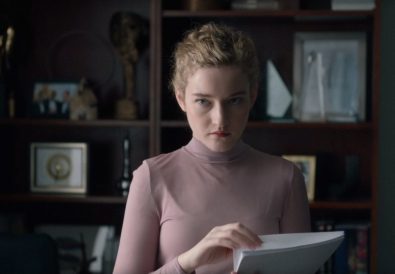 by Pamela Powell November 2, 2017
New York native film critic and film critic Pamela Powell now resides near Chicago, interviewing screenwriters and directors of big blockbusters and independent gems as an Associate for FF2 Media. With a graduate degree from Northwestern in Speech-Language Pathology, she has tailored her writing, observational, and evaluative skills to encompass all aspects of film. With a focus on women in film, Pamela also gravitates toward films that are eye-opening, educational, and entertaining with the hopes of making this world a better place.
Previous Post Next Post