Actresses Lena Dunham, Amber Tamblyn and Rose McGowan have spoken out against Hollywood mogul Harvey Weinstein amid the sexual harassment allegations detailed by the New York Times. Meryl Streep’s longtime publicist gave the Huffington Post a written statement regarding her August: Osage County and The Iron Lady collaborator. “Not everybody knew,” she said. “The disgraceful news about Harvey Weinstein has appalled those of us whose work he championed, and those whose good and worthy causes he supported. The intrepid women who raised their voices to expose this abuse are our heroes.”

The October 9 statement comes a day after Weinstein’s firing from his co-created company following the exposé that revealed eight court settlements for decades of alleged sexual harassment and abuse. Actress Octavia Spencer took to Twitter, writing, “Giving the side eye to all of these ‘reporters’ who keep hunting down high profiled actresses and asking them to comment on Weinstein. #AskMen.”

In Hollywood, particularly, people have no problem asking men – whose opinions weigh heavily in the film awards cycle and box office turnout. Film critics associations continue to have a disproportionate percentage of voices, including Rotten Tomatoes, composed of roughly 83 percent men and only 17 percent women.

While late night hosts, Saturday Night Live and other Weinstein collaborators have remained silent, Hollywood director James Gunn (Guardians of the Galaxy) posted a statement on his verified Facebook page:

On Sexual Predators in Hollywood (and the World)

I was on my way to a party Friday night with three close female friends, when the subject of Harvey Weinstein’s sexual abuse allegations come up. They started having a casual conversation about the many times they’ve been sexually harassed in their lives.

One of them talked about how her manager at a restaurant pushed her to the ground, kissing her.

Another discussed a boss at a nightclub who fired her when she wouldn’t go out with him.

Another talked about a film producer who said he could get her roles if she “treated him well”.

And then another round of stories started, of these women being grabbed and molested and abused by bosses and managers and agents. And then another round started: endless incidents of these women being subject to the unsolicited sexual advances of men, ranging from your every day entitled Hollywood scumbucket douchebag to attempted rape. As I said, to them this conversation was casual – they’ve gotten used to sexual harassment being a part of their everyday lives – but to me it was horrifying.

As we’ve discovered lately with the numerous sexual allegations against Harvey Weinstein, Bill Cosby, Roger Ailes, and Bill O’Reilly, sexual predators have no political affiliation. They are Republicans, Democrats, Communists, Nazis, Green Party, Whigs, and whatever-the-hell-else is out there. But they also know no status or occupation.

Yesterday, I tweeted that if even 1/10 of the stories about Harvey Weinstein are true, and I believe they are, then good fucking riddance. Fuck him and everyone who enabled him to get away with such behavior. The tweets got a lot of news coverage and I got a lot of responses. One of the primary responses was that sexual predation is a terrible problem… for Hollywood.

Well, yes, that’s true. Sexual predation is rife in Hollywood. But it’s also rife EVERYWHERE. As evinced by the stories I heard Friday night, some men – probably a much larger percentage than any of us want to be true – try to coerce women (or children or other men) sexually, and they will try and do so when they get any small amount of power. They are movie stars and network heads and world famous bloggers – but they are also fast food restaurant managers and used car salesmen and, as I learned as a child (and tried to speak out and was shut down), priests.

And they are EVERYWHERE. And they are killing us. When someone is coerced sexually it not only affects that person, but the lives of those around that person, like rows of dominoes falling in every direction. It demolishes trust and comfort in all of society. And evil men are doing this everywhere, every day, in every occupation, and every type of household, all over the world.

I am hoping with recent truths coming to light, that their reign is coming to an end, in Hollywood, and everywhere. I promise to do everything I personally can to stop it, and I applaud and have deep love for every human being who breaks the silence.

Another high-profile male director, Judd Apatow, posted, “Wealthy people buy silence with settlements.The confidentiality clause allows predators to hurt other people. For decades.” He joins Gunn and Streep, a longtime advocate for women’s equality, in speaking out against sexual harassment “inexcusable” behavior. Streep concluded her statement by calling on others to speak out against the issue. “Each brave voice that is raised, heard and credited by our watchdog media will ultimately change the game.”

Photo: Harvey Weinstein arrives for a film screening at Cannes Film Festival on May 24, 2013. 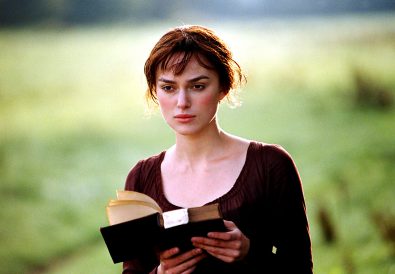 by Brigid K. Presecky October 9, 2017
Brigid Presecky began her career in journalism at Chicago's Goodman Theatre. In 2008, she joined FF2 Media as a part-time film critic and multimedia editor. Receiving her Bachelor of Arts degree in Communications from Bradley University, she moved to Los Angeles where she worked in development, production and publicity for Berlanti Productions, Entertainment Tonight and Warner Bros. Studios, respectively. Returning to her journalistic roots in Chicago, she is now a member of the Chicago Film Critics Association and certified Rotten Tomatoes Film Critic.
Previous Post Next Post