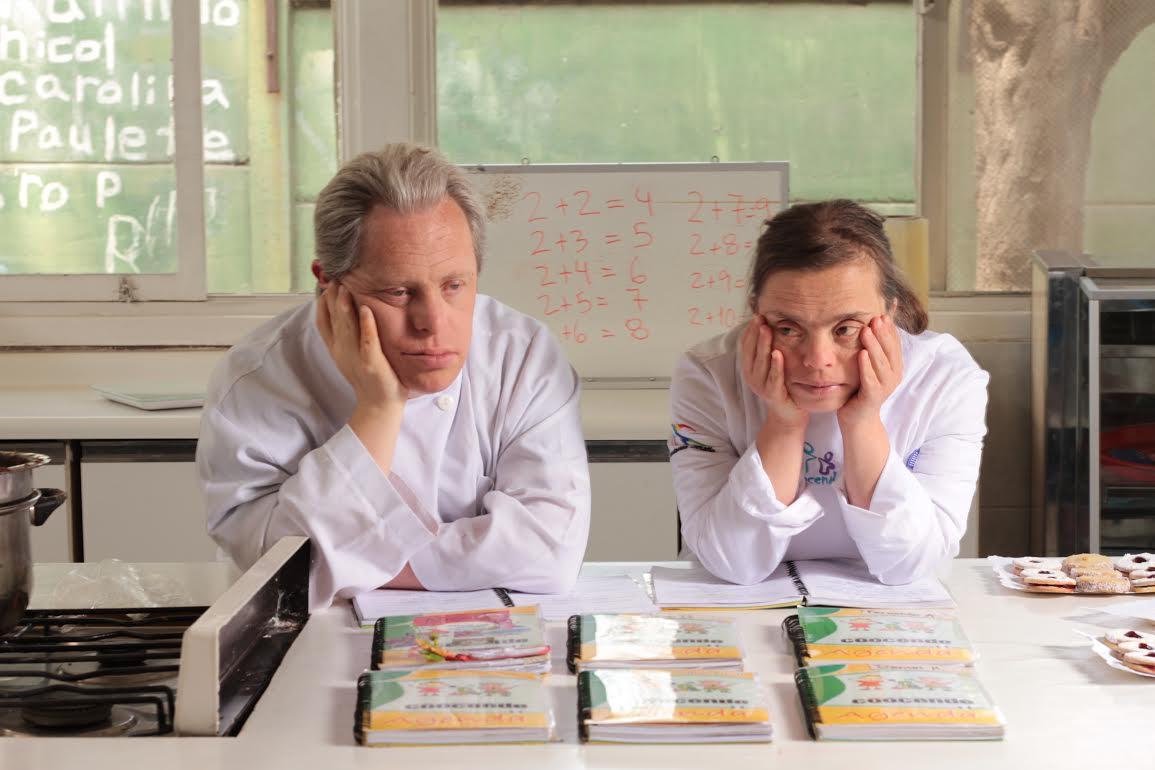 Ten out of the 21 documentaries at the 28th annual Human Rights Watch Film Festival New York City were directed by women, including a rare retrospective. Co-presented by the Film Society of Lincoln Center and IFC Center, most screenings were followed by Q&As with filmmakers, film subjects, Human Rights Watch researchers and other experts in the field.

Documentaries directed by women (and featuring women) centered on themes of war and its lingering impact, women’s rights and justice for equality. Key to the emotional power and intimate revelations in these films is the trust and sensitivity towards their subjects.

Documentaries on war and its lingering impact:

The festival paid tribute to the dedicated, long-term commitment of director Pamela Yates in documenting the rise of indigenous Guatemalan activists by presenting her completed trilogy in a marathon as The Resistance Saga.  Featuring Nobel Peace Laureate feminist indigenous advocate Rigoberta Menchú, she tracked their strategies to defend their land and their lives, and bring to justice military and political leaders who warred against them over decades.

The Resistance Saga featured the groundbreaking When the Mountains Tremble (1984), with smug soldiers and the defiant people of the Central American interior drawing strength from their ancient culture; Granito: How to Nail a Dictator (2011), where she searched her original footage (and her memories) for evidence of genocide against the Mayans to submit before the International Criminal Court; culminating in the New York premiere of her latest informative installment.

500 Years: Life in Resistance provides a compilation overview of the coalition-building—among multilingual, widely dispersed tribes and with the urban population disgusted by corruption and oppression– that finally toppled the Guatemalan government in 2015. Interviews and activities of several individuals, particularly crusading columnist Alicia Velásquez Nimatuj (a Maya K’iche’) for a wide academic perspective, and young impassioned Mayan activist Andrea Ixchíu on the front lines are interspersed with news coverage and cinema verité footage of community organizing efforts, non-violent street demonstrations, and police retaliation. Paladin will release 500 Years in U.S. theaters beginning July 12, then it will stream on Amazon Prime Video.  (NLM: 4/5)

A Palestinian boy lives in medical and political limbo at Tel HaShomer Hospital, east of Tel Aviv, Israel, since extreme treatment for a rare disease left his limbs amputated, but his life saved. Over four years, co-director Israeli photojournalist Rina Castelnuovo-Hollander, with American videographer Tamir Elterman, intimately followed him and his devoted, self-sacrificing grandfather Abu Naim.  Even his name becomes symbolic of the border his suspicious father, heartbroken mother, siblings, and cousins can rarely cross – his Muslim Arab family in faction-torn Gaza calls him Muhammad; his affectionate Israeli caretakers nickname him Muhi and include him in their Jewish observances.

Despite saccharine playing on the heartstrings for a disabled child overcoming adversity with infectiously good spirits, his isolation, dependence and adaptation are perceptively used as a prism to see the ironies, prejudices, difficulties and tensions of humanitarianism when first world medical care is just 43 miles from third-world conditions – and impacted by the bitter strife between Palestinians, and between Palestinians and Israelis.  The directors are leading a crowd-sourcing campaign “to share Muhi’s story and secure his future,” including new prosthetics as he grows.  (NLM: 4/5)

With the West pushing Syrian war refugees as far back as possible, British sisters Sophia and Georgia Scott document the psychological impact of war, spending a year at the first miles of the migrant crisis in northern Lebanon.  They closely follow four people who would be disarmingly “normal” in the U.S., including 26-year-old Reem in Beirut.  Their subjects emotionally describe the fear and bombs they fled (tinged with homesickness) and are proud of how well-organized they’ve been during their year or two in America.  But in a country of 4.4 million already disrupted by the permanent Palestinian “refugee camps,” the half-million Syrians are wearing out a reluctant welcome. The directors are right there as the four get more depressed and angry for being variously arrested, denied travel and work documents, and shut out of schools and housing.  The world powers that aren’t solving the Syrian civil war should hope they don’t get radicalized (or worse) while all they want are normal lives.  (NLM: 4/5)

With her impassioned first film, activist Tiffany Hsiung expands the public’s knowledge about the World War II-era “comfort women” sexually enslaved by the Japanese Imperial Army.  Embracing survivors as “Grandmother,” Hsiung (herself a survivor of childhood sexual abuse) largely focuses on South Korea, where efforts to get the Japanese government to formally apologize to the women have been the most vociferous, centering on “Grandma Gil” who inspires younger supporters by her strength for weekly demonstrations at the Japanese embassy in Seoul and international presentations of her story, including at the U.N.

From her base in Canada, Hsiung has advocated since 2009 to interview all the very elderly victims of the horrific system that ensnared up to 400,000 young women throughout Japan’s East Asian colonies and occupied territories.  In rural China, she follows an historian (himself the adopted son of a traumatized and outcast survivor) as he finds and documents the agony and consequences they never revealed before.  In the Philippines, she befriends a support group giving a “grandma” the courage to finally tell her family.  The emotional wallop surmounts the unclear political negotiations and the film’s confusing organization.  (Icarus Films will release The Apology on DVD/VOD in September 2017.) (NLM: 3.5/5)

Which workers are legally mandated to be paid a pittance with no choices and no educational opportunities when they’re over 25?  Adults with Down Syndrome.  Now living to an average age of 60, sheltered workshops, laws, and services remain geared towards children.  Chilean documentarian Maite Alberdi spent almost two years at a local private institution, but sadly the same assumptions hold in many states and countries.  In her third film, Alberdi beautifully demonstrates these paternalistic issues through the gold standard of observational documentaries– intimately showing, without telling, over time the challenges and discrimination a usually invisible population faces through the daily lives of distinctive, sympathetic individuals.

Nearing 50 years old, these friends face escalating ironies – encouraged to be independent, the pittance they earn at the school’s bakery or patiently assisting elderly with dementia prevents them from affording anything like the rent and living expenses for the household they yearn to have like everyone else, even as they now outlive their (controlling) parents.  They’ve been attending this same program for decades and are bored.  No viewer will be, as you will be completely caught up in their lives and struggles against a complicated system that needs to realistically change.  (NLM: 4.5/5)

Debut feature directors Heather White and Lynn Zhang heartbreakingly document some of the millions of migrant workers who flock from rural areas to the central city of Guangzhou, China’s third most populous, to work in huge electronics factories. Giggly teenagers arrive, but after working long hours at such jobs as wiping phone screens for 12 hours a day with carcinogens like benzene and n-hexane, they are exhausted before they’re 23, with sick bodies weakened by pain and suicidal psyches full of guilt for their aging parents.

The directors spent three years following fellow worker Yi YeTing, who, while battling his own cancer, helps hospital rooms full of distraught patients demand recognition for occupational illnesses.  He dares to correlate hot spots of leukemia and nerve disorders with specific employers– contractors, like Apple’s giant partner Foxconn, among others. The directors are spearheading a petition to “Demand Apple and Samsung Protect Workers from Being Poisoned”  (NLM: 3.5/5)

Documentaries on justice and equality in life:

Long-time couple Victor and Fernando are inspired to propose when a famous Mexican actor in Mexico City wins a precedent-setting case in the highest national court for a civil same-sex marriage.  Their families and friends live in Baja California State where they run a fashionable beauty salon and plan to be married.  But their town and state refuse.  Documentarian Cristina Herrera Bórquez makes the subsequent two years of dragged out, increasingly absurd legal proceedings surprisingly absorbing. She captures how the case changes the two chatty and charming men into mature activists, fed up with humiliation.  By reflecting back (with photos and a few interviews with others) on their childhoods and families, their coming out to themselves and their parents, they gain the strength to find sympathetic local lawyers and to insist on their legitimacy to marry, first seriously in conventional tuxedos, and finally joyously in the midst of what was probably the biggest gay rights demonstration in their home state.  (NLM: 3.5/5)

Too many news stories of familial murders include the awful irony that the victim had recently obtained a restraining order.  This documentary extensively details the key case study in the effort to get police departments around the country take restraining orders seriously.  With her home movies and family photographs, Jessica Gonzales Lenahan illustrates her past with a deteriorating marriage, four children and terrible domestic violence that made the TV news.  Directors April Hayes and Katia Maguire followed her for more than nine years she deals with a tragedy could have been prevented had the police department in her small town Colorado town acted on her complaints. Now a determined advocate,  she takes her case all the way to the Supreme Court, the Inter-American Commission on Human Rights and U.S. Department of Justice compliance – even as her family life goes through rambling cycles of wreck and recovery.  (NLM: 3/5)

While a recent study by the Center for the Study of Women in Television and Film at San Diego State University found that major U.S. film festivals screened almost twice as many documentaries directed by men as by women in 2016-17, the Human Rights Watch Film Festival continues to be at the forefront of parity.  Last year, 10 out of the 18 films were directed by women. Some of these films are also shown at versions of the festival in Amsterdam, London, San Francisco, and Toronto.

Watch for them as they open in theaters, streaming platforms, or broadcast on PBS or other channels. 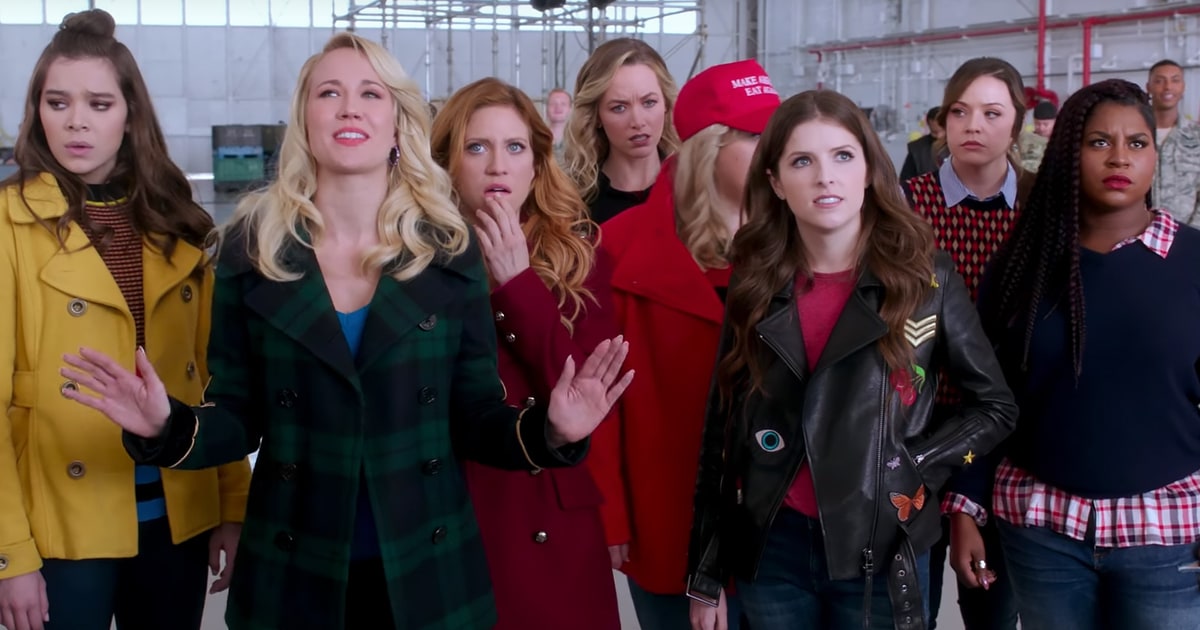 by Nora Lee Mandel June 23, 2017
Nora Lee Mandel is a member of New York Film Critics Online. After high school weekends spent learning film history at NY’s Museum of Modern Art, she studied film criticism at New York University. In addition to many years of writing for national and New York City organizations in the arts, education, history, and city planning, her reviews of documentaries, independent, and foreign-language films, books, television, exhibitions, and music have also appeared in such outlets as: Film-Forward.com, FilmFestival Traveler and Lilith Magazine, the independent Jewish feminist quarterly. Her ongoing Critical Guide to Jewish Women in Movies, TV, and Pop Music has been the basis for her talks around the New York region.
Previous Post Next Post