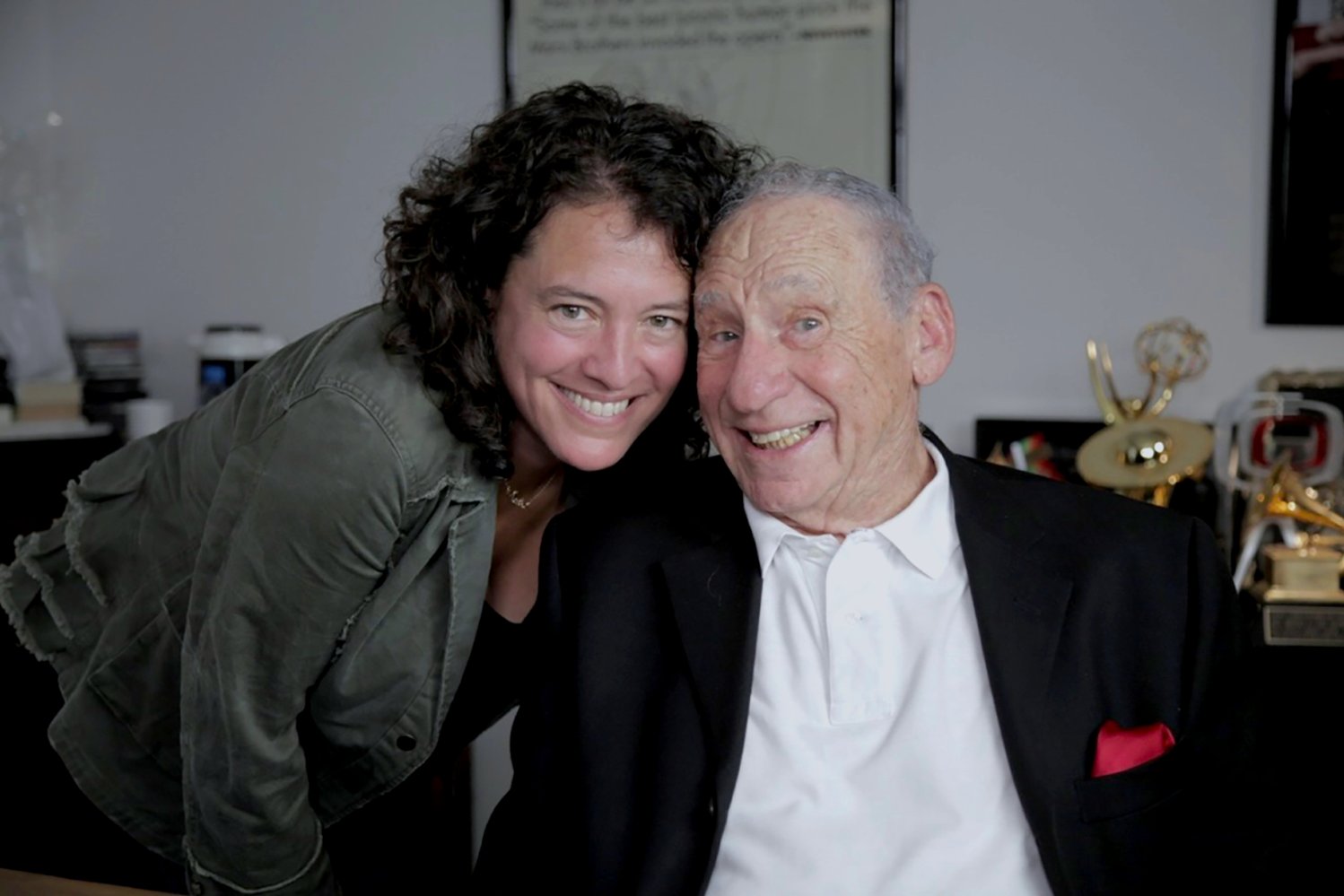 Are there topics too horrible or controversial to make jokes about? Abortion, slavery, race, 9/11. Should the Holocaust be considered off limits to comedians? According to Director Ferne Pearlstein and the comedians and subjects interviewed for her new documentary The Last Laugh, that’s the wrong approach.

Humor can be empowering for survivors, and have a discussion about something once thought unthinkable. Pearlstein, an award-winning cinematographer who has worked on documentaries such as Raising Nicholas, Freakonomics and Sumo East and West, challenges “PC culture” in her latest film about humor with the help of interview subjects including Mel Brooks, Judy Gold, Sarah Silverman, Susie Essman, Alan Zweibel, Harry Shearer, and Jeffrey Ross.

Lesley Coffin: What was the original premise you had for the film and how did that change as you filmed and interviewed subjects?

Ferne Pearlstein: I had the idea that this would be a film particularly for a younger generation, Jewish or not Jewish, that they would connect to because of the comedy and learn about this other side of things, without it feeling like homework. That was my goal and I know that the young people who have seen it have felt that way. So my goal for the film now is to make it clear that they are part of my audience, although not exclusively, and I’m starting to talk to schools and groups about that.

Lesley Coffin: When you were learning about the history of the Holocaust as a young person, what do you think got excluded or dismissed, in or out of the home, because of something being considered taboo?

Ferne Pearlstein: I came from a very Jewish community and learned a lot about it, but sometimes it felt like that was the only thing we were learning about, this history of something that happened to the Jewish people. And one of the reasons I was so interested in interviewing Renee Firestone, a survivor, was she isn’t exclusively interested in talking about the Holocaust. She’s an anti-genocide activist and has gone around the world to fight genocide.

On the eve of her 90th birthday she went to Rwanda to talk with survivors there. I don’t think it’s just important to teach Holocaust education, we need to teach empathy. We need to have anti-genocide education to remind people terrible things happen when we don’t empathize with other people different from ourselves.

If we just keep saying never again, but you’re only thinking about your own group, it will happen again because you have no empathy for those others. Even in the recent news, when people were so upset that on Holocaust Remembrance Day Trump didn’t mention the Jewish people, I was upset that we didn’t talk about 13 million people who died. It shouldn’t just be the 6 million Jewish people we remember, we also need to remember the little people, the mentally ill people, all the people who died. I understand why there is such attention on the Jewish people, that is one of the largest groups to die in a genocide, but I personally feel the more we talk about these things on a larger scale, the better.

Lesley Coffin: Renee is an incredible woman to follow in the film, you could have a documentary just about her. What was it about her sense of humor that empowers her to this day?

Ferne Pearlstein: She happens to have a certain dark and humorous way. There are several survivors who say my sense of humor is literally what got me through. Renee never says that in the film, but she lives it. She sees things in a particular way, but it’s also not a black or white issue with her. She doesn’t think every joke is funny. She sees some younger comedians making jokes and she didn’t think all of them were funny. But she’s also not offended, even if she doesn’t think it’s funny. She’s about to be 93, so there is a generation gap, but she’s very open-minded. She’s just this light, there is no other way to describe her.

Lesley Coffin: The documentary really highlights the generational differences among Jewish comics. Did you notice a big difference between the first, second, third, and now fourth generations, and what they thought was appropriate to joke about?

Ferne Pearlstein: If you think about a comedian like Mel Brooks as the first generation, who was making Nazi jokes in the Catskills two years after the war. That was pretty daring, but now it so accepted to make jokes about an oppressor, young audiences don’t even realize how daring he was. Then there’s a person like Alan Zweibel, who was a joke writer for people Mel Brooks age, and he’s the generation that started to make those jokes more accepted. And then you have someone like Sarah Silverman who turns those jokes on their sides. She’s not just making jokes about Nazis, she’s making jokes about Holocaust deniers, in this ironic way.

Time just pushes things a little bit further. I don’t think there were Anne Frank jokes in the generation immediately following the war, but now there are. But the problem we run into is, as we become more removed, it’s easier to detach from what the jokes really is about. Can anyone make these jokes? Is Holocaust fatigue something to be concerned about? Mel Brooks asks, will it become just like the Inquisition, where people don’t really know what it’s all about. The difference is, now we have films to remind us what happened, which the Inquisition didn’t, so it could help us keep the memory alive.

Lesley Coffin: And while we don’t have as many people still alive to talk first-hand about the Holocaust, you address other subjects where people can talk first-hand about what may offend them because of their personal experiences. Comics talk about racism, abortion and 9/11. Did you know that from the beginning you want to broaden the film’s scope?

Ferne Pearlstein: From the beginning I knew I would. If it were a two-hour movie I would have done that even more. Or now that we have OJ: Made in America, it could have been a series, because I have the material from interviews. I didn’t set out to make a movie about the Holocaust, I set out to make a movie about humor, looking at it through the lens of the Holocaust. What’s interesting is, when I showed younger people cuts of the film before we had the other taboo subjects cut in, it didn’t work as well because without a reference to something they felt might feel is too soon or something that made them feel uncomfortable, they didn’t understand the larger concept. When you see Chris Rock make a joke about the Twin Towers, that still makes people incredibly uncomfortable.

Lesley Coffin: Circling back to Mel Brooks for a second, The Producers was brought up a couple of times in the film, and it was considered too soon when the film came out, but it and the musical have become classic comedies. The notion of “too soon” comes up again and again, and it seems like this loop of, it’s too soon but people can’t start dealing with it until someone does something too soon and break the ice.

Ferne Pearlstein: Different comedians have different philosophies. Carl Reiner said there’s something about making the perfect joke right when it happens. Gilbert Godfrey thinks “too soon” is BS. What makes it better if you say it six months later? Each person has a completely different feeling. But really, “too soon” jokes happen all the time, and sometimes they’re even better because it can be this necessary relief valve.

Lesley Coffin: It’s on a small scale the reason we hear jokes at a funeral, and I’ve never been to a funeral where that doesn’t happen.

Ferne Pearlstein: When you sit Shiva, everyone will say you’ll get some of the biggest laughs. Because crying and laughing are so closely linked, there’s obviously this human need and when your emotions are raw, you react in bigger ways.

Lesley Coffin: When approaching the comedians, how did you pitch the film to them?

Ferne Pearlstein: When you’re approaching Mel Brooks, there’s no reason to try to trick him into doing something. His entire career’s about pushing those buttons, and talked about people like Renee who will say, there was humor in the camps that was very necessary for survival. That’s what made it okay for me to take on the film, and I think that’s what made people like Mel Brooks want to take part. Renee said in the film, “Laughter is a human instinct, even if it was in the camps” and that is something comedians completely understand. 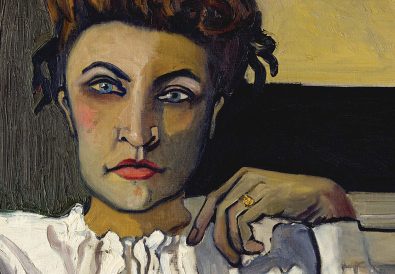