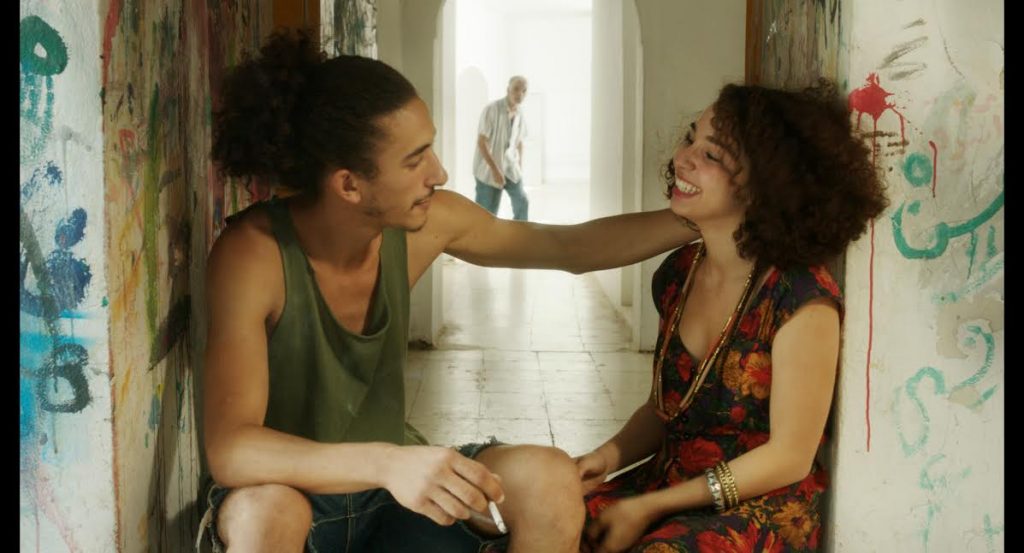 Leyla Bouzid’s new film As I Open My Eyes, was made just as Bouzid now lives. Raised in Tunis, she immigrated to Paris to study in France, earning a degree at the Sorbonne University and film school at the Femis School. Just a few months before the Jasmine Revolution she films her short film thesis project Soubresauts in Tunisia, but returned to France to finish school and make a second short, Zakaria (which earned her a multitude of awards).

As I Open My Eyes brings her coming of age full circle; a French-Tunisian co-production about the fearful days leading up to the Jasmine Revolution; when young people (especially young women) feared pursuing their passions. In the film, Farah (newcomer Baya Medhaffar), a smart girl accepted to medical school, wants nothing more than to pursue her passion for music (and relationship with a young man in her band). The band’s lyrics speaking of revolution raises interest of the police. Leyla and I spoke by phone about making the film and her real-life inspiration.

Q: I understand the film is based on your experiences as a teenager when you were involved in a cine-club?

A: It was a club I went to as a teenager. It was an official organization, a lot of young people went to. But I had a friend in the club, a man that we became very close to. And he was the only person with his own flat at the time, so we spent a lot of time at his place. But a year and half later we found out that he was not a friend, but in fact one of the secret-police, who was there to watch we did. To record all our activities. It was a complete shock to me, and made me realize how much we were being watched.

Q: It’s interesting that organizations which aren’t by definition political, like a cinema club, would be considered worthy spying on. Do you feel that artistic groups like a cinema club or the band in the film could promote political change by promoting opening conversations?

A: Yes, but in the script, I didn’t want Farah to be actively political, at least in the beginning. I wanted the film to have a three act structure, and for the first act to have very little political commentary. The first act’s about her daily life and her family issues. The second act is about the band and society she lives in. That’s when we start to see how differently she has to behave in her home compared to how she behaves when she’s outside the house with her friends. So, it becomes political. And the third act focuses much more on the political aspects she has to confront, simply because she’s an artist. And the film has a very strong political message, but I didn’t want the film to be militant. I wanted it to focus on story and character. So it had the energy of the youth and energy of a woman, without focusing on the bigger political powers. So if you know anything about the history or politics, you will see the political ideas on screen. But even if you aren’t looking for those things, you will still find the story entertaining.

Q: Why did you choose to focus on the relationship between mother and daughter?

A: For me, their relationship was the final impact of the film I wanted to leave audience with. The music at the beginning and end was important, but mother-daughter singing together was the most important moment. The mother seems at first like someone who’s crazy overprotective. But as the film goes on, and the threat to her daughter comes to the forefront, you see her side. You see that she’s justified to be so overprotective. And both of them grow up during this film…her mother changes because she’s watching her daughter grow up. And that felt very true of my experiences, the things girls went through changed the way their mothers saw things. And part of that relationship evolving means allowing your daughter to grow up by making her own mistakes, not just protect her all the time.

Q: I understand this is Baya Medhaffar’s first movie. How did you find her?

A: It’s her first time acting and singing. We had a very long casting period, and I met a lot of young girls who were talented, but very few who could sing and act. But then I met Baya, who was only 17 years old at the time, hadn’t even graduated high school. And I loved her right away, seemed so carefree. And when I asked her to sing, she performed an Amy Winehouse song. We brought her back several times, because I needed to make sure she was the right person for the part. But every time she came back she brought this lightness to the character. She was perfect for the role.

Q: Were you living in France during the production period?

A: Yes, I started writing the film in my last year of cinema school. And was writing it during production on my graduation short. So after I showed that film, a producer contact me and asked if I had a feature film idea, which was this film. So, this was actually a French-Tunisian coproduction, because I wanted to film there. I wrote and did a lot of the financial planning in France and then went to Tunisia for filming, and came back to France to edit and sound mix.

Q: What’s it been like showing the film in Tunisian, compared to when you take it to international festivals?

A: It’s very different because at international screenings, many of the audiences are discovering political issues they weren’t aware of before. And they have a lot of feelings about what they’re seeing, even if they aren’t familiar with everything. When I took it to Tunisian, people are so close to the subject matter and have experienced similar things, it’s a more personal reactions. They remember the fear they had living with. But I’m just glad both audiences are having an emotional reactions. It’s so beautiful when people who don’t come from my country identify with the characters. Film is so powerful because it can bring people closer to people in countries they’ve never visited before.

Q: Was the music performed by the band written for the film?

A: Yes, the band was created for the film, and we recorded the music live on set. That was the biggest challenge we faced during filming. Because we had to write original music after I finished the script, but before we started filming. And it had to reference what was going on throughout the film.

Q: How did you select the title song to bookend the film?

Top Photo: As I Open My Eyes, Baya Medhaffar 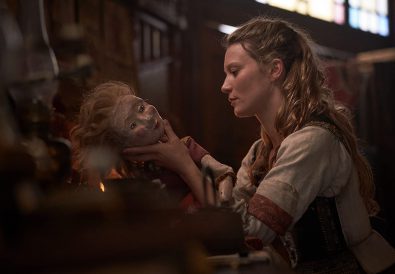 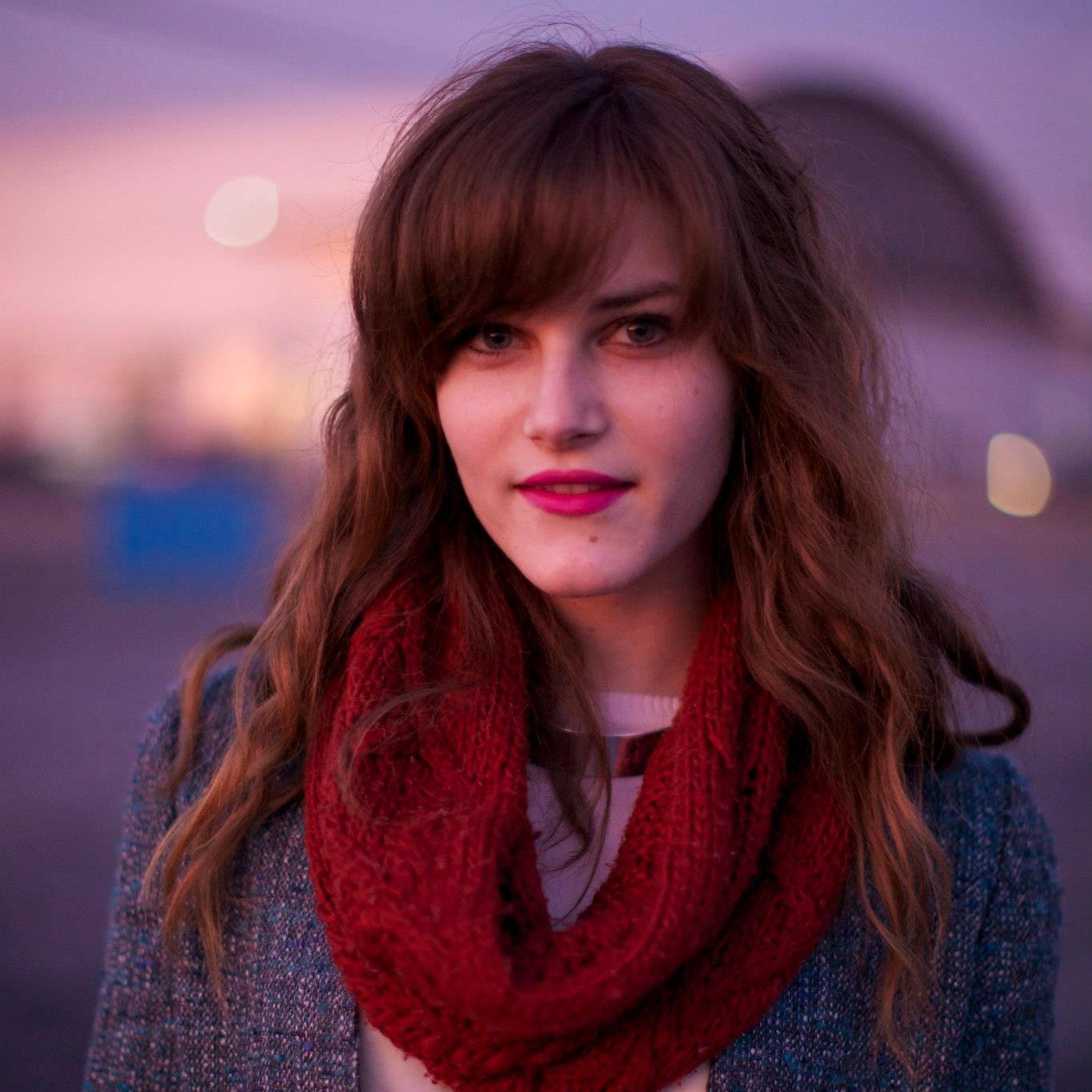 Elyse B. Thaler 5 years ago

by Brigid K. Presecky October 6, 2016
Brigid Presecky began her career in journalism at Chicago's Goodman Theatre. In 2008, she joined FF2 Media as a part-time film critic and multimedia editor. Receiving her Bachelor of Arts degree in Communications from Bradley University, she moved to Los Angeles where she worked in development, production and publicity for Berlanti Productions, Entertainment Tonight and Warner Bros. Studios, respectively. Returning to her journalistic roots in Chicago, she is now a member of the Chicago Film Critics Association and certified Rotten Tomatoes Film Critic.
Previous Post Next Post