In real time we follow a collaborative mission between Britain, Kenya and the United States to monitor and capture several high-ranking terrorists and their recruits in a Nairobi safe house. Kenyan authorities are in position, as field agent “Jama Farah” (Barkhad Abdi) provides interior surveillance with mobile video bugs, while two American Air force officers pilot a drone providing a feed of the surrounding area. At the helm, British “Colonel Katherine Powell” (Helen Mirren) remotely directs the operation. Also monitoring are “Lieutenant Frank Benson” (Rickman) and a board of British representatives. However, Powell pushes for the mission to become a kill, when Farah’s feed reveals a large arsenal of weaponry, including suicide vests. Things become further complicated when a little Kenyan girl “Alia” (Aisha Takow) sets up shop to sell loaves of bread directly outside the safe house.   An intense debate erupts among the officials as whether or not to fire at the safe house.

Maybe it’s my tendency towards escapist entertainment, or the head-scratching current election season, but I’m usually skeptical towards political thrillers. However, between the good cast, an impressive 94 percent score on Rotten Tomatoes, and an urging from a good friend, I couldn’t resist making time for Eye In The Sky.  Boy was it worth it. While this film asks many questions about the nature of modern, drone-driven warfare, it wisely answers none of them, as both ethical and legal repercussions are endlessly debated at a Twelve Angry Men level. Eye In The Sky succeeds marvelously both as a fast-paced, suspenseful thriller and as a thought-provoking parable. All of the main characters, from military personnel to diplomats to field agents are three-dimensional and feel like real people, who happen to be burdened with very hard decisions.

In one of his final roles, Alan Rickman delivers a very belivable performance as seasoned Lt. Frank Benson. Giving orders to Col. Powell as he sits with the other British Government officials, Benson indicates his preference for carrying out the kill mission, despite the inherent risk of an innocent little girl’s death in the process. Yet, Benson is not a depicted as a hawkish military man or a quick trigger. However, in his eyes, the little girl’s possible death is justifiable knowing that the terrorists will take out many others if they’re allowed to escape with their weaponry. Both the film’s screenplay and Rickman’s wonderful performance make it clear that the idea of executing such a plan troubles Benson just as much as the others in the room. Mirren is also excellent as the determined, more hawkish Colonel Powell. While not without a heart, Powell is less concerned with the possible outcome, wishing to let nothing stand in her way of accomplishing her mission. The supporting cast, including Breaking Bad’s Aaron Paul, Captain Phillips’ Barkad Abdi, Phoebe Fox, and Jeremy Northam all give effective performances as conflicted individuals, none of whom want the responsibility of the potentially devastating decision. Newcomer Aisha Takow also makes an impression as innocent little Alia, whose presence spark emotions that transcend government and politics. With a tight screenplay, efficient direction, a top notch cast and all sides thrown on the table, Eye In The Sky stands not only as a fantastic exit for Alan Rickman, but a powerful story that challenges you the viewer to answer its central questions for yourself. Do not miss this one! 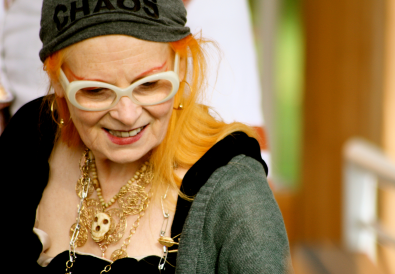