Richard Attenborough’s only foray into horror, Magic, tells the story of “Corky Withers” (Anthony Hopkins), a shy, anxiety-ridden magician who struggles to get through a performance. Corky eventually finds success when he incorporates ventriloquism into his act with “Fats” an expressive wooden dummy. Fats is not merely a prop, he is Corky’s alter-ego. Although Corky’s agent “Ben” (Burgess Meredith) lands him a TV pilot, Corky refuses a required medical exam for fear his secret of conversing with Fats will be discovered. Corky flees to his native Catskills, deciding to look up his high school crush, “Peggy” (Ann-Margret). While pursuing a romance with the unhappily married Peggy, Corky becomes increasingly submissive to Fats, with deadly consequences.

Working from a novel and screenplay by the legendary William Goldman (Butch Cassidy and the Sundance Kid, The Princess Bride, Marathon Man), Attenborough has created a very effective, unique horror film. Don’t let the presence of a dummy fool you—Fats is no Chucky. There are no supernatural overtones, no special effects, and nearly an hour elapses before the first death. Magic is purely psychological, slowly unveiling an inevitable sense of dread as Corky’s sanity begins to erode.

Of course, Anthony Hopkins and the word “horror” may spark thoughts of a certain other role.  However, the Corky Withers/Fats character possesses far more dimension than Hannibal Lecter. Whereas Lecter is a dungeon-lurking menace, Corky is a well-intended man, hampered by severe mental illness. When we first meet Corky, something is clearly wrong. A perspiring, shaky mess, Corky is attempting his first magic show at an open mic-night. Failing to capture the audience’s attention, Corky descends into a shouting fit on stage to the stunned crowd.

Hopkin’s performance (for which he mastered ventriloquism very impressively), Goldman’s writing and Attenborough’s direction all work in tandem to reveal the simmering, repressed feelings that threaten to destroy Corky. Hopkins’s marvelous performance paints Corky as more tragic than scary. Ann-Margaret is also charming as the free spirited, sweet Peggy. Together she and Hopkins have such a believable romantic chemistry that I was hoping that Corky would crush Fats so the two of them could live happily ever after. Burgess Meredith also turns in an excellent performance as Corky’s agent, Ben. Ben initially comes off as just another show business hardass, but in the end one can tell he is genuinely concerned for his client.

Attenborough’s impressive crew adds to Magic’s uniqueness. Cinematographer Victor J. Kemper’s camera work captures the misty, creepy autumn of upstate New York. The haunting musical score of the late Oscar-winning composer, Jerry Goldsmith, alternates between deep emotion and suspense, with heavy vaudevillian motifs thrown in. From start to finish, Attenborough’s passion for directing is clear. With a heavy emphasis on character development, fine performances, and an emotional story at its core, Magic is a very un-cliché horror film, and I highly recommend it. 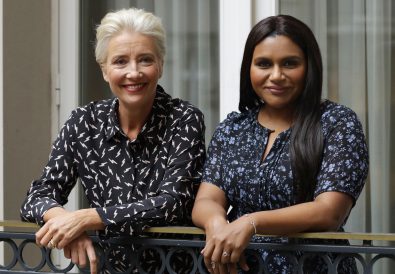