July 4, 2011 was the 35th anniversary of Israel’s daring raid on Entebbe Airport so I expected some commemoration; to my dismay, the day came and went with barely a word from the American press.

But filmmakers Ari Daniel Pinchot and Jonathan Gruber were way ahead of me. I’m not sure when they started work on Follow Me: The Yoni Netanyahu Story, but releasing it now allows them to include footage shot at Yoni’s graveside last year, with extremely moving glimpses of elderly Benzion Netanyahu supported by his two remaining sons Benjamin (“Bibi”) and Iddo. 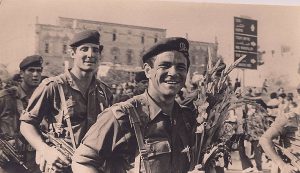 Looking back 36 years, the success of the raid on Entebbe still seems impossible. Using interviews with many of the members of Yoni’s team (including former Prime Minister Ehud Barak who is now Prime Minister Benjamin Netanyahu’s Minister of Defense), Pinchot and Gruber describe the elaborate planning that went into this dangerous operation: over 100 Jewish hostages were rescued from a distant airport in Uganda and all the terrorists were killed; Yoni was the only Israeli soldier lost that day.

Pinchot and Gruber are equally eloquent in their depiction of Yoni’s private life, interviewing not just family members and friends, but Yoni’s wife Tirza “Tutti” Goldman and Bruria Shaked Okun (the woman he was living with after he and Tutti divorced). Long before he was killed in action during the raid on Entebbe, Yoni had distinguished himself in both the Six Day War in 1967 and the Yom Kippur War in 1973. When he died, he was a Lieutenant Colonel in the IDF, and a respected commander in the elite Sayeret Matkal.

Yoni Netanyahu was a complex man of many accomplishments. In a summer season filled with overblown cinematic “superheroes,” this genuine hero is an especially welcome presence. I urge you to see Follow Mewhen it opens at the Music Box Theatre on Southport on July 6. For more information, visit: www.musicboxtheatre.com.

Sorry to say, I found HBO’s new epic Hemingway & Gellhorn quite disappointing. Despite its 155 minute runtime, the core of the film (covering the Spanish Civil War in 1937) is muddled. And adoring scenes of Martha Gellhorn watching Ernest Hemingway type (as if she were first learning how to be a writer) made me grit my teeth. 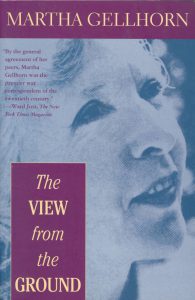 Despite the Jewish team behind-the-camera (consisting of director Philip Kaufman and screenwriters Jerry Stahl and Barbara Turner), there is nothing Jewish about Nicole Kidman’s portrayal of Gellhorn. She was one of the first journalists to arrive at Dachau after it was liberated (an experience vividly described in her 1948 novel Point of No Return), and she covered developments in the new state of Israel through-out the ‘50s and ’60s. (Articles from these decades can be found in her collection The View from the Ground.) So Gellhorn’s Jewish background was a fundamental part of her identity, but you’d never know it from watching this. Hemingway & Gellhorn is available on On Demand. A DVD version is in the works.

World-famous photo journalist Steve Schapiro once lived in Manhattan’s infamous Dakota Building, but he now makes his home on Lake Shore Drive. When I heard he would be speaking at the Instituto Cervantes on June 5, I called to arrange a chat.

In addition to his popular books on The Godfather and Taxi Driver, Schapiro is also responsible for some of the most iconic photos ever taken of Barbra Streisand. I asked him specifically about the Lazy Afternooncover. “Barbra designed most of the images. She had a very good sense of design and imagery and it wasn’t the photographer who supplied that, it was Barbra… Barbra’s career is really based on the fact that she always knew what was best for her and then she really stood by that and really fought for that and so some people have felt that she was difficult. But I don’t think she was difficult. I think she really had a sense of what was right for herself.”

Schapiro told me he has a new book coming out in September: Steve Schapiro, Then and Now. “It’s a collection of pictures which have never been published. Pictures that play against each other. The best example is a picture of Jane Fonda on one side and sumo wrestlers on the other.” So the key theme is juxtapositions? “Yeah, I would say that.”

by Jan Lisa Huttner July 15, 2012
Jan Lisa Huttner is a Brooklyn-based arts critic & feminist activist. She is the creative force behind the SWAN Movement—Support Women Artists Now—which has just begun its third phase as International SWANs® (aka iSWANs). In the Jewish world, Jan is best known as the author of two books on Fiddler on the Roof—Tevye’s Daughters and Diamond Fiddler—both of which flow from a strongly feminist POV. She also served as both story consultant and “talking head” on the award-winning documentary Fiddler: A Miracle of Miracles.
Previous Post Next Post