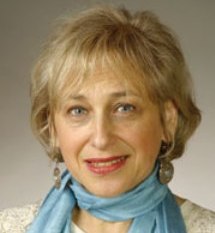 When the husband of a married woman refuses to grant her a Jewish divorce (called a “Get” in Hebrew), she is referred to as “agunah” (“anchored/chained”). Sometimes this emotional abuse is a continuation of assaults and betrayals documented during the marriage; other times it is financial extortion. Regardless, until the man agrees to grant a Get, the woman is unable to move on with her life (and absolutely forbidden to remarry) long after the marriage has failed.

When I called Siegel, she said: “A friend of mine has a daughter who was unable to get a Get from her husband. She went through all kinds of exertions and humiliations and things she never thought she’d have to go through in order to get her daughter out of this marriage. When she finally came up for air after this horrible experience, she and her husband decided that they wanted to do something to raise awareness.

I was a video producer, so they said to me: ‘We would really like you to make a documentary about Get abuse and we’ll help raise money.’ There were already two filmmakers working on this, Menachem Daum (who made A Life Apart: Hasidism in America) and Jack Comforty (who made The Optimists), and they both gave me footage that they had already shot. So I came into some footage and I got moving.”

But, Siegel cautioned: “This topic is just too complicated to stand alone. The reason that this film is only one hour and not true feature length (which would be 90 minutes), is because we really made it so that there could always be Q&A afterwards.” The panel discussion following the Spertus screening will include Siegel as well as Sharon Shenhav (Director of the International Jewish Women’s Rights Project) and Rabbi Gedalia Schwartz (from the Rabbinical Council of America), two of the “talking heads” included in the film itself.

According to the Spertus website: “Siegel and co-producer Leta Lenik see the film as a way for rabbis and laypersons, often pitted against each other on this issue, to hear each other’s points of view.” But after watching the screener, I just can’t understand how anyone justifies a system which traps women in such unfair circumstances and allows men to act in ways that seem so clearly mercenary. So I will definitely be at Spertus on Mar. 11, eager to learn more.

Also on Mar. 11 (but a few hours earlier), I’ll be doing a Women’s History Month program of my own down at KAM Isaiah Israel in Hyde Park. The subject is “Sholem Aleichem’s Women: A Tribute to Marie Waife-Goldberg.” Waife-Goldberg, the youngest of Solomon Rabinowitz’ daughters, was the author of My Father, Sholem Aleichem (originally published by Simon and Schuster in 1968). This will be an expanded version of the talk I gave at the 3rd annual Limmud Day of Jewish Learning at UIC on Feb. 19.

Last month, I told you how much I loved Miri Ben-Ari’s CD The Trip to Beautiful. So with mellow jazz in mind, I headed to her concert at Lincoln Hall on Feb. 16. But what a surprise—Ben-Ari has now transformed herself into a Hip Hop artist, using her dazzling violin skills in the service of new beats that culminated in an intense encore number called nothing less than “The Ten Commandments”!

This talented young woman is also the founder and CEO of “Gedenk” (the Yiddish word for “remember”) which creates PSA’s using the tag line “The Holocaust happened to people like us.” Read more about Ben-Ari in Jenna Benn’s article for Oy!Chicago: http://www.oychicago.com/article.aspx?id=20651.

On Feb. 19, the Illinois Holocaust Museum and Education Center in Skokie hosted a screening of The World Was Ours: The Jewish Community of Vilna before Its Destruction in World War II with special guest Mira Jedwabnik Van Doren.

Narrated by Mandy Patinkin, The World Was Ours is primarily based on footage Van Doren shot in 1993, when she returned to Lithuania to attend the 60th commemoration of the liquidation of the Vilna Ghetto. But as she explained during the Q&A, Van Doren’s film does not dwell on the Nazi period: “I didn’t want to talk about the War. You can already get that from Aviva Kempner’s film Partisans of Vilna. In my film, I wanted to show what was lost.”

DVD copies can be purchased (for home use only) from www.TheVilnaProject.org.